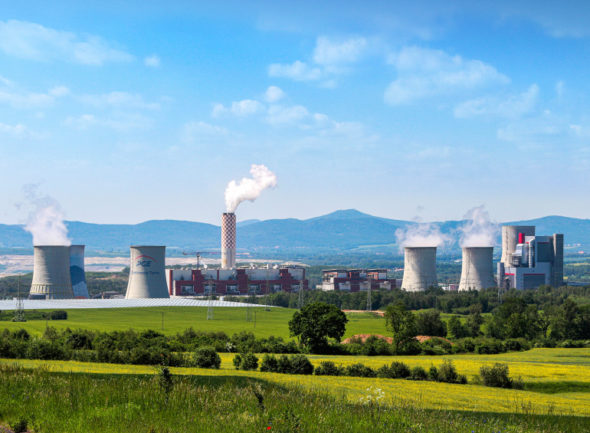 What goes on in Poland on the 9th of June.

Czechs give Poland three weeks for a response on the Turów mine. They threaten a fine

“The Czech government wants to give the Polish side three weeks to comment on the financial sanctions for further lignite mining in the Turów mine,” the Czech Greenpeace informs. Earlier, Prague issued a recommendation to submit to the Court of Justice of the European Union (CJEU) a penalty application for failure to implement remedies in the dispute between Poland and the Czech Republic. Poles were ordered by the court to immediately stop the work of the lignite mine in Turów, but they did not.

At the request of Poland, the Czech Republic agreed to negotiate an international agreement at the governmental level, which was announced yesterday by the government in Prague. The purpose of the agreement is to obtain a guarantee that Poland will fulfill the demands of the Czech Republic related to the mitigation of the negative effects of the Turów mine operations, and provide financing for the implementation of necessary actions in this regard and compensation for current and anticipated costs.

Czech Deputy Minister of Environment Vladislav Smrž said that the Ministry of Foreign Affairs had sent a penalty application to the CJEU yesterday, but he added that Poland had three weeks to respond to this matter. The Czech Greenpeace confirmed this deadline in its press release. The Wirtualna Polska portal informs that the Polish-Czech agreement is to be concluded within two weeks at the latest, according to the plan of the Polish government.

The Marshall of the Łódzkie Voivodship has published a Territorial Just Transition Plan, which contains the dates for turning off energy generation units at the Bełchatów plant and an end date to lignite mining in the Bełchatów region. The development of a Territorial Just Transition Plan for the Łódzkie Voivodship is a mandatory requirement in the process of seeking EU funding for the region.

“We very much want the Łódzkie Voivodship to be able to access EU funding for the just transition. Setting the dates for shutting down the energy units at the plant in Bełchatów and ending extraction at the lignite deposits Bełchatów and Szczerców and thus also withdrawing from the plan to mine the Złoczew deposit are of fundamental significance from the viewpoint of planning the future of the Bełchatów energy complex, its employees and the region’s residents. They are also symbolic because the success of Polish energy transition will largely depend on the outcome of this project,” Wojciech Dąbrowski, CEO of PGE Polska Grupa Energetyczna, says.

In the Territorial Just Transition Plan, the Łódzkie Voivodship Marshall presented the dates for shutting down the energy units at the Bełchatów plant. According to data from the Ministry of State Assets, these are: 2030 – 1 unit, 2031 – 1 unit, 2032 – 2 units, 2033 – 2 units, 2034 – 3 units, 2035 – 2 units and 2036 – 1 unit. A plan for ending lignite mining in Bełchatów was also presented – according to the Ministry’s data, extraction at the Bełchatów and Szczerców deposits will finish in 2026 and 2038, respectively. The Territorial Just Transition Plan for the Łódzkie Voivodship confirms that mining coal from the Złoczew deposit would be permanently unprofitable, hence PGE is not planning to mine lignite there and the area has been added to the transition area. The Łódzkie Voivodship needs to receive support from the EU’s Just Transition Fund in order to be able to implement the decisions that were published in the Territorial Just Transition Plan.