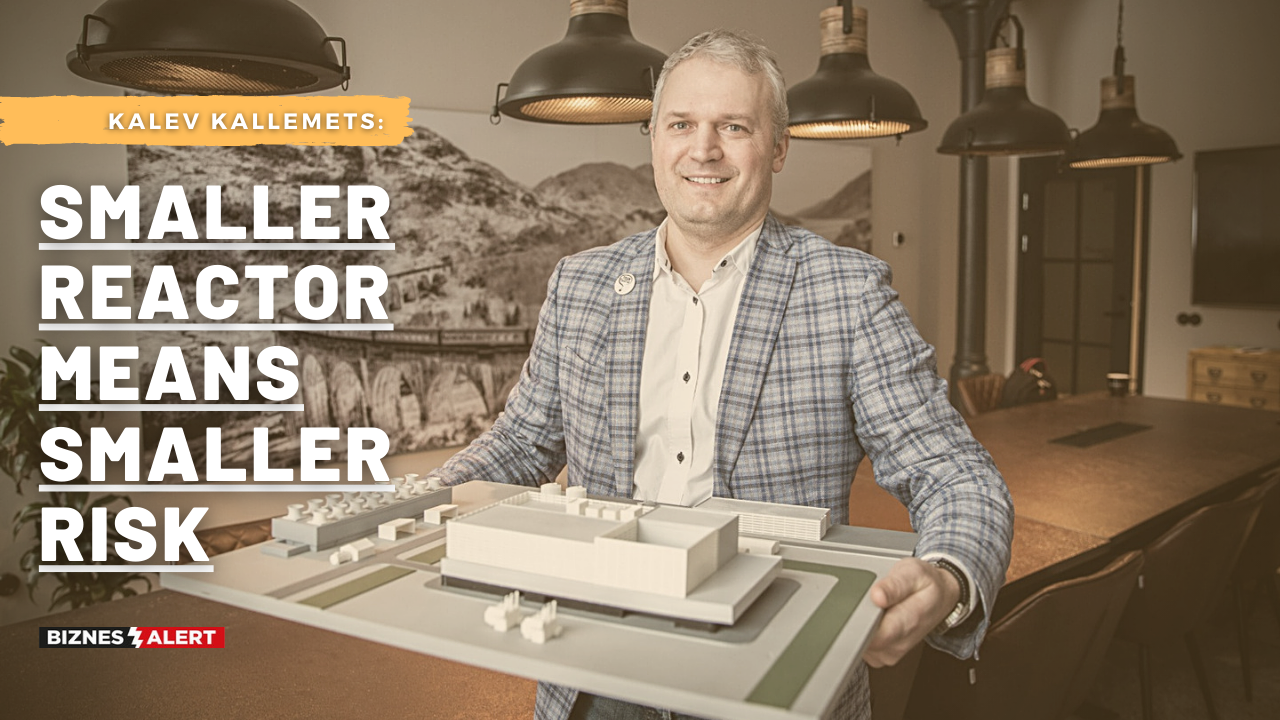 Why is Estonia reaching for small modular reactors technology instead of big conventional one? – One of the reasons is “success” of Polish and Finnish nuclear programs. This success is very limited. Smaller reactors bring lower financial risks – says Kalev Kallemets, Fermi Energia CEO.

BiznesAlert.pl: Why do you need SMR?

Kalev Kallemets, Fermi Energia CEO: Baltic Countries have decided to desynchronize from post-Soviet grid until 2025. We take 1000 MW from Russia, Kaliningrad and Pskov oblast. This capacity will be shut down, we will have 700 MW Harmony Link connection with Poland then.

When your SMR will be ready?

2025 is in four years but we have to be ready until 2035 because new Estonian government decided that all shale oil power will be shut down until then. This process might happen faster because of increased CO2 emission prices. The situation is similar like Poland. If you pay 50-70 euro CO2 per tonne it will be significantly loss making for fossil companies.

Why not big nuclear reactors?

One of the reasons is “success” of Polish and Finnish nuclear programs. This success is very limited. Smaller reactors bring lower financial risks. Total capital risk is lower. In many countries like Bulgaria or Ukraine they have problems with such capital heavy projects.

But SMR technology will happen in thirties, right?

It is not true. Ontario province in Canada is 100 percent serious about having SMR technology ready in 2028. This is one of the three technologies. They have all the money and political support to do it. They have hard climate neutrality policy in Canada. They need multiple SMR’s all around the country to reach the goal of carbon neutrality. Americans also have NuScale license and will go into construction in next two years. Rolls-Royce SMR in Great Britain will have government backing and strong commercial interest behind it.

We have no alternative. If you understand that European Union will go carbon neutral by 2050 it is impossible and totally stupid to build new gas units. Its operating time is more than five years. The cost of electricity even without the CAPEX, only with fuel and CO2 allowances, will be economically unfeasible mostly. It would be insane to build new gas generation. If you can build SMR cheaper, it is a no-brainer.

What will be the next step?

We made a declaration on European licencing with Fortum, Vattenfall, Nuclearelectrica and other companies. It is really important that we will pursue similar designs and licensing principles to drive down costs to everyboby.

Is there an opportunity for SMR in Poland?

SMR are easier, faster, and cheaper choice in comparison to large reactors which even in best conditions take 8-10 years of construction. It is a high risk strategy. SMR are simper, less risky, even if the designs are not completely licensed. But when it comes to licensing Polish big nuclear reactors, you need to get a lesson from France or Finland. It will take many years to get the construction license and then up to decade of building it. Rome was not built in a day. If you try to do it, you can fail.