Konieczny: Poland can’t afford to be irrationally afraid of the nuclear (INTERVIEW) 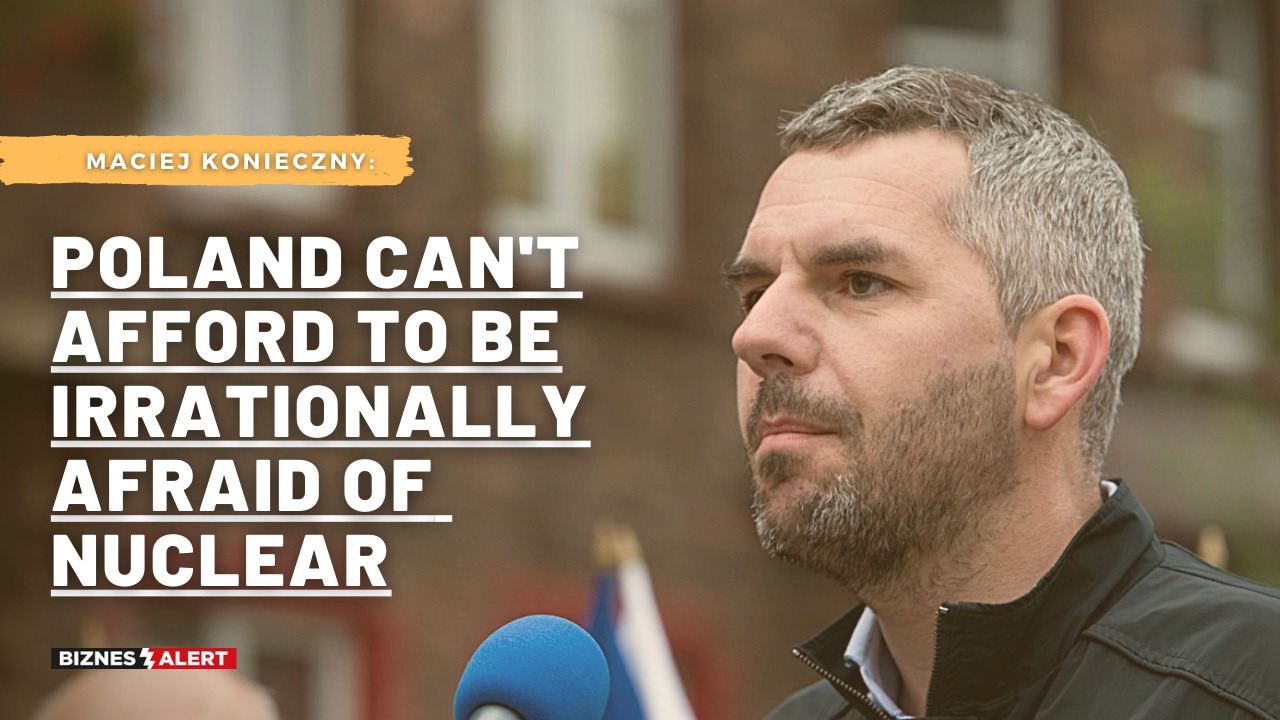 Unfortunately, because of the phobias about nuclear power shared by a big chunk of the political class, many states give up on the only stable and green source of energy that is currently available. This results in higher emissions from fossil fuels and increasingly more frequent power outages. Poland can’t afford this irrational fear. In order to phase out coal and maintain a basic energy security of the state we need nuclear power – says Maciej Konieczny, MP from Lewica Razem.

BiznesAlert.pl: How does your party assess the energy strategy adopted by the government?

Maciej Konieczny: The direction proposed in the document is generally correct. We should start phasing out fossil fuels and replace them with a combination of renewable energy sources (RES) and nuclear power. Unfortunately, all of that still does not tie in with the climate targets, which we took up with the European Union. So we need things to move more and move faster. Especially that the commitments we are talking about didn’t come out of nowhere. We need to reach the ambitious climate targets to avoid an environmental disaster.

As an MP from Silesia, I am especially concerned about the lack of specific transition plans for post-mining regions. Specific, doable plans are necessary for negotiations with the European Union, which is more open to talking about a comprehensive regional transition project than just about subsidizing mining. However, above all we need to make sure that the outgoing jobs will be replaced with new ones that are of at least the same quality. Otherwise, we will forever lose a few hundred thousand jobs in mining and mining-related businesses, which will cause a social disaster. It doesn’t have to be this way. If we properly use Silesia’s industrial potential and EU subsidies, instead of staying behind when it comes to the green industrial revolution, we could actually lead the way. Unfortunately, the actions we have taken so far, or rather lack thereof, do not suggest this will be the case.

What role nuclear power and RES should play in Poland’s energy sector?

We should start with the fact that nuclear power and RES complement each other very well, so they should not be presented as an either/or option. There is no conflict here. Nuclear power is a stable basis for the power system that is independent of the weather conditions, but at the same time we should use as much power from wind farms or PV panels. So, on the one hand we have green, zero-emission power sources such as nuclear power and renewble sources, and on the other fossil fuels such as gas and coal. The choice seems simple and considering scientific facts – not controversial. Unfortunately, because of the phobias about nuclear power shared by a big chunk of the political class, many states give up on the only stable and green source of energy that is currently available. This results in higher emissions from fossil fuels and increasingly more frequent power outages. Poland can’t afford this irrational fear. In order to phase out coal and maintain a basic energy security of the state we need nuclear power.

It is said that the demand for power will experience a linear increase. Is this assumption in line with the idea of degrowth and should it impact Poland’s economic policy?

Even if we manage to radically increase our ability to conserve energy and if we stop measuring economic growth according to the GDP as the universal measure of development, we will still have to switch from fossil fuels to power in many areas of life and the economy. Even if we go on the ecological fast track, electrified public transport will not run on the smiles of happy passengers. If we prioritize the fight against climate warming we will need a lot of electricity soon. Nuclear power actually plays well with the perspective of degrowth, because it needs the least amount of resources. For the left it is as much important to protect the climate, as it is to make sure that possible, ensuing limitations are fair. In short, today the richest people cause the biggest emissions and they should be targeted by the regulations first.