Kowal: The “do not annoy Putin” policy no longer makes sense (INTERVIEW) 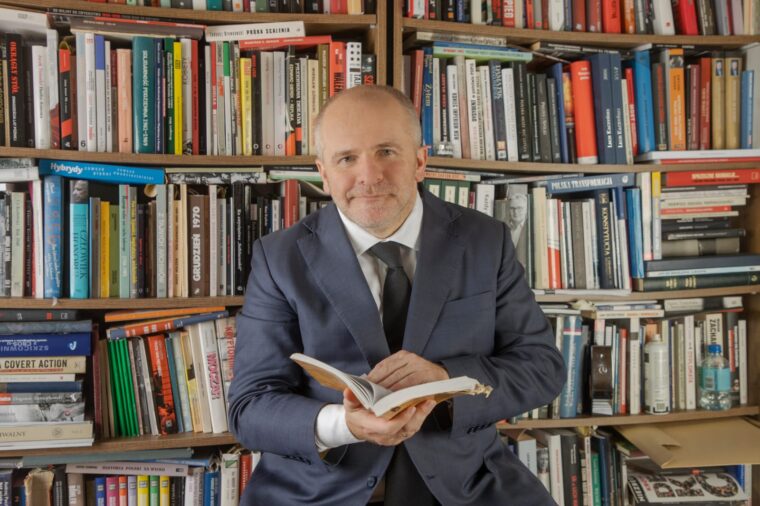 “The “do not annoy Putin” approach no longer makes the slightest sense. The continuing resistance of the Ukrainians enraged him. So, we’re supposed to tell them to give up?,” asked Paweł Kowal, expert on eastern politics from the Civic Coalition. “The embargo can be a step towards a rapid and efficient energy transition,” he claimed when commenting on the EU stopping hydrocarbons import from Russia.

BiznesAlert.pl: Have we stopped saying that the west of Ukraine is safe?

Paweł Kowal: This is not a question of security of western Ukraine, this is about how Putin’s approach and behavior have changed over the past three weeks. When he started another stage of the war in Ukraine, which had begun in 2014, he assumed that some part of Ukraine will be incorporated into the new soviet union. But today he feels humiliated by the resistance of the Ukrainians. He has the means to move on. His and Sergey Lavrov’s statements echo the Anschluss of Austria to the Third Reich. Putin also targets the Baltic states and Poland. Of course, he does not give dates, days and hours, but he talks about it in a slightly veiled manner, like he talked about Ukraine for many years before he actually attacked it. On Friday, Lavrov said that those who help Ukraine will be treated as aggressors. Clearly they are looking for ways to pick a fight with NATO. If this war lasts longer, it will be a long-term positional war just like WW I.

Perhaps the former prime minister of Ukraine Volodymyr Groysman was right to some extent when he said this is already a WW III? A huge part of the world is involved in it, although not directly, but there are arms supplies, sanctions on Russia, refugees.

We will find out in 10-20 years, at this point we don’t know yet what this war will bring. However, this is without a doubt the beginning of a major operation unless someone stops Putin now. This is a proxy war between Russia and Ukraine (supported by NATO). And this is a conflict with the West, which has been brewing for years on many levels and has found an outlet at this moment. For me, this is the beginning of the beginning of a long conflict, perhaps what historians will one day call the third world war.

On 13 March Russians conducted an attack on the military training area in Jaworów, very close to the Polish border. Do you think this was a warning signal?

It was a snub to NATO. First off, it was close to Poland. Secondly, it was widely believed that western experts trained the Ukrainian military in Jaworów. So I am surprised by those who say that we cannot patrol the public space of Ukraine, because it can be a casus belli. For Putin everything can be a pretext for war. He decided that the way to maintain power is war. The worse he does, the more aggressive he gets. The approach “do not annoy Putin” no longer makes the slightest sense. The long-term resistance of the Ukrainians enraged him. So, we’re supposed to tell them to give up? Nuclear threats show something as well. Nuclear weapons have been used once in the past in retaliation for fierce self-defense. Truman used them to stifle the Japanese fighting spirit. The context, of course, was different. It is evident that the resistance Ukraine has shown during the last couple of weeks has enraged Putin and fuels his penchant for aggression. The paradox is that if Ukraine was weak, it would encourage him to grab more land. After all, the Ukrainians have already, in a sense, won this war by preventing Putin from a blitzkrieg and forcing him into a positional war.

Does president Zelensky have a legitimate grievance against the West?

He’s at war, he’s got help from the West, but it’s too little, and he’s got the moral right to tell his partners they are not consistent. I get annoyed with those who refuse him this right.

Why does the French President talk with Putin the most out of all the leaders, especially when so many French companies have decided not to withdraw from Russia? Their local branches are punished, for instance cooperation was severed with, for example, Leroy Merlin Poland (which actually helps the refugees and refuses goods from Belarus and Russia), while the mother companies freely reap profits in Russia.

Because he’s not pressured enough. The Polish president should go to Paris. The presidents of Lithuania and Latvia too. If you don’t do it or you don’t do it enough, that’s the result. Macron is hiding behind the French presidency in the EU, but the members of the European Council should determine whether has the mandate to conduct these talks as a presidency. Putin is also using these talks to legitimize his actions, and that is a problem. In addition, it should be borne in mind that the election campaign is approaching in France, which in turn may mean that Macron will want to take advantage of the fact that he maintains contact with Putin. The problem is that Putin uses the talks with Macron to bolster his internal position in Russia. In this sense, Putin’s seemingly innocent telephone conversations with western leaders support his war efforts. The point here is not that there shouldn’t be any communication channels, but that there are no conditions for talks at the highest level.

On Friday, the head of Naftohaz warned that Russian attacks put the gas infrastructure at risk, which could affect the transmission from east to west. Meanwhile, the war has been raging for three weeks, and Gazprom is supplying the maximum contracted amounts. Doesn’t that take you aback?

This is a political problem – the West helps in the supply of ammunition to Ukraine and at the same time finances Putin’s war, because the profits from fossil fuels are spent on the Russian war. But mostly this is an ethical problem – continuing the supply to the West in this situation is a complete moral failure of us as the West. If NATO politicians say: the sky over Ukraine cannot be closed, then they should be determined at least about imposing severe sanctions. Otherwise, the question of complicity in the war will arise. I know these are difficult subjects, but this is the time.

In addition to gas, we have oil and coal. Is an EU embargo even possible in this case in the near future?

It’s necessary. Poland shows too little determination in this respect. We need more pressure on our partners. The paradox of an embargo is often that it also hurts those who impose it. In this case, for example, it will be a question of higher prices. However, most often embargoes strategically force the opening of new markets, systemic change in trade, etc. In this case, the embargo can be a step towards a rapid and efficient energy transition.