Krawczyk: Security is a priority, and coal will give Poland sovereignty (INTERVIEW) 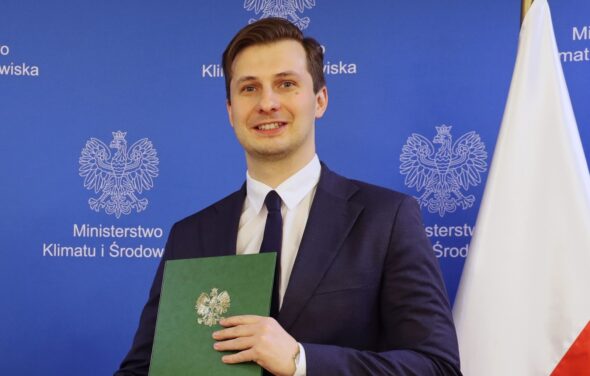 In the face of Russia’s aggression in Ukraine, energy security has become an absolute priority, and using domestic fossil fuels for energy and heat guarantees us sovereignty, which is crucial today – says Wojciech Krawczyk, Plenipotentiary for Energy Security at the Ministry of Climate and Environment in an interview with BiznesAlert.pl.

BiznesAlert.pl: Coal prices in Poland continue to go up. How is the fuel diversification going after the supply from Russia has been sanctioned? Is Poland at risk of shortages before the winter?

Wojciech Krawczyk: In order to minimize the impact of the resource crisis on the sector, the government is currently introducing specific systemic solutions. A purchasing group is already working, its main job is to help buy coal from alternative directions, which are currently being verified from the point of view of the needs of individual consumers. Until now, coal imported from the East has been bought mainly by small heating plants and individual customers. In our country, a third of households are heated by coal stoves and their owners buy fuel before the season. The coal that was previously imported from Russia and Belarus will be replaced with domestic production and supply from other countries. Alternative import routes are commercially available. Those include the USA, Colombia, Australia and South Africa.

Poland uses domestic coal in power plants and large-scale CHP plants that provide electricity and district heating in cities. The share of imported coal in this sector is marginal. In the event of market shortages, companies where the Treasury has shares fall back on coal from the US, Colombia, Australia and South Africa. This is part of the state’s energy policy, which is focused on security and sovereignty.

It is worth taking a look at the numbers. According to Statistics Poland, the total consumption of coal in Poland is about 62.5 million tons a year, out of which 32.6 m is used at power and CHP plants. Industry and construction need approx. 14 million tons, and the retail sector consumes a total of approx. 10.6 million tons, including ca. 8.6 million tons for households. In 2021, Poland received 8 million tons of Russian coal. These imports have been decreasing every year, for example in 2018 it was 13 million tons, a year later 10 million, and in 2020 – 9.3 milion. For several years coal import from Belarus stayed at 20 thousand tons.

How to remove the bottlenecks in rail and maritime infrastructure to unclog the supply of coal from outside Russia? Will the government organize a market for private operators?

When it comes to this issue, it is important to increase the capacity of Polish harbors with regard to unloading the imported coal and ensure that it is properly distributed via the existing rail and storage infrastructure. Another key task on which the ministries are focusing today is supporting those who so far have used coal imported from Russia, in acquiring the mineral from an alternate source.

State-owned companies use their market experience to secure additional supplies for the so-called small heating plants. In order to meet the demand of this group of customers, the government and the relevant government institutions and agencies are working to ensure the supply of coal with parameters corresponding to the raw material used in the segment of small customers. Next, we will organize a distribution channel of this raw material to consumers, in line with their needs. A special role is played in this respect by PGE Paliwa (PGE Fuels), which encourages operators to import coal aggregated in the purchasing group. Companies have experience in the international markets, which makes it possible to organize the whole process efficiently. The way this is organized makes it possible for even small consumers, which lack the necessary organizational capabilities and experience, to get coal via the sea. The prices at which imported raw materials will be purchased will be more attractive than in the case of fragmented imports due to the economies of scale.

Heating chambers have already received enquiries regarding the estimated coal demand. At the moment we have received information from 100 entities, that is one quarter of the heating plants operating in Poland. Further arrangements are in place. We encourage heating companies to contact the entities that aggregate the demand for bituminous coal, their engagement will determine the energy security in the coming heating season. The government is to oversee the smooth running of the process.

At the same time, we are aware of the challenges of securing financing for coal purchases at current market prices. We are discussing this with financial institutions, which will help to ensure the liquidity of heating companies during this sensitive period.

What will be the role of coal in the energy sector and how long the 200 MW power plants, whose service life is to be extended, will work? Is there room for any of the gas projects in the capacity market?

The Russian invasion of Ukraine has shaken the foundations of the European Union’s energy policy. It has called for a re-examination of our approach to climate change, in particular the pace and ways of achieving the targets, including the contribution of fossil fuels to the energy mix by 2030.

The drive to develop a low-carbon energy sector remains on track. The transformation process will take place through a consistent diversification of the energy mix using a variety of low-and zero-emission sources. Given the fundamental importance of energy security, the decommissioning of more coal-fired units must be correlated with an adequate increase in new capacity, including available and weather-independent capacity, as well as the strengthening and development of electricity grids and storage capacity, enabling the integration of renewables. In the current geopolitical and market realities, the importance of existing coal units is growing, which, as a result of modernization, could improve their performance, reduce environmental impact, strengthen energy security, increase the possibilities of RES integration and provide an alternative to gas units.

In the heating sector, geothermal energy has considerable potential in Poland, and it provides “clean”, emission-free thermal energy. Experts indicate that half of the country has potential, we can draw hot water from the underground in the Podhale region, and in the belt stretching from Western Pomerania to the Świętokrzyskie mountains. For example, thanks to the investment in geothermal energy in Sieradz, from next year the local municipal thermal power plant will reduce coal demand by 80 percent. In addition, there is a plan to further develop the “Clean Air” program, which supports the replacement of individual carbon sources with ecological ones.

The pursuit of climate targets poses national challenges and requires the involvement of all industries and stakeholders. Decarbonization in Poland will be carried out in such a way that the implementation of the changes will not only bring a new low-carbon energy system by 2040, but also not cause economic problems.

In the strategic dimension, a decision was made to modify the provisions in Poland’s Energy Policy Until 2040 (PEP2040). This was done to limit the risks associated with crisis situations and make it possible to achieve the energy policy’s main goal, i.e. to guarantee energy security while maintaining the competitiveness of the economy and decreasing the impact of the energy sector on the environment. In this context, on 29 March this year, the Council of Ministers adopted the guidelines for the PEP2040 update, submitted by the Minister for Climate and Environment. As part of the adopted guidelines an important pillar has been added to the existing PEP2040 foundations, i.e. a fair transition, a zero-emission system and improved air quality: energy sovereignty. One of its main goals is to quickly make the domestic economy independent of fossil fuels and their derivatives imported from Russia and other countries on which sanctions have been imposed. This can be achieved through the diversification of supply, which needs to be accompanied by the necessary investments.

How to use the Polish mining sector to handle coal shortages in Poland?

The cessation of imports of Russian coal will be associated with a greater involvement of domestic mining potential. In the near future, the plan is to increase the capacity of the infrastructure for the handling, transport and storage of raw materials.

In the face of Russia’s aggression against Ukraine, energy security has become an absolute priority, and the use of domestic raw materials for energy and heat guarantees US sovereignty, which is crucial today. The ministries are now focusing on solutions that will help achieve the goals, while minimizing the socio-economic impact of dynamic market and geopolitical changes. It should be borne in mind that all actions are intended to strengthen the national economy and ensure the use of national, human, technical and economic potential.