Kurtyka: It’s time to stop sponsoring this war. Poland can handle it. It’s time for an EU embargo on oil and gas from Russia (INTERVIEW) 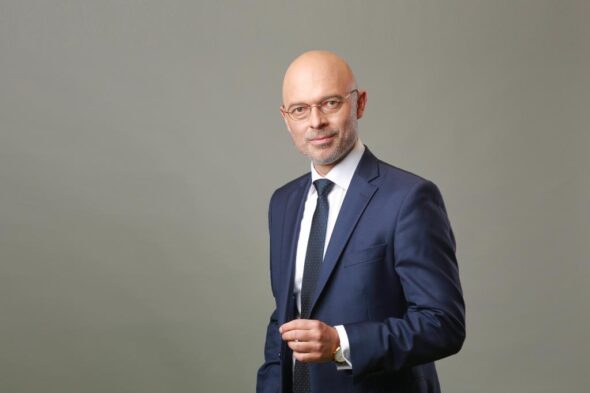 “One additional tanker a week arriving at Gdańsk from a direction different than the east, will let us eliminate oil from Russia,” says Michał Kurtyka, former Minister of Climate and Environment. “Poland is able to quickly reduce gas imports from Russia by 50 percent and completely abandon it within a year,” he adds and calls for an EU embargo on Russian hydrocarbons.

BiznesAlert.pl: Is the introduction of an EU embargo on fuels from Russia justified?

Michał Kurtyka: It’s reasonable and necessary. We need to stop sponsoring this war. This is the backbone of the Russian economy and budget. On average every two to three days, it yields almost a billion dollars. Therefore, to achieve piece and end this conflict we need to cut off the money that feeds it. We must take all possible measures to reduce the import of hydrocarbons from Russia. Poland is very well prepared for this.

Where do we start?

It is necessary to start with oil. We import 475 thousand barrels per day, of which 300 thousand a day come from the Russian Federation. The rest is from Saudi Arabia, to a lesser extent Nigeria and Norway. In 2019, at one point the contamination in oil from Russia increased sharply, so we stopped the supply via the Druzhba pipeline. It was a test for our system – then for 46 days we managed thanks to stocks and spot purchases by both refineries, but mainly by the Gdańsk refinery. Naftoport passed the test showing that we can operate without supplies by land. Increasing the use of storage and processing in refineries gives the opportunity to stop supplies from Russia in general.

Okay, but are we able to handle this on our own?

We should abandon Russian oil in cooperation with the Americans and the European Union. President Joe Biden announced an oil embargo, and at the same time we know that the United States has a huge potential for increased production. We need a declaration from Washington that it will maximize production and exports to Europe. Deliveries to Poland should be a priority, this should be a target for our diplomacy. There is some internal difficulty here, because the Democrats ran on limiting the extraction of hydrocarbons. However, one could expect that they would understand that the current situation is forcing them to take two steps back. But thanks to this, Europe will have the opportunity to completely abandon Russian fuels. At the same time, we need to think about supplies from Iran (the lifting of sanctions) and Saudi Arabia. Iran and Saudi Arabia alone could actually increase oil exports overnight by a total of 6 million barrels per day of increased production – that is 20 times more than we import from Russia to Poland. However, we should step on it, because the queue to signing contracts with the Saudis will be long. It seems realistic to increase purchases from the Saudis even at the level corresponding to today’s purchases from the Russians, but there remains a technical problem in our refineries. We do not have time here and we should already make changes in Gdańsk and Płock. Increasing the possibility of processing non-Russian oil must be a priority for our refining companies. In the coming spring Lotos will be undergoing a renovation, and that’s when this issue should be looked into. Both Polish companies can process a lot of non-Russian oil, but the ideal substitute is Iranian oil.

We don’t have access to it yet, because of the embargo.

Coordinated action by the EU and NATO is needed in this regard. Therefore, if Saudi Arabia is to be the main partner, there is no point in waiting on the success of the Vienna talks on the Iranian programme. This is beyond us. And it is clear that Russians are already working on slowing down the agreement. There are other consequences as well. If we stopped oil transportation through the Druzhba pipeline and imported oil through Gdańsk, then at the end of the Druzhba there is the Schwedt refinery, whose 96 percent is owned by Rosneft. This means a completely different impact on the market in our part of Europe.

I estimate that we can quite quickly replace about 200 thousand barrels out of the 300 thousand from Russia, thanks to updating our refineries. 300 thousand barrels of oil per day means that in order to replace oil from Russia we will need an additional tanker a week from a direction different than the east. But before we can secure these supplies, we can use our reserves. Today we have enough oil stored to last for about 120 days of import. Another solution is to reduce demand by reducing dependence by another 100 thousand barrels. The measures that result in decreased demand are implementing themselves. However, this could be strengthened by promoting telework, continuing the electrification of municipal and suburban transport, or introducing free public transport in cities, which will limit the use of oil in Poland without a major impact on the economy. Our priority should be to start oil supply to Poland, in agreement with the EU and the US, due to our strategic place on the map and the help we provide to Ukraine. This can be divided by quota. By the middle of the year Poland will be able to kick the Russian oil. Higher prices may still lie ahead, but in this area EU and US funds should offset this effect through social assistance or a dedicated price stabilization fund. At the moment, we are a strategic country, the closest to the front-line zone, and we should come up with such initiatives in discussions with our allies. No one will do it for us.

Will the energy and military crisis of 2022 have the same impact as the oil crisis in the 20th century?

In the 70s western economies responded to the price shock with massive diversification to become independent of the Middle East, and constructed a global intervention stock system. Also nuclear power started to develop rapidly in France, the USA and other countries, up until the shale revolution in the USA thanks to decades of development of technologies for extracting from unconventional deposits. All of these measures were introduced to stabilize the oil market after the oil crisis. Technological processes were started that would enable replacing Middle Eastern oil, there has been an unprecedented development of transport infrastructure (tankers, pipelines, terminals) and the oil market has become more liquid. Now we have a range of solutions, such as electrification of transport. In 2021, for the first time, sales of electric cars surpassed diesels. Despite the heavy war and humanitarian burden, the current crisis can be a powerful impetus for a paradigm shift in the energy sector.

Are we able to impose an EU embargo on Russian gas?

Poland is able to quickly reduce gas imports from Russia by 50 percent. In this respect, the works on developing infrastructure are fortunately going well. In the next quarter, an additional SCV should be commissioned at the LNG terminal in Świnoujście. It will increase the capacity by 1.3 billion cubic meters – from 5 to 6.3 bcm. It is expected that by the end of 2023 the capacity will reach 8.2 bcm. Maybe it will be possible to accelerate this process. At this point, Poland is bound by a take or pay contract on the basis of which we import about 9.6 bcm of gas from Russia. Fortunately, the Yamal contract expires at the end of this year. The Baltic Pipe’s capacity will be 10 bcm a year, and as of 2023 it will add 2.5 bcm of gas annually, guaranteed on the basis of licenses owned by PGNiG and Lotos. We need to find the rest. And that’s the challenge. I hope that the announced measures to increase production to approx. 4 billion are being implemented. The rest needs to be handled by PGNiG’s trading teams. There will be huge competition over the deposits in Norway, because 46 bcm goes from Norway to Germany every year. Maintaining Nord Stream 1 will ensure that Germany has enough gas, but if the Union cuts it off (or even reduces it, as was announced at Versailles), the competition for Norwegian gas will increase, and the country is already signaling maximum production capacity. We have the possibility to use gas reserves, because the storage in Poland is still at about 60 percent after this winter. However, it is necessary to think about stocks for the next winter. 70 percent of gas consumption in Poland is industry, and 30 percent is households. The use of this fuel should therefore be reduced, e.g. by replacing gas in industry, and by replacing it with domestic heat pumps. Together, this will decrease import from Russia by about 50 percent. The key to the remaining 50 percent is for our companies to fill the remaining capacity of the Baltic Pipe with gas from Norway.

Why other countries do not want to follow our example?

Unlike Poland, Germany has not taken early diversification measures. We prepared our actions with the unwritten assumption that supplies would continue to flow through Germany. If it is deprived of gas from Russia, then Poland can become a supplier to Germany. Our LNG and the Baltic pipeline will be significant sources of supply, which Berlin will lack as it has failed to diversify. Italy, for example, will have the same problems.

Is a European embargo on Russian oil and gas therefore realistic?

This is a question about the price of peace and security in the world. It is necessary to talk about it taking into account the calculations, but also the fact that every gold coin or euro that goes to the Russians means more money for armaments. I think no one has any doubts that such work should be undertaken. The schedule needs to be agreed on still, but the impact is within our grasp.