Kwieciński: we should wait until 2023 before making any changes to the gas supply security system (INTERVIEW) 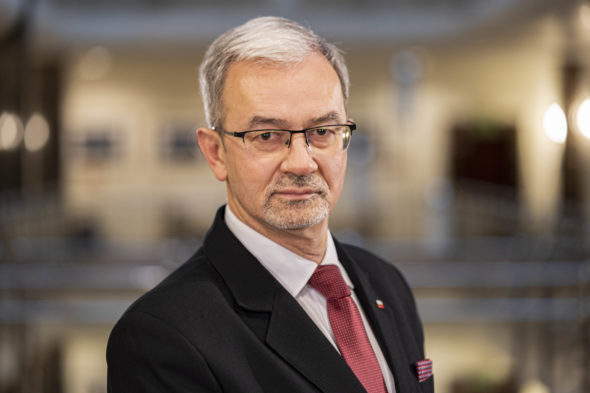 “We want to transmit as much of our own gas via the Baltic Pipe as possible. We will have to buy the rest from producers working on the Norwegian Shelf,” Jerzy Kwieciński, PGNiG CEO, says and points out that building the gas pipeline is one of the conditions for introducing any changes to the supply security system.

BiznesAlert.pl: PGNiG booked 8.3 bcm of the Baltic Pipe’s yearly capacity. Where will the remaining gas come from to Poland?

Jerzy Kwieciński: The gas market is undergoing liberalization. Gas reaches its customers via gas pipelines and marine transport, which is becoming increasingly popular across the world, especially in the EU, where in 2019 the LNG volume went up by an astounding 75 percent in comparison to the previous year. Poland is benefiting from this. This year the imported LNG will suffice to cover a fifth of Poland’s gas demand. We import liquid gas from various places, including Nigeria, Norway and Trinidad and Tobago. Therefore, we have the opportunity to provide new sources of gas and ensure security of supply. We are able to buy gas on the market depending on our needs.

Will the gas from the Baltic Pipe come from various providers?

The Norwegian Shelf is different than 20 years ago, when the peak of oil extraction and sales happened. About half of Norway’s deposits have been used. However, gas will be there for years to come. Its production has been gradually increasing in the past 20 years. At this point a little over 100 bcm of gas a year is extracted there. The Baltic Pipe will make it possible to transfer to Poland a little less than a tenth of that figure. At this point PGNiG extracts 0.5 bcm of gas from the Shelf. Not that long ago we estimated the figure would go up to 0.7 bcm in 2021. However, the transaction with Norske Shell from which we are buying shares in two production deposits, will increase our output in 2021 by an additional 200 mcm, which means we will produce 0.9 bcm in total. This is our estimate for today, but perhaps we will increase it again soon. We may have to do it as our present deposits are being explored and we are also looking for new acquisitions. Based on what we own on the Norwegian Shelf, our estimates suggest we will reach the strategic production point of 2.5 bcm around 2026. This is possible thanks to the eight acquisitions we made on the Shelf in the last 3 years. However, if other attractive licenses appear, we will achieve our strategic goal earlier and our output in 2026 will be even higher.

Why is this so important?

We want to transmit as much of our own gas via the Baltic Pipe as possible. We will have to buy the rest from producers working on the Norwegian Shelf.

Will the price of the gas not owned by PGNiG be competitive?

The less gas of this kind we will need to buy, the better. The more gas we purchase on the market, the bigger the supply effect will be, which will cause a price hike.

Piotr Naimski the Government Plenipotentiary for Strategic Energy Infrastructure talked about liberalizing the gas market after 2022, when the diversification of gas supply will be completed. What will be the role of PGNiG in this process, also in the context of the planned merger with Orlen?

Gas is the most susceptible part of the energy sector to outside influence. Security is the most important concern. Until the end of 2022 we will have to import gas from the east, but the problem is that those deliveries are not reliable. Many times in the past the gas tap in the east was turned down. In the past twelve months we had to prepare for this possibility twice and we still cannot rule it out. The current regulations on the gas market should be in place until the end of 2022, after that we will assess the situation on the market from the point of view of security. Our goal is to become completely independent of the east. This will be possible after we construct the necessary infrastructure. We assume that in 2022 the expansion of the LNG terminal in Świnoujście to 6 bcm will be completed, and so will be the Baltic Pipe.

Will the gas market liberalization happen at that point?

Like I said, the liberalization is already happening. A high exchange obligation has been imposed, the prices for commercial customers have been freed and for households they will be freed as of 1 of January 2024, and consumers are free to change their providers. The market is in correlation with hubs in Western Europe. The possible changes to the supply security system are a separate issue. They should be coordinated with the diversification of supply, which includes the launch of the Baltic Pipe, the expansion of the terminal in Świnoujście, and the expiration of the Yamal contract in 2022. These changes should achieve two goals: security of supply and a level playing field for all competitors.

Union of Krynica and the second life of Mazeikiai
Energy
Lithuanian Prime Minister Saulius Skvernelis was awarded the man of the year in the Economic Forum in Krynica. The event was an opportunity to […]
More

Jakóbik: Will PGNiG have to stop Gazprom’s expansion in Europe?
Energy
If Gazprom used European companies to steal PGNiG’s strategic clients perhaps they would receive a lower price, but Poland’s entire gas […]
More