Larsen: We hope the act on offshore to be adopted as soon as possible 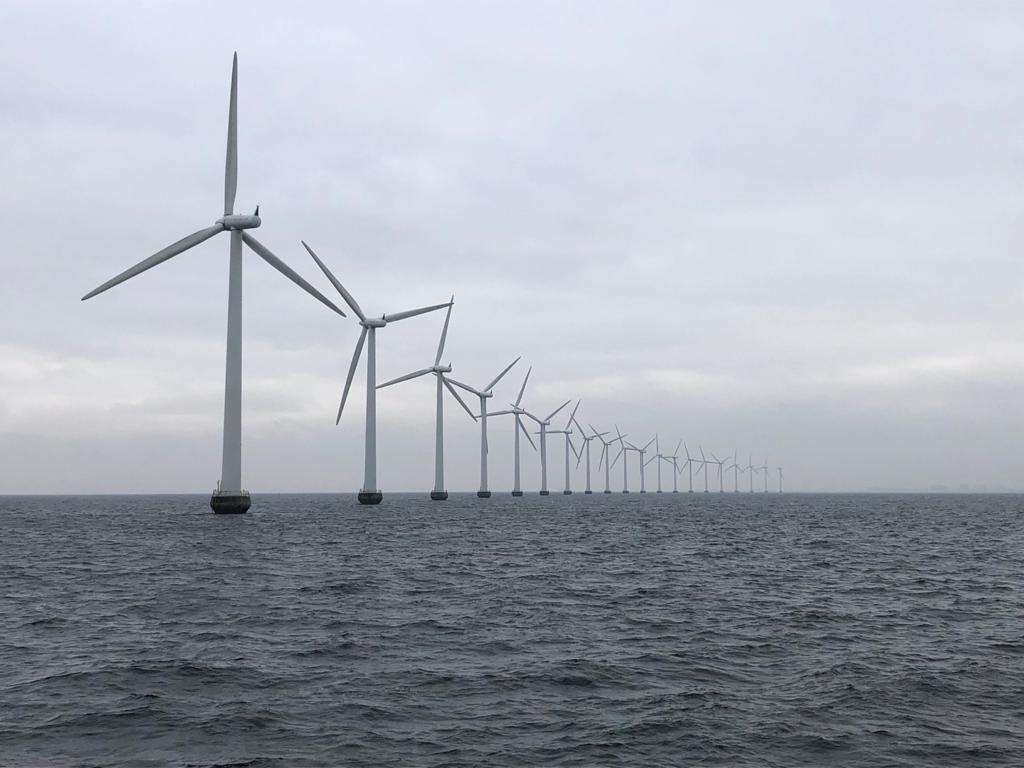 –  We expect the act on offshore wind concern to include inter alia the selection of a support model for the first offshore wind projects in Poland. There are still some elements that require clarification. According to Ørsted, a comprehensive and broad industry act should be adopted by the government and parliament as soon as possible – said Magnus Brogaard Larsen, responsible for the development of the offshore market at the Danish company Ørsted.

During the Wind Europe 2019 conference, which was held in Copenhagen at the end of November, Polish journalists had the opportunity to talk about the development of the offshore market in Poland with representatives of Ørsted, one of the industry leaders.

At the end of October, Polska Grupa Energetyczna (PGE) and the Danish energy group Ørsted announced that they were officially entering talks on cooperation in the development of the Polish offshore wind energy sector. The subject of the talks is the sale of fifty percent of shares in PGE special purpose vehicles implementing Baltica 2 and Baltica 3 offshore wind farm projects with a capacity of 1498 MW and 1045,5 MW, respectively.

When asked about the advantages of investing in Poland, Magnus Brogaard Larsen emphasized the huge potential in the development of offshore wind farms. – We see the support of the Polish government for this technology on the road to energy transition with the decarbonisation of the Polish economy. We see the commitment of the government and energy companies in Poland to develop this technology. We also see the announcements of the Polish government regarding the development of approx. 10 GW of installed capacity in offshore energy – said Larsen, adding that Polskie Sieci Elektroenergetyczne (PSE), the transmission network operator in Poland, already has ready plans for the development of the network for power output. – Finally, the Baltic Sea has great potential to produce electricity from wind. It all has a deep, economic sense. As the leader of the offshore sector, we also want to be present in this area to start and develop the market – emphasized the Dane.

What will be the next steps in PGE’s talks with the Danes?

After providing information about the initiated talks with PGE on the joint development of two wind projects, talks are currently ongoing. – Unfortunately, I can’t reveal the details of the talks, but both sides are trying to bring their positions closer together and make a deal – Larsen said.

– We are currently talking about the Baltica 2 and Baltica 3 projects. They are currently in our interest. Of course, we are following the market development and the maritime spatial development plan. So we are talking with PGE about the agreement, but also about issues that are important for the entire sector, like permittings. A potential joint project will be one of the first of its kind in Poland – he said.

Danish expectations for the offshore act

The expectations of the Danes towards the act for offshore wind farms concern the choice of support model for the first project of this type in Poland. – There are still many elements that require clarification. This also applies to the support system and talks between the Polish government and the European Commission, so that these projects are notified and can be implemented. We are also waiting for the selection of a support path not only for the first projects, but also for those that will be implemented next – he pointed out, expressing the hope that the sea area development plan will be adopted next year. – Elements of the Act and the said plan must be clear to us to reach 10 GW. The most important point will be the adoption of legal regulations as soon as possible. This is not only the expectations of project developers, but also suppliers that are part of the supply chain – emphasized Larsen in an interview with journalists.

Asked if one of the conditions of the Danes is the adoption of the offshore law within the next year, Larsen stressed that from Ørsted’s point of view it should be comprehensive and broad. – It should be adopted by the government and parliament as soon as possible. However, we must remember that we are facing project consultations with the industry, inter-governmental and social talks. However, we are waiting for all items to be received on time as scheduled. We have no expectations regarding the precise date of adoption of the act, which would condition our investments in Poland. Before we make the final investment decision, however, we need clear, stable and transparent legislation – explained Larsen.

Larsen, when asked if the Danes are thinking about other investments in Poland, noted that the company is currently focusing on the development of projects with PGE. – We believe in the long-term development of the market in Poland, also in reducing the carbon footprint, which is particularly important on the road to decarbonising the Polish economy. Of course, when investing in Poland, we do it with the future in mind to develop projects in the long term. For now, however, we focus on projects with PGE – he said.

However, investments in offshore wind farms by the Danish tycoon are not over. Last month  Ørsted proposed the creation of an energy hub near the Danish island of Bornholm, surrounded by offshore wind farms. Thanks to inter-system transmission connections, the energy generated there would go to, among others, Poland. – We suggests that after the already announced Thor offshore wind farm, Denmark puts a 1GW offshore wind farm at Rønne Banke out for tender to be built at the same time as a new interconnectors between Denmark and Poland.  This will make Bornholm a so-called energy island. It will be a kind of vessel system connected to many neighboring countries, including Poland. This is an example of how to reach the level of 450 GW of installed capacity in offshore wind farms by 2050 – explained Larsen.

The project of connected wind farms with transmission systems is to help accelerate the development of the Baltic offshore market on a larger scale and optimize costs. – We believe that energy isles, clusters with interconnectors will be needed and necessary to support transmission in achieving the goal of climate neutrality by 2050. The development of an energy spill around Bornholm requires consultations that are conducted by transmission system operators in Poland and Denmark – said Larsen, while pointing out that this requires specific contracts for transmission networks and safeguards.

The Danish government wants, in conjunction with various transmission network operators, the first GW to be established in the Ronne Banke area, i.e. the coast of Bornholm. One of the advantages of this project is to secure energy transmission from various directions in Poland, Denmark, Sweden and Germany. This is what the cluster formula will be about. Ultimately, such an island could have a potential of 3-5 GW.

Where will the wind blow? Government’s dispute over offshore wind farms
Energy Environment
The discussion on the Polish renewable energy sector (RES) has not died down after the small amendment to the RES act entered into force. Meanwhile a […]
More

Bukowski: Poland needs a decarbonization strategy to talk with Brussels (interview)
Energy Environment
“Poland can reach a compromise on the so-called winter package and the regulations on the 550 kg/MWh emissions limit for power plants. To do […]
More