Marszałkowski: Gazprom’s lobbyists believe in Joe Biden. Are they right? 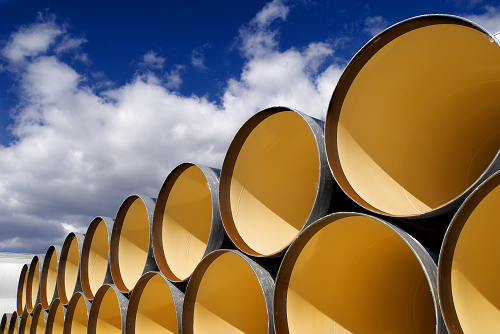 “The presidency of Joe Biden paves the way for a deal between Germany and the United States to resolve the conflict over Nord Stream 2,” says an article published by the government-sponsored Russian information agency TASS. Such opinions are increasingly popular in the press, but many come from lobbyists hired by Gazprom – Mariusz Marszałkowski, editor at BiznesAlert.pl, writes.

Gazprom, just like the Russian state, has been using various PR agencies, consulting companies and regular lobbyists for years. This is not unusual. The state as well as firms often need support from expert companies, which have wide access to contacts, unrestricted meetings and are not afraid to fight for the interests of their clients. And there is a lot to fight for, including energy, climate, environmental, policial and military interests. Sometimes, Russian companies are represented by former politicians who, after leaving their political careers, get employed by them, e.g. Germany’s former Chancellor Gerhard Schroder and Finland’s ex-PM Pavvo Lipponen. Sometimes those are specialized concerns that work in specific areas, e.g. pertaining to the law or climate issues, etc.

According to OpenSecrets.com, an organization that collects data on lobbying in the U.S.A., only between 2014 and 2018 Gazprom officially spent USD 2.5 million on lobbying. Of course, one can only guess that these figures are in reality a lot higher, and they pertain only to America. To hide true intentions, contracts are signed with PR companies that officially handle “communication and promotion,” which on paper has nothing to do with lobbying, which requires registration.

By using such companies, Gazprom wants to impact legislation and political decisions made in Brussels, but it is also attempting to create a certain kind of reality in the media.

A few years ago. one of the most popular arguments for building the first two lines of the Nord Stream gas pipeline, was the claim that deliveries to Western Europe were under threat from Ukraine, which may steal the gas. Before 2014 it was widely popular to stress the advantages of importing gas from Russia, due to geographic proximity and the “exceptional” relations between Russia and the EU. Various think tanks, chambers of commerce, research institutes and environmental organizations often do a similar job. This is exemplified by the protests against the Baltic Pipe, the Vistula Spit waterway and the LNG terminal in Świnoujście. Various attempts are made to block, make more expensive or delay a given project to make it less profitable.

Previously, BiznesAlert.pl reported on a poll  financed by Osteuropaverein der Deutschen Wirtschaft – ODW, which claimed Germans supported Nord Stream 2. The survey was conducted by a company, which in the past had been accused of manipulating sociological data on the prviatization of railways in Germany.

BiznesAlert.pl also revealed a smilar story about a report prepared by the Institute of Energy Economics in Cologne commissioned by Nord Stream 2 AG. The goal of the paper was to prove that the gas pipe was supported by, among others, Poles, who would be able to replace the “expensive LNG from the U.S.” with gas transmitted via Nord Stream 2 to Germany.

More often than not we only see the tip of the iceberg, i.e. what the lobbying companies are doing. However, the truth is Gazprom is not the only company that does such things. According to a report by the Corporate Europe, between 2010 and 2018, the world’s five biggest oil and gas companies – ExxonMobil, Total, Shell, BP and Chevron spent on their own, or via other organizations almost EUR 250 million on lobbying in the European Commission to change the EU climate policy.

Sometimes the goal is to stop the works on “uncomfortable” projects, but other times it is enough to delay them. The attempts at delaying or blocking the construction of the Baltic Pipe could be an example here. BiznesAlert.pl reported on the petition to the Dutch parliament that called for stopping the gas pipeline under the pretext of environmental protection and ownership rights of the people on whose land the pipe had to be laid in Denmark.

The claim I quoted at the beginning of this article, made by an employee of a lobbying company with which both Russia and Gazprom have been officially cooperating since 2014, has its own logic as well. Russia is hoping that the new U.S. president may change the course on Nord Stream 2 in America. Interestingly, this idea appeared together with a statement made by ODW (mentioned above), which said it hoped for “better and more constructive relations with the U.S.”. Since the Nord Stream 2 pipeline is one of the main issues that is undermining this relation, and the ODW had previously supported the pipe, it is not hard to figure out that also in this instance it’s referring to that project.

Undoubtedly, Joe Biden will purse a more conciliatory and balanced policy towards Europe. From Poland’s perspective, this is a big and positive change. So far, Biden has not mentioned he would cancel Donald Trump’s decision to withdraw almost 10 thousand U.S. troops from Germany back to the U.S. However, even if he doesn’t do that, it seems the relations with Europe will improve at least in the declarative sense.

Does this mean Washington will change its position on Nord Stream 2? This seems doubtful. Why? Because first we need to check what was Trump’s policy on the project. Despite declarations, the current U.S. President did not turn out to be enthusiastic about blocking the gas pipe. The Protecting Europe’s Energy Security Act (PEESA) adopted in July last year, had to wait until December 2019 to enter into force. Moreover, this only happened because PEESA, and many other acts, was incorporated into the National Defense Authorization Act (NDAA), which Trump had to sign by law. The current U.S. president also did not want to use the Countering America’s Adversaries Through Sanctions Act (CAATSA), which has been in force since July 2017. It is also worth remembering that Trump did not want to sign that act at all. Eventually he caved in, because he realized his veto would be rejected by Congress.

So, will Joe Bide be more lenient towards Nord Stream 2? It seems doubtful, especially that members of both chambers of the U.S. Congress, including Democrats, supported the sanctions included in the CAATSA and PEESA. There has been a bipartisan agreement in the House and in the Senate on the matter, and there is no indication this will change now.

Many opponents of Nord Stream 2 saw in Donald Trump a Ronald Reagan-like politician who will bury the project at the right time. But that did not happen.

At the same time, one has to bear in mind that the potential sanctions, that would be introduced thanks to PEESA and CAATSA would mostly impact European, not Russian companies. So far, it was companies from western Europe that rented ships and equipment and provided various services to the Nord Stream 2 investors. An example is a Danish company that offered transport services for crew members employed on PLV ships that worked on Nord Stream 2.

The sanctions could have the most adverse impact on companies from Germany, which constitute about a half of the over one hundred companies that are involved in NS2 construction. This is where things turn risky. If Donald Trump, who has been rhetorically anti-German did not decide to use the (rightful) sanctions, will Joe Biden do it?

It remains to be seen whether the president elect will introduce new ideas to block Russia’s geopolitical project, and, in spite of everything, we need to hope this idea will not lose support in Congress. Especially that according to Bloomberg’s sources, on November 11 an agreement was reached to add an amended PEESA to the Pentagon’s budget bill. The law says the act must be signed by the end of the year, so formally another nail to Russia’s coffin will be added by Donald Trump, not Joe Biden.