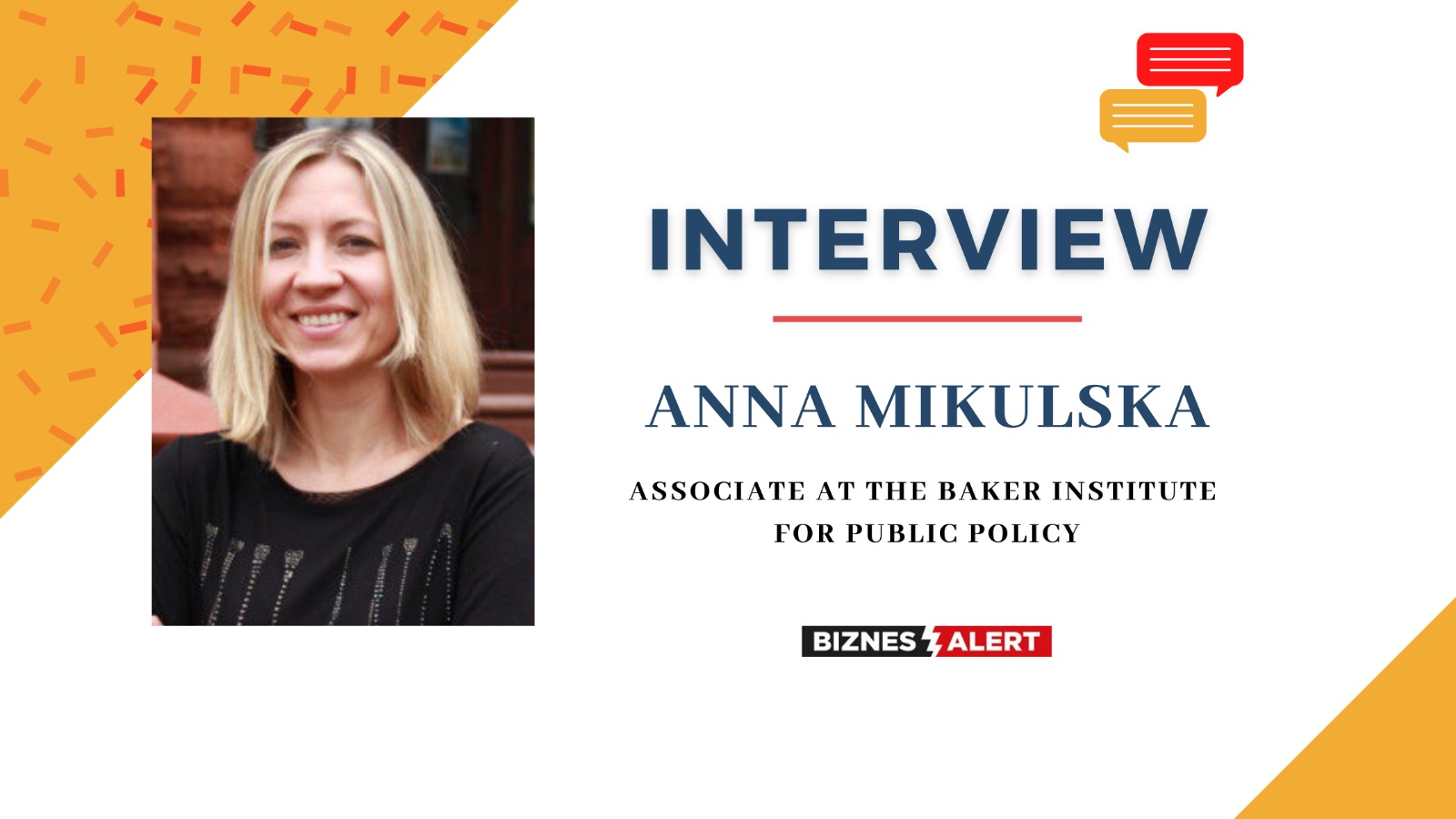 Anna Mikulska, PhD, from the Kleinman Institute for Energy Studies talked to BiznesAlert.pl about the impact of various factors on the international gas market. We delved deep into the coronavirus, the Nord Stream 2 and Turkish Stream gas pipelines and the upcoming election in the U.S.

BiznesAlert.pl: How will the coronavirus change the gas market?

Anna Mikulska: Currently, the coronavirus has a negative impact on the gas market when it comes to demand, which makes the issues facing sales even bigger. Especially that the gas market is currently well supplied, thanks to the fact that many new projects were launched. This is why we are witnessing record-low spot prices. Such prices naturally make lives difficult for both LNG and pipeline gas exporters. Wherever there are contracts, the buyers are switching to spot transactions by using the “take or pay” clauses or just cancelling orders. The latter is taking place mostly on the U.S. LNG market, where cancelling deliveries is one of the available contract options, but the would be buyer has to pay for liquefying the gas. Whereas Gazprom has encountered problems caused by the coronaviurs, when at the beginning of the year many buyers reduced their gas orders. They used the fact that Gazprom has recently expanded the “take-or-pay” clause in a move to adapt to the increasingly competitive market.

However, it should be borne in mind that even though the coronavirus’s impact on the economy and demand for energy has been huge, it is still a short-term phenomenon (1-2 years), while the gas market and investments related to it function in the mid- and long-term perspective. Nevertheless, the coronavirus might delay some projects, especially those, which do not have financing yet, and some of those may never come into fruition. Still, let’s take a look at, e.g. Qatar, which ordered 100 LNG tankers and continues to develop new deposits on the North Field, albeit with a delay. Qatar is also fighting ferociously for its place on the market by significantly lowering prices, and using LNG carriers that transport Qatari gas as de facto floating storage units, by slowing down the speed with which they travel to destinations.

From the point of view of demand, low gas prices definitely encourage to buy more and increase consumption, especially when it comes to, e.g. replacing coal with gas as the fuel for generating power. This is visible in Germany and Turkey. But will this change stick? In general countries that use coal will become increasingly more interested in gas in the future. However, they will still be mindful of long-term forecasts and climate policy requirements. In this regard, it is possible that the coronavirus will speed up some trends in the direction that will favor more environmentally friendly resources. But in Europe that won’t always mean gas. The blue fuel will have to face renewable energy sources. Asia will see more opportunities to replace coal with gas, but to what extent and how quickly will this happen? The answer is complicated and takes into consideration problems such as energy security and economic growth, not only climate issues, or low gas prices caused by the coronavirus.

This will depend on the level of market diversification and on whether European states are ready to, e.g. pay more because of energy security. A lot is being written about this (my latest piece on this is available here). The gas from Nord Stream 2 and Turkish Stream does not have to be impacted by geopolitics, but only if the markets in Eastern Europe will be well-diversified, and connected with one another, so that they are able to quickly balance any possible gas shortages and ensure security of supply. When it comes to this issue, it is important to understand the essence and meaning of LNG projects and interconnectors, as well as new projects such as the Baltic Pipe. They are not really about just business, e.g. they will not generate typical profits when not used in their entirety. However, their added value is that they make it possible to fill in gaps in gas deliveries at any point in time, rendering Russia’s bargaining chip useless. Thanks to diversification Russia is no longer able to set up as high prices as in the past, and it has lost its geopolitical impact. It is turning into a regular supplier that needs to cater for its outlet. At this point, it would be worth to verify whether this market could be liberalized to establish a real gas market or gas hubs.

How will the gas price in Europe change and what will impact it?

Of course, short-term factors, such as the coronavirus come into play. However, in the long-term, gas prices will actually depend on the economic development in Asia; especially China, India and other South-East Asian states, as well as on whether and to what degree they will decide to replace coal with gas. These are the markets for which gas and LNG producers will compete. In Europe gas may become less popular due to climate concerns. The new technologies that the EU is betting on, such as, e.g. hydrogen, are a good illustration of this situation where green hydrogen (generated from renewables) is desired. Whereas, hydrogen produced from gas (blue) is considered a transitional goal on the path to its green version.

What will be the impact of the foreign policy of the Russian Federation, the USA and China?

In general, the foreign policy of those states is extremely important for the world economy, the gas market included. Let’s look at two issues: the U.S.-China trade war and the possible worsening of relations or rapprochement between China and Russia when it comes to economic issues, out of which the important factor is better cooperation in the area of selling Russian gas to China. The result of the election in the U.S. may determine how both scenarios will pay out. And the difference will be radical – if Biden wins the actions taken with regard to China will be completely different from what president Trump is doing today (and which he will probably continue). Biden will be more willing to pursue a more structured foreign policy, also towards China, and to cooperate with allies. At the same time, I think that there will be constant pressure to abandon China as the only market for the manufacturing of key products. The current coronavirus crisis has made states acknowledge the dangers of relaying on an undiversified pool of suppliers. When it comes to gas, if the U.S.A.-China trade war gets worse, then tariffs will be probably imposed on American LNG, which will mean more of this fuel will go to Europe or other outlets. Regarding the second issue, right now Russia and China’s rapprochement on gas-related matters, e.g. the Power of Siberia gas pipe, is clearly visible. There is talk of Russia planning to build the Power of Siberia 2, which will tap into the same gas fields from which the Russian gas currently flows to Europe. I read that the gas prices from the existing Power of Siberia are so low and generally unprofitable for Russia, that the project has become a kind of a levy paid in the hope of furthering the cooperation between the two states. Russia is able to transmit gas to Europe and China from the same deposits, which means it has a huge advantage over Europe and a kind of a bargaining chip with regard to, e.g. gas prices. It’s hard for me to imagine that the relations between the U.S. and Russia could improve significantly. I think that, similarly to the case with China, if Biden wins the election, we will see fewer unilateral moves and more diplomatic cooperation with U.S. allies in Europe. It is also worth stressing that the U.S. push for sanctions against Nord Stream 2 is mostly initiated by congressmen (not president Trump), and supported by both parties. Such a situation is extremely rare on the U.S. political scene.