Młynarkiewicz: No nuclear power plant was designed in case of a war (INTERVIEW) 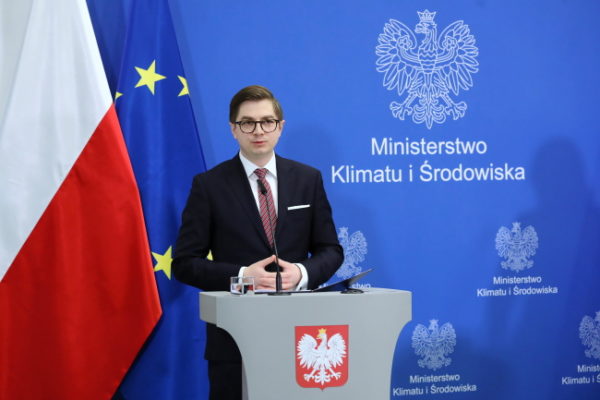 It has to be stressed that no nuclear power plant was designed in case of a war. Such a facility should never be a military target – says Łukasz Młynarkiewicz, head of the National Atomic Energy Agency (PAA) in an interview with BiznesAlert.pl about the Zaporozhye NPP in Ukraine occupied by Russia.

BiznesAlert.pl: The nuclear power plant in Zaporozhye is the largest facility of this kind in the world. What would be the scale of a disaster Europe would face if the Russians decided to bomb the reactors or destabilize the situation in a different way?

Łukasz Młynarkiewicz: The National Atomic Energy Agency (PAA) owns state-of-the-art systems for predicting how a situation would develop in case of radiation events. The Agency’s experts carry out analyses of hypothetical technical failures at the Zaporozhye nuclear power plant. During this work, a number of factors are taken into account, such as the distance of the nuclear facility from the borders of Poland, the characteristics of the terrain, as well as meteorological conditions, such as wind direction, its speed and precipitation.

Assuming standard weather conditions, the scenarios considered by the PAA do not imply the need for intervention in Poland. Such actions, in the event of an accident at the Zaporozhye nuclear power plant would be taken in the immediate vicinity of this facility-locally or regionally, but primarily on the territory of Ukraine. Such an assessment is primarily affected by the considerable distance, amounting to approx. 840 km, between the Zaporozhye nuclear power plant and the borders of Poland, as well as the wind in the Zaporozhye region mostly blows from the north-east direction. These factors constitute an important barrier to the transport (dispersion) of potential radioactive contamination over the territory of Poland.

What is the significance of the human factor and electricity connections for the safety of Zaporozhye?

It must be emphasized that no power plant is designed in case of war. Such a facility should never come under a military attack. The presence of foreign troops, the fact that the staff of the power plant is working in very difficult conditions, is under great stress, can pose a threat to the functioning of this facility. On the other hand, we must not forget that the Zaporozhye nuclear power plant, like any such facility, has many safeguards against external factors, such as aircraft crashes, technical failures, but also human errors related to the opeartion of the nuclear power unit.
Reactor designs meet the exacting standards and requirements of nuclear safety. Their design includes, among others, self-regulating power, which means that if water evaporates from the reactor core, its power will drop. In addition, there are passive safeguards in the reactors that do not require any intervention from the operator. We also have multiple active systems that ensure cooling of the reactor under all operating conditions.

As demonstrated in the stress tests presented by the Ukrainian side, i.e. tests under extreme conditions, nuclear power plants in this country are resistant to failures resulting from external events. In the event of loss of external power provided by the power connections, the nuclear power plant shall be shut down and the decay heat discharged thanks to, among others, systems that are running on power generators, in this case diesel ones.

How do you assess the compliance of the Russians with the standards of the International Atomic Energy Agency?

The military operations carried out at the Zaporozhye nuclear power plant are without precedent and it is of concern both to the PAA, as the office responsible for monitoring the radiation situation in the country, as well as to regulators from other states and organizations working in the field of nuclear safety and radiation protection, headed by the International Atomic Energy Agency. The activities endangering nuclear power plants violate art. 56 of the additional protocol to the Geneva Conventions of 12 August 1949 on the protection of victims of international armed conflicts (protocol I of 8 June 1977), the provisions of which prohibit attacks on nuclear power plants and other targets located on or near their territory.

Poland, together with the International Atomic Energy Agency (IAEA), stresses that a nuclear power plant can never be used as a target for military action. Already in March this year at the request of Poland and Canada, an extraordinary meeting of the IAEA board of governors (Poland is a member) was convened, at which a resolution was adopted condemning the Russian Federation and calling for the cessation of all actions against nuclear facilities on the territory of Ukraine.

Poland has been seeking support from the IAEA on Ukraine since the beginning. Would the inspectors’ visit end the crisis?

Certainly, a visit by the IAEA inspectors to the Zaporozhye nuclear power plant is needed, although because of the war it is difficult to tell if the visit will end the risks related to the safety of the plant’s operation. Inspectors do not participate in hostilities in any way.

The IAEA inspectors will have to verify if the nuclear safety and radiological protection of nuclear facilities, as well as physical protection and safeguards of nuclear materials, meet international standards and legal norms. The competences and tasks of the inspectors are closely linked to these activities, so such a visit would be of great importance for the purposes of nuclear supervision.

Does the PAA want to increase the vigilance of the Polish nuclear threat detection mechanisms due to the growing risk related to the incidents in the east?

The PAA is successively expanding the radiation monitoring system in the country. In the last six years, it has purchased approx. 50 modern stations of early detection of radioactive contamination, most of which were installed at the eastern border of Poland. According to the plans of the Polish Nuclear Power Programme, by 2033 the country is expected to have around 150 stations for early detection of radioactive contamination.

At the same time, in connection with the current situation in the east, the PAA took additional measures related to the strengthening of the country’s radiation monitoring system. The Agency purchased 16 new stations, which will soon be added to the network. Work on the Computer Data Analysis Centre – a system for aggregating and processing data from the monitoring network-has also been completed. On an ongoing basis, we conduct a number of analyses, including simulations of the potential effects of radiation events from nuclear facilities in Ukraine and organize exercises at different times of the day and night. We remain in contact with foreign partners, including the Ukrainian nuclear regulatory authority and the IAEA.

I would like to stress that at present there are no threats to the health and life of the residents of Poland in connection with the military actions of the Russian Federation on the territory of the Zaporozhye nuclear power plant. I warn against misinformation and the duplication of fake news. The PAA publishes only verified information, so I encourage everyone to follow our latest news, both via the PAA website and Twitter.

At the same time, the PAA advises against taking solutions with stable iodine on one’s own, e.g. the so-called Lugol’s fluid. Self-administration of such products can lead, for example, to hyperthyroidism or other serious health complications. Solutions with stable iodine should be taken only if there are specific recommendations. Otherwise, the consumption of the Lugol liquid is absolutely pointless and can be harmful to health.

Zaniewicz: Russia seizing the Zaporizhzhya NPP is an event without precedent (INTERVIEW)
Energy Nuclear SECURITY
It is Russia that wants to frighten Europe with a nuclear disaster and the second Chernobyl, because in the long term, moving away from nuclear […]
More

Nuclear Khmelnytsky is back
Energy Nuclear
Deliveries from the Khmelnytsky nuclear power plant in Ukraine, which are on the EU agenda, are a source of cheap energy and political disputes in […]
More

The Chernobyl Ark, and a history of the new sarcophagus
Energy Nuclear
The „Укриття” structure, known as the “sarcophagus”, or simply “covering no. 4” was built just a few months after […]
More