Polish Briefing: Government’s plenipotentiary for RES will be appointed 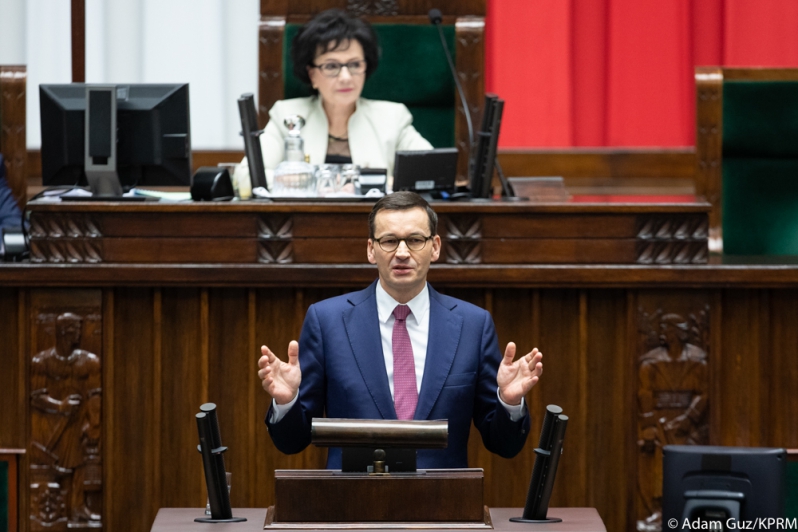 What goes on in Poland on the 20th of November.

Morawiecki: Government’s plenipotentiary for RES will be appointed

The 9th term of office began in the Sejm of the Republic of Poland. Nominated for the position of the Prime Minister of the Republic of Poland, Mateusz Morawiecki presented the expose of the new government. He announced “powerful” investments in renewable energy, conventional energy, as well as the Baltic Pipe. The function of government plenipotentiary for renewable energy is also to be created.

The prime minister mentioned that Poland may be one of the strategic points in infrastructure and energy. – Over the next 4-6 years we will spend hundreds of billions of zlotys, which will strengthen the need for massive investments in renewable energy, conventional energy or the Baltic Pipe, a new gas corridor, which will mean a symbolic end to dependence on gas supplies from the East – he said.

He emphasized that for the first time Poland is able to reconcile energy security with price competitiveness and care for the environment. – Traditional energy will be an important element and foundation in our power system for a long time, but the realities are changing. Once we could not afford the development of renewable energy. Now we can’t afford not to develop them. It can be a powerful impetus for the development of electromobility, offshore wind farms or construction of a nuclear power plant. The energy program is also an economic development program. Ports and shipyards can benefit from these investments. We will also appoint the government’s plenipotentiary for renewable energy – he said.

Morawiecki also mentioned the need for responsible thinking about the environment in the field of plastic. – We will introduce a bail system and a number of programs to reduce plastic consumption – he said. He emphasized that about three million Poles drive gas cars. – We are developing a program for electromobility. These are processes that require a clean transport support system for the benefit of nature – said the Prime Minister. – However, we consider it a mistake that jobs are escaping due to EU regulations and we are dealing with the phenomenon of Carbon Leakage. The most expensive electricity is the one that is undelivered. Energy transformation must be safe and beneficial for Poland – he said. He emphasized that Poles “have the right to breathe Clean Air.” “This is not a right-wing or left-wing program,” he said.

Polish Briefing: Poland still has some time for the RES goal
Polish Briefing
What goes on in Poland on the 27th of March. Related posts: Polish Briefing: Financing model for Polish nuclear power to be released this year Polish […]
More