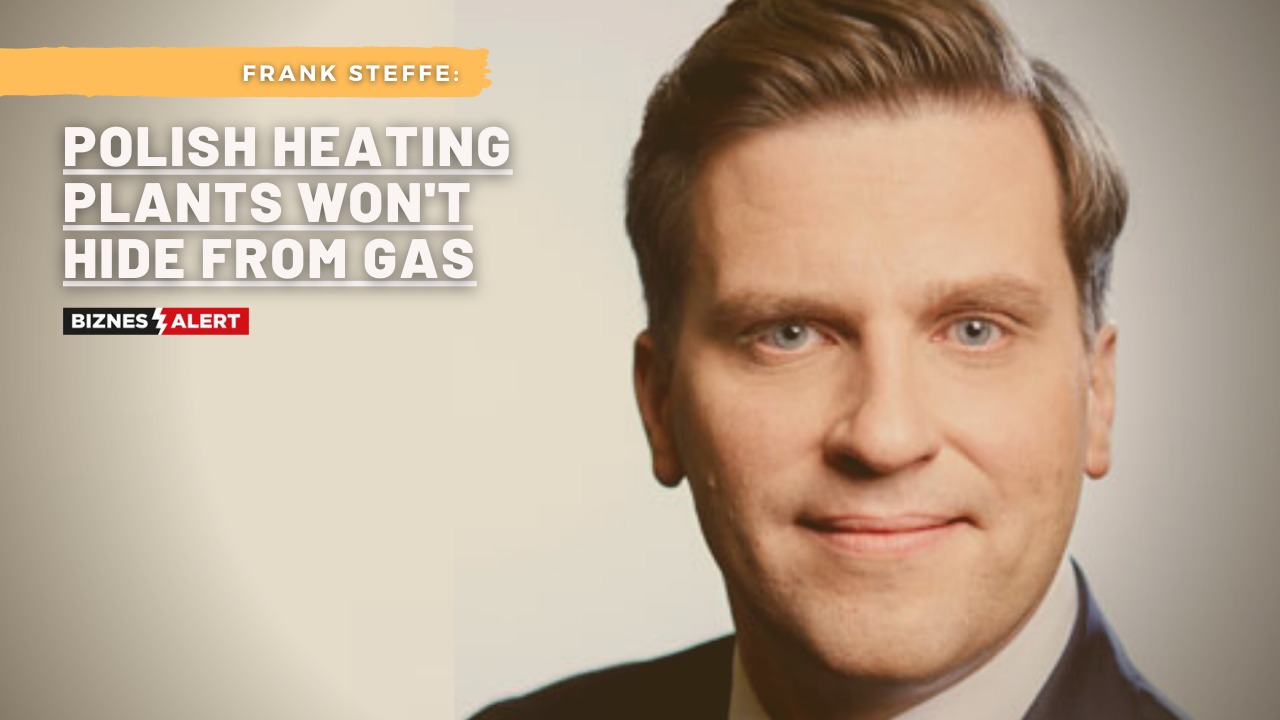 From the point of view of Poland and other countries, gas is and will be a transition fuel on their way to a zero-emission economy. In Poland the heating sector will face the biggest challenges, because to a large degree it is based on coal, so in this case a transition to gas is the most obvious step – Grzegorz Należyty, CEO of Siemens Energy in Poland, said in an interview with BiznesAlert.pl.

BiznesAlert.pl: Recently a European conference on energy transition has caught the eye of the media. A Polish accent was visible there and talks about the future of our local market ensued…

Grzegorz Należyty: Last June Siemens Energy co-organized Energy Week – a European conference that hosted experts from the Polish market, including a representative from the Ministry of Climate and Environment Deputy Minister Piotr Dziadzio. The participants talked about transitioning from coal to fuels that generate less emissions. All regions of the world took part in the conference. Energy Week is a series of online meetings during which we talk about issues related to energy transition and environmental protection. The topics are related to the specific region. For Europe the talks revolved around the practical implementation of the European Green Deal. The meetings are mostly attended by representatives of companies from the sector, as well as ministries and people engaged in drafting regulations. They are very popular, and we really wanted the Polish voice to be heard across Europe, because it is an exceptional country for many reasons. The Polish Energy Policy until 2040 is one of the most pragmatic documents of this type in Europe. The Polish path to climate neutrality will be the longest and most expensive among Central and Eastern European states. It will require a huge effort and it is important that the people who are leading these changes are heard in Europe.

Siemens Energy is known in Poland as a provider of gas turbines. Each year it looks like gas is running out of time in Europe. Before the pandemic it seemed that gas had another 20-30 years left, but last year this time span has shrunk significantly. What does Siemens Energy have to offer in this situation?

It is true that we are pretty well known for our gas turbines, but our portfolio is a lot wider. We are going through an energy transition to create a low- and zero-emission economy. From the point of view of Poland and other countries, gas is and will be a transition fuel on their way to a zero-emission economy. In Poland the heating sector will face the biggest challenges, because to a large degree it is based on coal, so in this case a transition to gas is the most obvious step. Such investments need to respond to future challenges, and our turbines are adapted to co-fire a mix of naturl gas and hydrogen. In the future the plan is to develop turbines for hydrogen fuel. We are already implementing heat pumps in Europe, we are also considering using gas in industrial production systems. The chemical sector needs to go through the transition as well. At this point its best bet is high-efficiency cogeneration. It will allow the investors to compete on the market using a product that makes an increasingly smaller carbon footprint. When it comes to baseload power plants, there is a plan in the country to shut down old coal units, but at this stage no other technology than gas is capable of supporting renewable energy sources and ensuring energy security at the same time. Energy storage technology is still being developed. Siemens Gamesa Renewable Energy is engaged in offshore, which is the key investment topic in Poland. We are also involved in the digitalization process, which contributes to improving the efficiency of power units and lowering their emission levels. We own a technology used for electrolysis and green hydrogen generation, and we will continue to invest in it. We also have an organization that advises clients on how to plan their decarbonization process. Across Europe and the world over we are discussing how to support our clients in transition. This process has definitely accelerated in comparison to just a few years ago. The European Green Deal set a common goal we all need to achieve.

Siemens Gamesa Renewable Energy is mentioned in the context of the so-called local content for offshore wind farms. Is such a synergy present outside of the offshore sector?

Our philosophy is based on partnerships and local cooperation with companies. There isn’t a single company in the world that would be able to implement the European Green Deal on its own. This is why it is necessary to set up partnerships when it comes to technologies and new ideas. We cooperate with many Polish companies. At Siemens Energy we work together with other businesses on green hydrogen and automatics, as well as digitalization for the energy sector. Recently we have signed an agreement with Polimex to build a gas-fired power plant for PGE, which will also provide heat for the residents of Wrocław. We start these types of cooperation in order to maximize local content and broaden our own experience. We are also invested in building the competencies of this sector in Poland, so that it is able to meet the challenges posed by the European Green Deal.

Is it possible to start a partnership that will result in building an electrolyzer factory in Poland, or manufacturing parts that will be indispensable for developing the supply chain for hydrogen?

These decisions are still ahead of us, and are related to the development of the hydrogen sector. Technology is one part of the story, whereas the key question is how to develop a hydrogen industry in Poland. It is worth stressing that Poland is already the third biggest producer of hydrogen in Europe, but it’s not yet green. Wind energy is a good example here as its march towards lower energy prices was very long as well. It will be possible to give a reliable answer to your question in the next few years. We all have big hopes about green hydrogen, however, it is still difficult to tell how quickly this market will grow. The number of electrolyzers built by German, Dutch and Danish wind farms is on the rise. The decisions to build such hydrogen hubs are made by states that determine how they want to enter into the hydrogen economy in the future. This could be compared to the strategy to build LNG terminals – the situation is similar when it comes to hydrogen. A few years need to pass between making the decision and starting the construction.

Offshore wind farms are becoming an entirely new sector of the economy. Where does Siemens Energy see itself in this context?

We are present in the technology sector, and we are investing in R&D in order to develop the best products. As Siemens Gamesa Renewable Energy we are present in the offshore sector as we produce wind turbines, while Siemens Energy constructs stations that evacuate power from offshore farms to land. We will cooperate with our partners on this matter as well. Despite that I do hope that this sector will be dominated by companies that already exist on our market. Polish companies could handle everything that is related to the maintenance of a wind farm, and we will not work in this area. Our job is to provide a reliable technology. In reality this area is an important part of the investments, but we expect that the majority of the construction will be done by local businesses.

Why have European companies forgotten all about small modular reactors (SMR)? Is Siemens Energy interested in them?

We are active in the zero-emission wind power sector, both offshore and onshore, we invest in energy storage and green hydrogen, and down the road we will look into solutions for the road and maritime transport sector. Nuclear power is another way of achieving the climate neutrality goal. It is worth taking a closer look at the technology, in this case social acceptance is key, and in Europe social consensus is exceptionally important. Czechia and Hungary are examples of where the introduction of nuclear power was successful, but in other states this process won’t be that fast. Small reactors will need many locations and the technology is still in the initial phase. Social dialogue will be the second stage. In Europe there is more support in favor of phasing out coal and introducing offshore wind farms than nuclear technologies. We are still facing many discussions on SMR implementation.

Lawyers: what will the Offshore 3.0 Act change?
Energy Renewables
After an almost 2-month long wait, the Council of Ministers did not adopt the Promotion of the Electricity Generation in the Offshore Wind Farms Act […]
More