No storage, no transition (ANALYSIS) 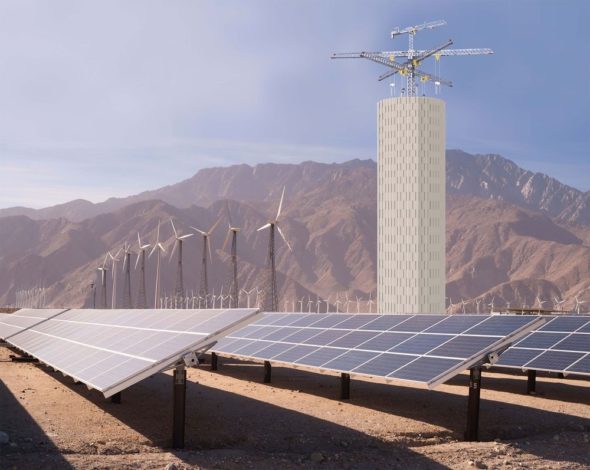 Why do we need energy storage?

The energy transition in the coming years will be based on, among others, the development of new low- and zero-emission energy sources. These sources have many advantages, but they also have some significant drawbacks that can undermine energy security. The main, and at the same time the biggest one is their instability and limited controllability. Weather-dependent energy sources, largely hinge on how the wind blows or the sun shines.

In order to build an energy system based on green energy sources, along with new wind or solar investments, it is necessary to take into account the development of energy storage, which will make the network more flexible, ensure the stability of the power system and the energy security of Poland.

Pumped-storage hydroelectricity plants operate in a daily and seasonal cycle, which means they are reliable when it comes to long-term energy storage. Due to their operational characteristics, these power plants can be used to make the network more flexible and to ensure the stability of supply. In case of an emergency, they are also able to “release” a lot of power to avoid outages.

Unfortunately, their significant disadvantage is the fact that they take up a lot of space, which limits the possibility of locating them in areas where they can work in synergy with renewables. Developing such a power plant also depends on the terrain.

When considering investing in pumped-storage plants and its service life, the exploitation and operational costs are relatively low in comparison to other forms of energy storage. The operating cost is about USD 0.0005 per kWh and the exploitation cost is between USD 3 and 8 per kW a year. This form of energy storage is already significantly developed technologically, which means new investments can be made very efficiently. In Poland, the total capacity of PSH plants is currently just over 1.7 GW, while the total potential is estimated at around 3-4 GW.

The technology that can be used for storing power from renewable energy sources, and in particular for stabilising the operation of wind farms, is flywheel energy storage.

This technology makes it possible to store energy in its kinetic form. The flywheel accelerates during the charging phase and when it is unloaded it slows down. The capacity range of such storage facilities is very small, ranging from 0.1 to 20 MW. However, their big advantage is high efficiency, which exceeds even 90 percent. Flywheels are used as grid stabilizers in the event of sudden changes in frequency and voltage. The service life of such an installation is relatively long, as it reaches almost 20 years, and in terms of cycles it can reach up to 10,000,000 cycles.

Another important form of energy storage is the smallest element – hydrogen. Due to its characteristics, H2 in its pure form has an extremely high energy density, which is up to 5 times higher than that of hard coal. Hydrogen can already play an important role as an energy carrier in the near future. Due to its properties and the possibility of, among other things, electrolysis, excess energy from RES can be used to produce carbon-free hydrogen, which can then be used as an energy storage material, in transport or in industry.

Today one of the biggest drawbacks of hydrogen are the high operating and maintenance costs, which oscillate around the range of USD 15-50 USD per kW. Since hydrogen technologies are only developing, in the near future we can expect that these costs will systematically decrease, which will make the extraction and storage of energy from H2 affordable.

There are relatively many forms and technologies for storing energy. Some of them are at a more advanced stage of development, while others are just taking their first steps in the energy sector. Galvanic cells are a well-known method of energy storage. In the energy sector, Li-ion batteries are the most widely used, primarily for energy storage and as batteries in electric cars. These batteries are characterized by one of the highest efficiency – above 95 percent – among all energy storage devices. Li-ion battery life is about 10,000 cycles, which translates to a maximum of 15 years of use. Since this technology is developing quickly, the cost of batteries is dropping every year. It is estimated that by 2050, the investment cost will be less than USD 75 per kWh. However, these batteries will find their main application not in energy but in transport. By 2028, it is estimated that Li-ion cells will account for only 0.1 TWh as energy storage, while in electric cars they will account for 1 TWh. In the longer term, however, the share of Li-ion batteries will increase, as it is expected to reach 1.3 TWh by 2040. This increase is linked to the use of used car batteries as stationary energy storage.

Currently, there are many forms of energy storage available on the market, the above options are only a small part of the entire energy storage market.

With more wind and PV farms, investments in energy storage will be necessary. It is true that they cannot be located anywhere, but with such a wide range of energy storage options, it is advisable that in the near future, in places where new RES installations will be set up, energy storage facilities should also be developed as they will ensure grid stability and flexibility. Renewable energy sources without the development of energy storage will cause more problems in the power system than they will solve.

The fate of the distance act will be sealed this month (ANALYSIS)
Energy Renewables
“Liberalization of the Distance act should enter into force at the end of November,” the Ministry of Economic Development, Labor and […]
More