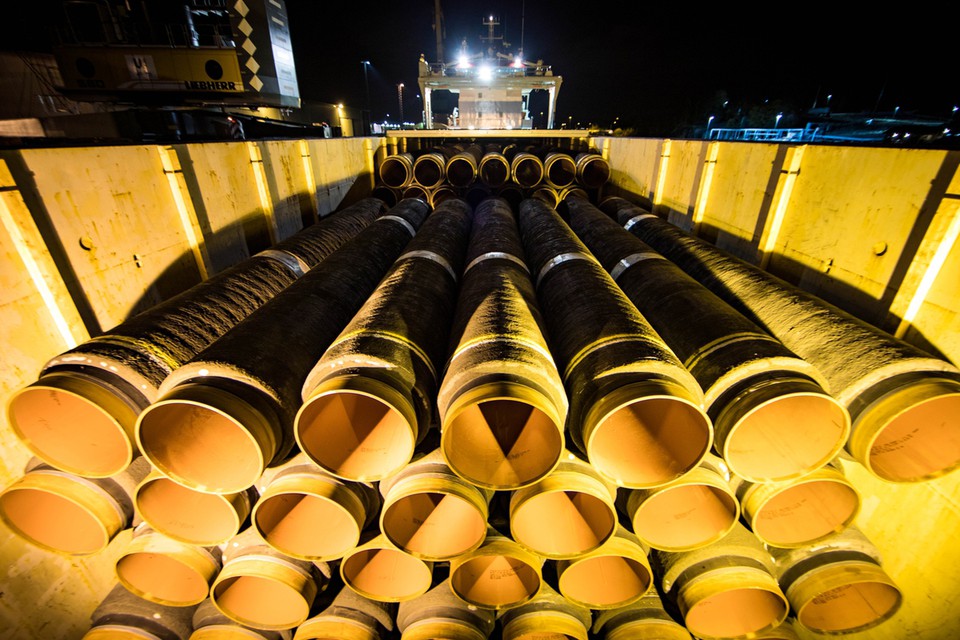 It looks like Gazprom will be able to start work on Nord Stream 2 at any moment now. Contrary to the expectations of many opponents of this controversial project, it will go on despite cod’s spawning season – writes Mariusz Marszałkowski, editor at BiznesAlert.pl.

On June 5 Nord Stream 2 AG, a company that will operate and is now responsible for the construction of the NS2 pipeline, applied to the Danish Energy Agency (DEA) to amend the construction permit issued on 30 October 2019 to use vessels with anchors.

The original permit, issued on 30 October 2019, said that the construction of the pipe could be done by DP pipe-laying vessels in the Danish section. Such a system is composed of azimuth thrusters placed under the hull and a complex control system. This solution makes it possible for the vessel to maintain a stable position even in difficult weather conditions (waves up to 1.5-2 m).

The reasoning behind this requirement was that the construction area, i.e. the Bornholm Deep, was difficult because large quantities of chemical weapons were left there by Germans and Allied navies. The Danish were concerned about the fact that anchors could unintentionally lift the munitions from the seabed and cause an environmental disaster of unprecedented proportions.

The company needs to lay about 163 kilometers of twin pipes – 145 km in the Danish area and 18 in the German section.

If both pipe-laying vessels are used – Fortuna (able to lay 1-1.5 km of pipes a day) and Akademik Cherskiy (1.5-2 km a day), it would take the company between 60 and 80 days, depending on the weather, to complete the pipe-laying.

Why did the Danish agree to Fortuna?

The permit to utilize ships with anchors pertains in reality to Fortuna, a barge owned by MRTS. That is the only ship that could be used for constructing Nord Stream 2, as it is the only vessel owned by Russia, which had previously worked in the Russian offshore construction area (26 km of the twin pipeline). The vessel is equipped neither with its own drive nor a dynamic positioning system. It is stabilized with 12 anchors that are raised by special anchor handling tug supply vessels (AHTS).

The requirement to use DP vessels the in remaining pipe-laying area does not hold, because there are no chemical munitions there. This means using anchors there is safe.

DEA’s decision should be regarded as a standard administrative ruling, especially that it pertains to the Exclusive Economic Zone, where according to the UN Convention on the Law of the Sea, a country cannot ban or make it difficult to conduct pipe-laying and underwater cable-laying.

Additionally, there exists a precedent on allowing anchored vessels in the Danish construction area, related to the construction of the first Nord Stream gas pipeline in 2010. The construction of Nord Stream’s both pipes was done by a ship called Castoro Sei, owned by Italy’s Saipem concern, which, similarly to Fortuna was not equipped with a DP system. If the DEA did not permit Fortuna to use anchors in the Dutch EEZ, the investor could take the case to court.

What is Nord Stream 2 waiting for?

Therefore, the cod spawning season will not stop the works carried out by vessels owned by Gazprom and its allies.

Nord Stream 2 also doesn’t have to wait for the DEA to accept a new construction schedule. It is enough for the investor to present such a schedule before commencing the works. According to our information, the DEA has not received such a schedule from the investor yet.

The only factor that may delay the immediate restart of construction work by both pipe-laying vessels is the time restriction related to the fact that the decision to grant the permit for anchored vessels may be appealed. According to the information acquired by BiznesAlert.pl the deadline for this will expire on 3 August this year. This means that before that day, the construction of the gas pipeline cannot be carried out by anchored vessels, but the works with the usage of DP vessels (Akademik Cherskiy) is allowed in line with the permit from October 2019. The precise deadline for starting the work is not known and depends on a few factors. One of those is how much time it will take to mobilize the pipe-laying vessels and Gazprom’s supply ships, which reached the Baltic a few days ago assisted by warships.

Why hasn’t the work started yet?

The fact that the works have not started yet means that the vessels Gazprom wants to use to build Nord Stream 2 are not fully ready yet. Akademik Cherskiy is docked at the port of Mukran and is undergoing a renovation to be able to assist pipe-laying. A day after the DEA issued the permit, the Fortuna barge left Mukran and was accompanied by the multi-purpose ship Ievoli Blue and headed for Rostock. The barge underwent modernization in that shipyard in 2018 and 2019, whose goal was to adapt it to be able to assist the construction of Nord Stream 2 in Russia’s shelf waters. Probably, because of the Danish permit, the barge needs to be modified again to be able to work on the high sea.

Additionally, the mobilization of assisting vessels is nowhere to be seen (tugboats, supply and research ships), which could mean the construction won’t resume quickly. All of the three supply vessels (Errie, Ivan Sidorenko and Ostap Sheremeta) are in ports in the Kaliningrad Region. In order for the Fortuna to be operational, at least two, maybe three tugboats, working as AHTS’s, will be necessary to anchor the barge.

It is unknown when the works will begin. A lot depends on what modifications will need to be made on the decks of the vessels engaged in the construction. Either way, it looks like we are arriving at the moment when Gazprom will finally try to finish the gas pipeline on its own. It is already plain to see that this is not an easy task. Time is Russia’s biggest enemy. On the one hand, the possibility of extended US sanctions is getting closer with the end of the year coming near (the sanctions are to be included in the defense budget, similarly to the previous year). On the other hand, the closer to autumn, the harsher the weather on the Baltic Sea will become, which could successfully undermine the plans to use Fortuna, which is a lot more susceptible to weather conditions than Akademik Cherskiy. However, the fact that Gazprom doesn’t need to wait for September, gives it a slight chance that the construction will be completed before the end of 2020, in line with Vladimir Putin’s expectations.

Today (almost) nothing stands in the way of commencing the works. Denmark and its environmental requirements are definitely no longer an obstacle.