New US sanctions against Nord Stream 2 or Gazprom? 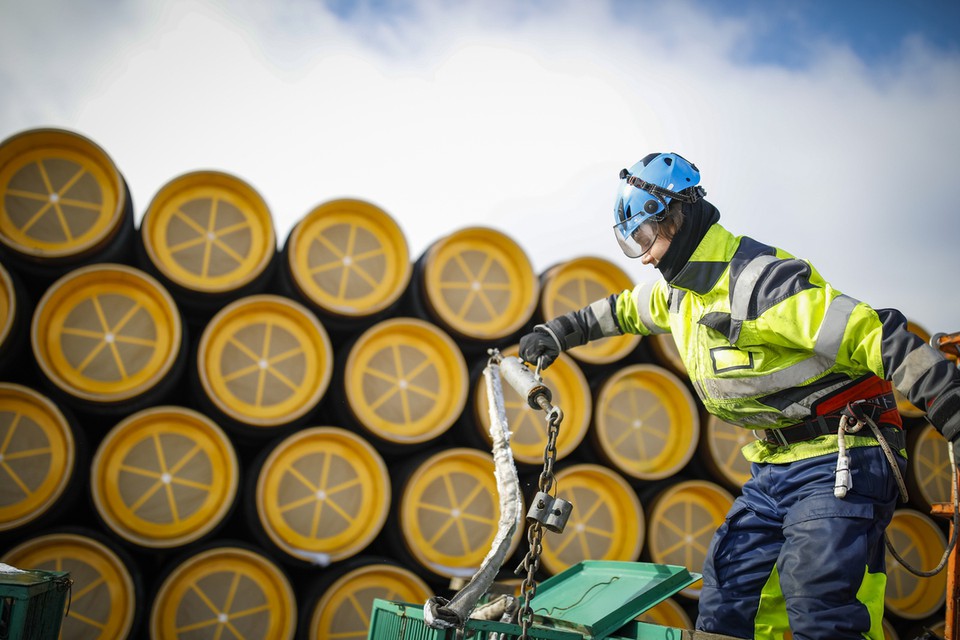 The US is threatening new sanctions to block the Nord Stream 2 project. The measures may target gas deliveries via the controversial pipeline, but it would be truly shocking if they were imposed on Gazprom itself – writes Wojciech Jakóbik, editor in chief at BiznesAlert.pl.

New US sanctions on the horizon

US Senators will prepare new regulations impacting the controversial Nord Stream 2 gas pipeline if Russians resume construction on the Dutch waters. This will be possible after the Danish Energy Agency issues a permit, but at this moment it is still waiting for documents on Russia’s plans. These remain unknown, which may be a purposeful move on the part of Gazprom to make it harder for Americans to draft the sanctions.

The outgoing US ambassador to Germany, Richard Grenell suggested in the past that new US sanctions could affect companies that would import gas via Nord Stream 2. Igor Yushkov, an analyst at Russia’s National Energy Security Fund, claims that this scenario is made more likely by the fact that the controversial gas pipeline is to be subjected to the Third Energy Package thanks to the EU Gas Directive. These regulations will introduce mandatory transparency about the users of the pipe. They will also ensure third party access to the infrastructure by enabling gas trading at the pipeline’s entry point. This means the gas will be controlled by Gazprom’s clients already in the Baltic Sea area. American sanctions could impact imports via Nord Stream 2 only if they did target companies that cooperate with Gazprom. The sanctions could also hit the pipeline’s new operator, especially if it was Gascade, a company that is partially owned by the tycoon from Petersburg.

However, a new idea on the measures has emerged in the US media. Financial Times’ Henry Foy wrote it was probable that sanctions would be imposed against Gazprom itself, a company that provides a third of gas to the European market. Such a solution would impede cooperation with this company across the entire continent and could have a negative impact on Gazprom’s long-term contracts, for instance PGNiG’s Yamal contract that is binding until 2022. This scenario, which is difficult to imagine, could completely change the transit routes in Europe because Gazprom’s current clients would have to find alternative solutions. The future of countries that depend on Gazprom the most would become a huge question mark, an example here is Bulgaria which imports most of its gas from Russia.

However, it is worth questioning the words of the outgoing US ambassador and focusing on the propositions of the US Senate. So far none of the versions of the sanctions bill said anything about measures targeting Gazprom specifically. A more probable scenario is where sanctions make it impossible to transmit gas via Nord Stream 2 even if the pipe is completed before the end of 2020, or the first quarter of 2021. Russians are already coming to grips with this thought, which is visible in the Russian media, whose current narrative is that Nord Stream 2 could wait because gas demand is down anyway. Still, making it impossible to deliver gas via the pipeline would be a great blow to the profitability of this endeavor, which would decrease the changes of paying off debts to western companies that bankrolled the project. The delay of Nord Stream 2 is detrimental both to the project itself and to Gazprom, which is currently solely responsible for it. The company has been hit hard by the issues with this megaproject and the worsening exports.

Despite the fact that the Kremlin’s spokesman Dmitry Peskov claimed Nord Stream 2 would be completed in spite of US sanctions, which he deemed discriminatory, Russians seem to take seriously the possibility of new sanctions. Gazprom’s Board of Directors will meet on 11 June to discuss the action plan in response to western sanctions imposed on the entire group, which includes Gazprom Neft. The sanctions were used against the company for the illegal annexation of Crimea by Russia and the war in eastern Ukraine. The meeting will pertain to the years 2018-2021, so the future will be discussed as well. Gazprom wants to continue substituting imports, which will make it independent of equipment and technical assistance from western companies. So far this process has not been very effective, which is evidenced by the issues another megaproject is facing, i.e. the Strength of Siberia gas pipeline to China. The process of substituting the pipeline had a negative impact on parts of the Chayanda gas field and caused a decrease in technical standards. Russians have admitted they were not able to achieve a sufficient standard of quality without support from western giants such as America’s Schlumberger and others.

Gazprom will probably try to finish Nord Stream 2 on its own. Sanctions against the company would hit Russia, but also some of its European clients. It remains to be seen whether Donald Trump’s administration will take such a major step. Imposing sanctions on gas deliveries via Nord Stream 2 seems a lot more likely and Americans may use various strategies to achieve this goal. Time will tell if Washington’s threats will be carried out. When they were carried out at the end of 2019, they made it impossible to complete Nord Stream 2 and in reality delayed the project at least by a year.