Nowa Sól and an old dispute 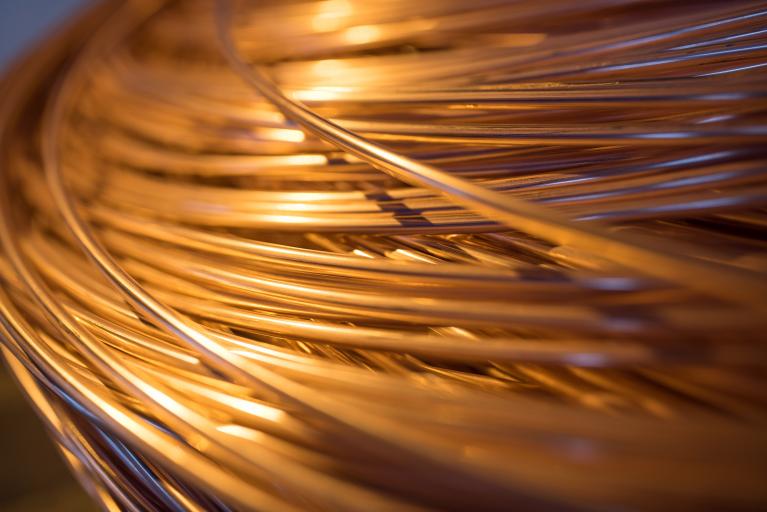 The “new deposit” at Nowa Sól is actually old, but only recently were its contents estimated. It has become a part of a license dispute between a state-owned giant and a private investor – writes Wojciech Jakóbik, editor in chief at BiznesAlert.pl.

This February Canada’s Miedzi Copper Group Corporation revealed that it had discovered a “new copper and silver deposit” estimated at 848 m tons of copper and silver ores, 11 m tons of copper and 36,000 tons of silver near Nowa Sól in the Lubuskie province. The company had drilled 20 shafts in the area since 2014, but the documentation confirming the finding was approved only now. The discovery is located at the northern edge of a deposit in the Sudetes, which in the south is mined by Poland’s KGHM. The deposit has been examined since the 1950s.

Canadians and Poles have been fighting for a drilling license in this location since 2014. The government is planning to update the Geological and Mining Law in 2020 and the amendments, which the Senate failed to reject, will subject the licenses to regulations introduced before 2015. Currently the Chief Geologist of Poland does not know on what legal grounds the licenses should be awarded. Miedzi Copper wants to build a mine, which would put KGHM’s interests at risk. The Canadians have already filed suit with international arbitration. According to a Polish daily Dziennik Gazeta Prawda the claims may reach PLN 5 bn. The parties went to court because they don’t agree on how the licenses were split in the past by the Ministry of the Environment, whose decision meant the Canadians would lose their permit.

The deposits found by Miedzi Copper, owned by Lumina Group, are 1.7-2.2 km underground. This means they would have to be extracted in a temperature of 60-70 Celsius necessitating the utilization of machines that would increase costs. It is worth remembering that the KGHM copper mine in Głogów is currently extracting at a depth below 1.2 km. The company has announced that within a decade it had spent ca. PLN 20 billion at the site. The money was spent to expand mining corridors and explore the deposit in more detail. The Canadian mine will require an equal or bigger investment. The construction of the mine could take anything from 5 to 10 years depending on the pace of the administrative proceedings and infrastructure construction.
However, before this happens Miedzi Copper has to provide details on how big the deposit actually is. So far the company has prepared C2-level documentation whose error level for estimates is under 40%. To start a construction a C1 category estimates are needed, these ensure an error level below 30%. This may take a couple of years. After that stage is completed a deposit development plan needs to be drafted and only then is the company allowed to actually apply for a production license. Also, considering the fact that environmental regulations are becoming tighter, the extraction of copper would require measures that would limit its environmental impact, such as KGHM’s Żelazny Most Reservoir, a copper mining tailings dam. The Poles will use this argument in their license application.

Poland had previously opened its market to license owners lacking the necessary capabilities to pursue profitable extraction. This happened during the so-called “shale heat”. In 2011 the US Energy Information Administration released a report which estimated Poland’s shale gas reserves at 5.2 trillion cm. In result a lot of investors came to Poland searching for shale gas. In the end only two Polish companies, PGNiG and PKN Orlen, in cooperation with giants like Chevron, were truly determined to look for the gas. The majority of investors that received exploration licenses took a shot at speculation and then gave up without actually finding anything.

KGHM may try to convince the government it will be serious about searching for copper due to the proximity of its Bytom Odrzański license, which would allow extraction without additional infrastructure. Miedzi Copper is at a disadvantage in this context because its owner Lumina Group does not extract copper at any of its sites. Other deposits taken over by its sister companies were resold to profit the Canadians. It has been an open secret that the total investments of the Lumina companies amounted to ca. USD 148 m (acquiring the rights to licenses cost ca. USD 16 m), whereas the profit made from reselling the projects was over USD 1.5 billion. It is difficult to estimate how much actual extraction would be delayed if trading with licenses occurred. Ross Beaty from the Lumina Group admitted to Business Insider that the Group’s goal was to prepare the license for extraction in order to sell it to a company that was ready to invest. Does this mean the Canadians want to take over the deposit only to resell it to the Poles with a profit?

The arguments for and against awarding a license to the parties arguing over Bytom Odrzański do not tell us what the final ruling of the international arbitration will be. This old dispute is now being reborn at Nowa Sól where the old/new deposit is adding fuel to the fire. Poles and Canadians need to settle the dispute in court and the Polish state will need to decide whether and on what terms it will build a new copper mine: leave the business to a local tycoon that has a monopoly, or let in a new player who may turn out to be a profiteer.

PGE and KGHM together wish to reach for the energy from the Sun
Energy
The Polska Grupa Energetyczna (PGE) and KGHM, during a press conference at the 29th Economic Forum in Krynica, have signed a letter of intent […]
More