Nowak: We were waiting for a law on heating prices, we got a humbug (INTERVIEW) 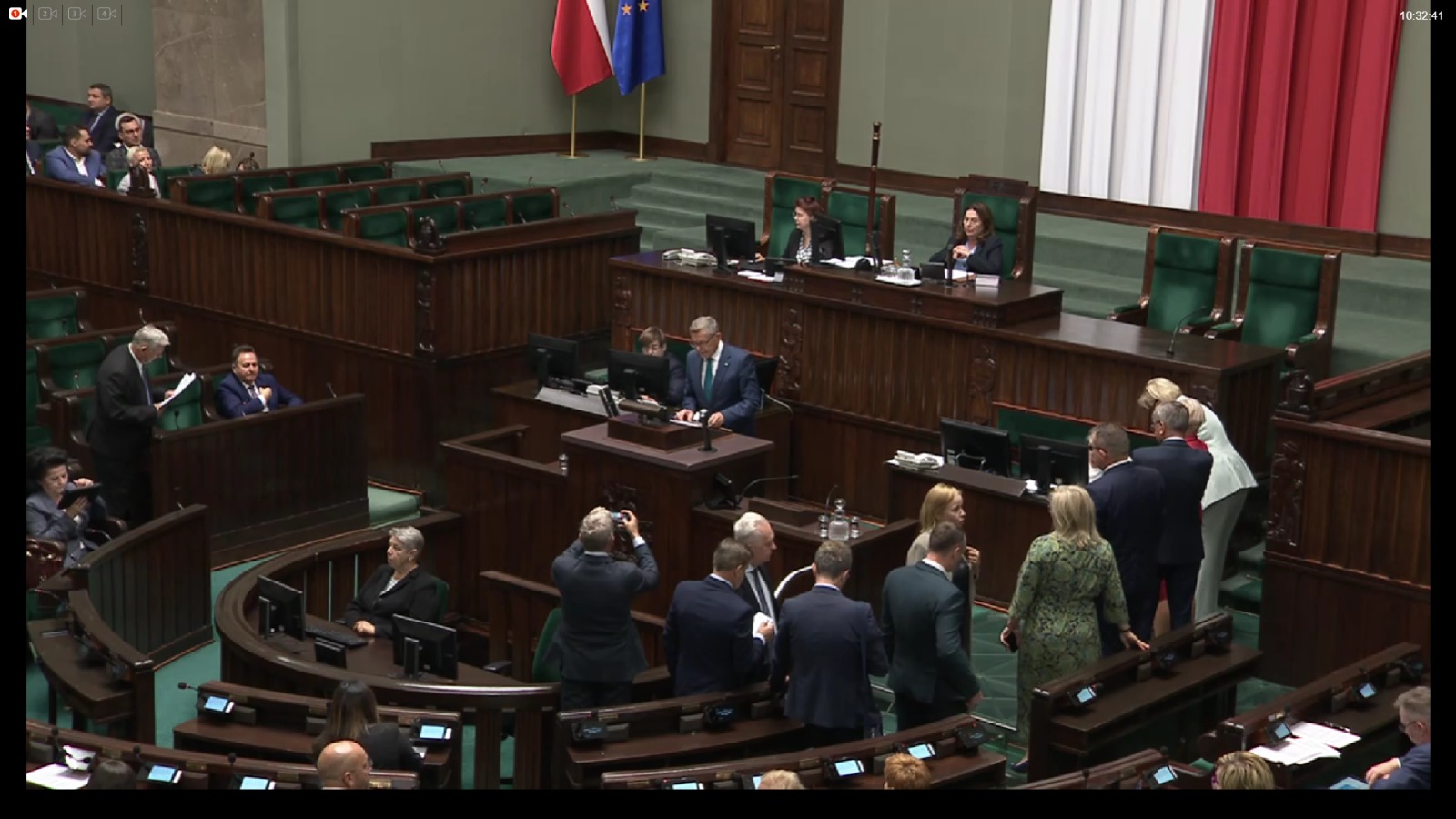 Minister of Climate and Environment Anna Moskwa said at the last Sejm session in August that she would draft a law that would guarantee that the increase in heating costs for all Poles would not exceed 40 percent. We were waiting for this bill, but we got a humbug – says Tomasz Nowak member of the Civic Coalition party in an interview with BiznesAlert.pl.

BiznesAlert.pl: The Minister of Climate and Environment Anna Moskwa presented at the Sejm the provisions of the new law that is to limit the increase of heating prices. What do you think about it?

Tomasz Nowak: This law excludes many residents of cooperatives and housing communities. Law and Justice (PiS – ruling party – ed.) applied the GJ value to the average heat generation price, referring it to the previous tariff year and increasing the fuel cost by 60%. As a result of this averaging, the price per GJ is very often too high, especially for more efficient heating plants. Consequently, the residents that use heat from such units will be entirely excluded from the support system. This means that, for instance in Konin the heating bills will go up by 67 percent year on year, but the residents of Konin will to be encompassed by this bill, because ZE PAK generates heat from biomass, in a tariff based on advances, at a price lower than PLN 103 per GJ, which is binding for biomass. Similar signals are coming from all over Poland (many coal-fired power plants are also below the average GJ value). In general, the indicators that heating plants must meet exclude many residents from those heating plants that will produce heat at a cost lower than the assumed indicator. Regardless of whether a resident of a particular town pays several percent more than in the previous year, their heating bill increase will still not be limited to 40 percent.

This is by design, to limit the number of beneficiaries of the scheme. But this creates a danger that now many heating plants will wonder how to arrive at this coefficient and receive compensation. I am concerned that speculation over fuel prices will take place, and they will go up so that many companies can receive the compensation. As a result, statistical and generalised averages that promote the least efficient and most expensive heating plants will become the norm, and those who produce heat cheaper and more efficiently will be faced with the question of whether it is worth producing it cheaper or overstating their costs to qualify for support.

What ideas does the Civic Platform (PO-main opposition party) have in this regard? Do you, like Law and Justice, think that subsidies are the best solution, or do you have other ideas?

Minister Moskwa said at the last session of the Sejm in August that she would draft a law that would guarantee that the increase in heating costs for all Poles would not exceed 40 percent. We waited for this bill, but we got a humbug. In this regard, we have prepared our own amendments, which go against the position of the government. We wanted to introduce them, so that the society would not feel cheated and that the energy poverty of Polish families would not increase dramatically. Our proposal is very simple – we are not guided by the national average price of heat production, we just refer to the average price of production for the previous season, at each heating plant, according to the rates approved by URE and raise it by 40 percent for this season. Thus, all those who produce heat that is more expensive than 40 percent compared to last season, will receive compensation, according to all the formulas introduced in this law. If a plant generates heat that is more expensive by 80 or 100 percent, it will get back from the settling manager 40 or 60 percent respectively. The money for compensation is paid from the Covid fund, but it is bankrolled with funds from the ETS.

We believe that it is necessary to help people, because the situation is dramatic. But we also believe that PiS makes patchy laws, there is no strategy to combat the crisis, aid is not targeted precisely, and since such laws are drafted by a party that should have access to all source indicators, it remains for us to improve the proposals, so that there are no exclusions. With regard to the energy policy for this and next year, the number one priority must be to ensure the energy and heating security of Poles. This is a cost that we have to bear in order to protect households and businesses. Companies are going bankrupt en masse and we need to respond with aid. If the budget had not been squandered for the past seven years, if we had done the energy transition more wisely by unlocking wind power on land, we would not be short 12 million tons of coal today, only 2-4 million, which would be within our reach.
As Civic Platform, we will want to present a plan to tackle the energy crisis. We have already presented the report “Energy under PiS. Expensive, more expensive, dark ” – it includes many solutions that we can offer. In times of crisis, we will expand them. We understand that there is a war going on, and the energy crisis is all over Europe, but we do not understand why Poland’s energy policy is outdated, why the mines that were shut down were not replaced at the same time with other energy sources. The aid packages only partially address the problems. We have proposed an amendment, so that entrepreneurs can use distring heating on the same terms as residents of housing estates (main consumers of district heating in Poland – ed.). PiS rejected this proposal, claiming that this is impossible due to EU regulations. This is not true, as professor Jerzy Buzek has already pointed out.

Is there a risk that years of anti-smog policy will be squandered in the name of combating the energy crisis by loosening the quality standards for fuels allowed to be burned in furnaces?

We often say that PiS fell into the trap of Russian coal. For seven years, we have been saying in interviews and speeches that this was the bloody coal from Donbas, where the war was going on. There was no response. We believe that if the PiS government had already started looking for alternative coal supplies a few years ago, contracting its supplies in advance and at the same time gradually moving away from it in Poland, we would avoid the drama we are facing today. Unfortunately, the patchy approach to this problem was also revealed when PM Morawiecki introduced an embargo on coal overnight, without examining the situation or guaranteeing safe supply. This is why the helpless chairman – Jarosław Kaczyński (PiS chairman – ed.) – says we “should burn everything except for tires.” He says this because he knows that there is not enough coal, and the raw material that arrives to us on bulk carriers does not meet the standards. The fact that PiS has been consistent in not making responsible decisions earlier, made this year, with permission from Jarosław Kaczyński, a year of exceeded emission standards and poisonous substances being burned.

Polish MPs together for nuclear power. A consensus emerged in Poland
Energy Nuclear
During a sitting of the Sejm’s Committee on the European Union, the MPs discussed Germany’s departure from nuclear power, which is being […]
More

Buk: Fit For 55 can help modernize the district heating, but regulations must be […]
Energy
During the webinar organized by EurActiv, the vice president of PGE Wanda Buk spoke about the transformation of the heating sector in Poland. Related […]
More

All Poles will feel Trump’s movement on Iran
Energy
Better safe than sorry. In January 2017, I wrote that although Iran is tempting Poland, Polish companies are cautious. Donald Trump confirmed their […]
More