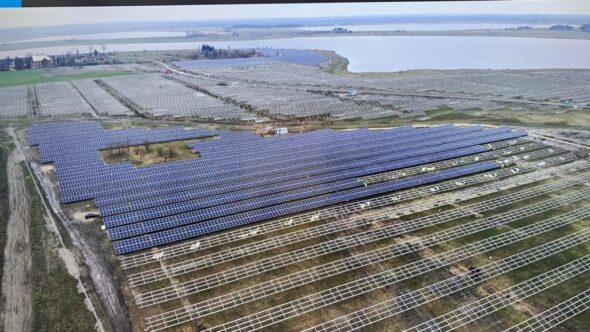 What goes on in Poland on the 11th of May.

PKN Orlen has submitted a formal application to the Office of Competition and Consumer Protection (UOKiK) for the acquisition of PGNiG. Daniel Obajtek, the president of PKN Orlen, informed about the request.

“After the acquisition of Energa and the consent of the European Commission to the merger with Lotos, this is another important step in building a strong multi-energy company. The transaction will allow us to become a leader in energy transition in the region,” Obajtek tweeted.
At the end of March the European Commission decided that it was the Office of Competition and Consumer Protection, not the Commission, that would examine the merger of PKN Orlen and PGNiG. According to the European Commission, UOKiK has adequate experience in assessing the characteristics of the energy sector markets, which was reflected in the decisions issued so far in this area of the economy.

Carrying out the procedure for the acquisition of PGNiG by PKN Orlen before the relevant competition protection authorities is one of the elements of the Letter of Intent signed on July 14, 2020 between PKN Orlen and the State Treasury. The transaction model and its schedule will be developed by a team consisting of representatives of the parties to this agreement. PKN Orlen is the leading party in the transaction.

According to the estimates of the Polish Power Grid (PSE), on May 10, 2021, a new record for the generation of power from PVs in the National Energy System was set. The installed capacity of photovoltaic sources in Poland also amounted to a record 4,469.8 MW. At the same time, PSE announced another record in solar energy production of 3,278.7 MW. The previous record was set the day before.

Despite the lack of a current call for the My Electricity program, i.e. a subsidy for home PV installations, assembly companies have their hands full. This is due to the fact that home PV installations are starting to pay off more and more with increasing energy prices, and at the same time, the second edition of the program and the third call for subsidies under the My Electricity program will start on July 1 this year. Applications can be submitted for installations that have been installed as of February this year.

At the same time, according to the estimates of the same operator, on May 10, 2021, a new record for PV generation in the NPS was broken. At 12:30 pm, the solar sources were working with a capacity of 3278.7 MW, and the production between 12 and 1 pm amounted to 3,278.7 MWh. Large photovoltaic farms will also be of key importance for the increase in PV power, apart from micro-installations. The last record was broken a day earlier and amounted to 3,140 MWh.