Polish Briefing: Orsted will sell PGNiG gas for the needs of Baltic Pipe 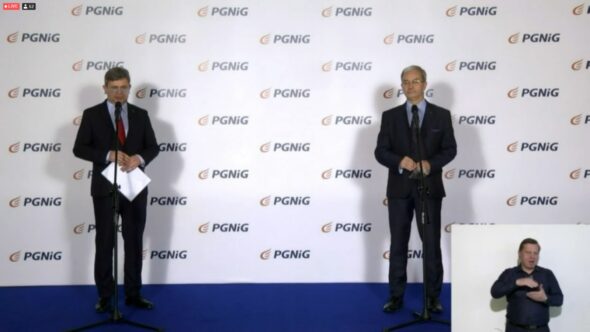 What goes on in Poland on the 22nd of October.

Orsted will sell PGNiG gas for the needs of Baltic Pipe

Danish Ørsted concluded a long-term natural gas sales agreement with Polish PGNiG Supply & Trading. According to the agreement, in 2023-2028, Ørsted will resell part of the natural gas produced in the Danish part of the North Sea.

From mid-2022, gas production is expected to resume from the Tyra field in the North Sea. As a result, gas production in Denmark will significantly increase and exceed its demand. At the same time, Danish biomethane production is expected to increase significantly. In the period from January 1, 2023 to October 1, 2028, PGNiG Supply & Trading expects to purchase approx. 70 TWh of natural gas (approx. 6.4 billion cubic meters – ed.), Which Ørsted buys from the Danish part of the North Sea.

– We are building energy security, this is what the contract with the Danish company Orsted concerns. The agreement will allow gas to be imported from January 1, 2023 to October 2027. It is the Tura field in the North Sea, which has been used for 35 years. This field has been undergoing modernization since last year, which is expected to last until 2022. Orsted is Denmark’s largest energy company. The company generates revenues similar to those of PGNiG, amounting to approximately EUR 9 billion – said PGNiG president Jerzy Kwieciński at a press briefing.

– The contract will give us an additional billion cubic meters. gas annually, which will ensure energy security for us – emphasized the president of PGNiG.

– Parallel to the development of operations on the markets of Northern Europe, PGNiG is strengthening its presence on the wholesale gas markets in Central and Eastern Europe. In 2020, the company started trading gas in the Czech Republic and Slovakia and plans to enter the Hungarian market in the near future. Through its London branch, PGNiG develops its competence in the area of ​​LNG trading. Over the past three years, PGNiG has completed numerous spot and medium-term transactions for the supply of liquefied gas, providing the PGNiG Group with a visible position on the dynamically growing international LNG trade market – we read in the statement by PGNiG.

Polish Briefing: Poland at the next Central Europe – China summit
Polish Briefing
What goes on in Poland on the 28th of November. Related posts: More LNG instead of gas from Russia. PGNiG sums up the year 2018 Polish Briefing: […]
More