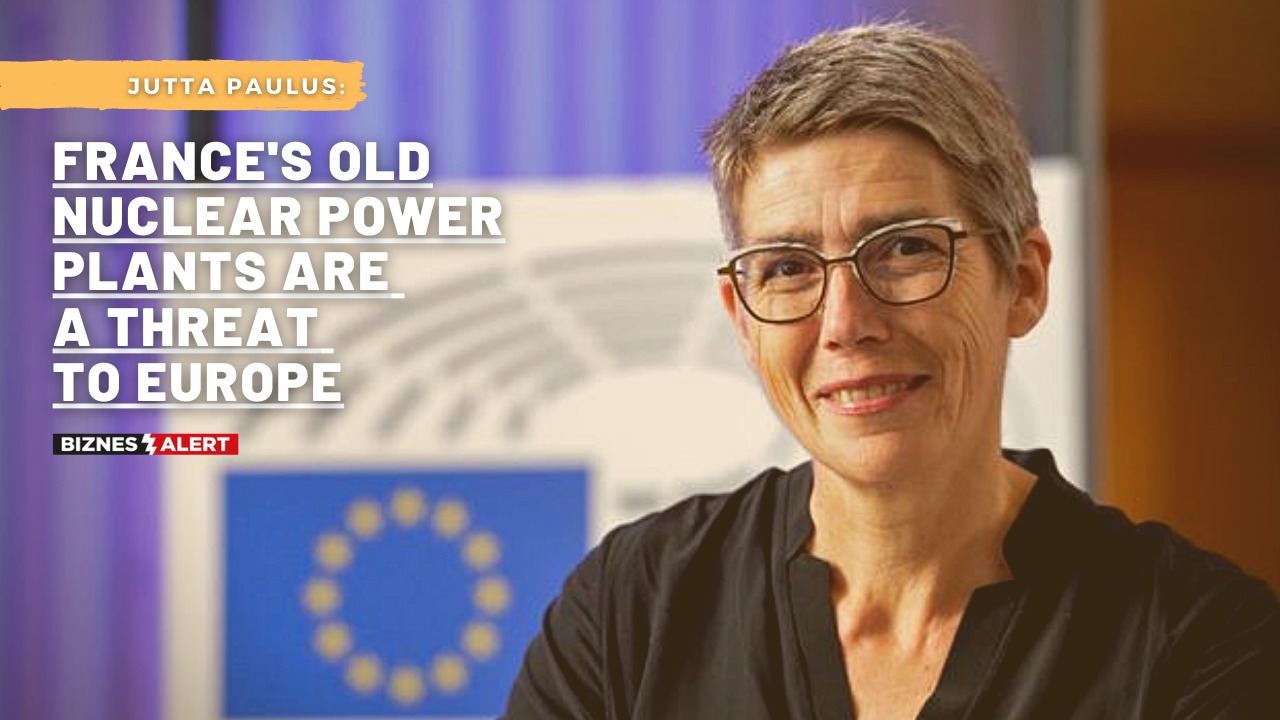 Modernizing the safety of reactors in France’s nuclear power plants, e.g. to prevent core meltdowns, is technologically impossible and in some areas, such as safety in case of an earthquake, it is so expensive it is practically impossible. The consequences of nuclear disasters go beyond a country’s border. France’s old nuclear power plants are a threat not only to France, but to entire Europe – Jutta Paulus (Greens/EFA) said in an interview with BiznesAlert.pl.

BiznesAlert.pl: Next year Germany will completely phase out nuclear power. How did the disaster in Fukushima impact this decision?

Jutta Paulus: The support of Germany’s public opinion for nuclear power, especially since the 1970s has been in decline. In Germany there was a strong anti-nuclear movement that regularly gathered thousands of people in the streets to march against the dangers posed by nuclear power. The movement gained momentum especially after the the horrible disaster in Chernobyl, which took place almost 35 years ago.

In 2001 when 30 percent of power was still generated at NPPs, the Schröder and Fischer government (SPD-Greens coalition – ed.), reached the so-called Anti-Nuclear Consensus, which pacified the entire issue. As part of the consensus, Germany made a deal with NPPs operators, which guaranteed them stable residue amounts of electricity. In return the operators agreed to back down from taking any legal action.

In 2010 the Merkel and Westerwelle (CDU/CSU-FDP) government broke the consensus and introduced an act to prolong the operation of German power plants. This resulted in mass protests that lasted throughout the 2010/2011 winter. A year after that decision and a day after the accident in Fukushima, 60 thousand people formed a 45-km long human chain from the Neckarwestheim nuclear power plant to Stuttgart. Under pressure from the public opinion, chancellor Merkel changed her decision from the fall of 2010, and the oldest and most dangerous NPPs were immediately shut down. For the remaining nine reactors the shut down dates were set. Chancellor Merkel justified changing her opinion by claiming that even a state that owns advanced technology, such as Japan, cannot exclude risk.
The majority of the German society is still consistent about their opposition to nuclear power. The proponents of atomic power maintain that NPPs generate low-emission energy and that they already exist anyway. Its opponents point to the fact that NPPs are getting older, which increases the risk of a breakdown; and they also warn about the unsolved issue of radioactive waste disposal, the impact on the environment caused by uranium mining, reliance on imported uranium and the risk of nuclear weapons proliferation.
Economic factors also speak against nuclear power – it’s expensive, it takes a long time to build, it cannot be insured and we still don’t know how to handle the nuclear waste. Moreover, there are safe and sustainable alternatives in the form of renewable energy sources.

In France over 75 percent of power is generated at nuclear power plants. After the disaster in Fukushima were similar arguments raised there to the ones made in Germany?

In France, there is an anti-nuclear movement, but it is rather small. Since power generation there depends so heavily on nuclear power plants, it is also more difficult to phase out this source. However, according to the government the participation of nuclear power is to drop to 50 percent by 2035. EDF, the power provider whose half of shares are owned by the state, is deep in debt and finds it difficult to do safety maintenance work. The construction cost of new power plants in Flamanville and Olkiluoto, in which the EDF is engaged are going up incredibly quickly and their completion is delayed by a few years. However, these facts are rarely discussed in France. The NPP program is directly tied to the nuclear weapons program, of which many French are very proud.

Only recently did France decide to prolong the opening of over half of its NPPs, even though half of the 900 MW reactors have already reached their maximum lifespan of 40 years, and despite the fact that their safety protocols come from the 1960s and 1970s. Last year I published research, which showed modernizing the safety of those reactors, e.g. to prevent core meltdowns, is technologically impossible and in some areas, such as safety in case of an earthquake, it is so expensive it is practically impossible. The consequences of nuclear disasters go beyond a country’s border. France’s old NPPs are a threat not just to France, but to entire Europe.

Poland is planning to base its power generation on nuclear power plants in the coming decades. What do you think about this decision?

I think Poland’s decision is wrong. Apart from the known risks and threats (accidents, waste management, uranium supply), the Polish citizens will be burdened by unnecessarily high costs. This graph by the World Bank shows that generating power at nuclear power plants is very expensive. Aditionally, we should not forget that nuclear power plants depend on cooling water – during the summer heat wave in 2018 Germany’s nuclear and coal power plants had to significantly decrease their output, because the rivers didn’t have enough water. Such situations will probably occur more often due to climate change. And finally, it would be much quicker to limit CO2 emissions by growing PV and wind power generation.