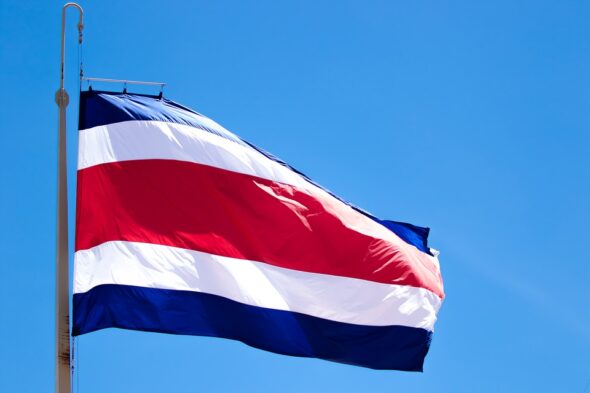 Last week, we explained why Bhutan is the champion of the fight against climate change, but Costa Rica is the unexpected runner up. This Central American country is characterized by great biodiversity and richness of culture, which is why it is called “the most colorful country in the world”. It seems, however, that the color green dominates the Costa Rican energy and climate policy – writes Michał Perzyński, editor at BiznesAlert.pl.

Costa Rica is an interesting place – due to a provision in its constitution, it hasn’t had an army since the 1940s, of which the Costa Ricans are proud. The population is over 5 million people, and the climate in Costa Rica is tropical. There are a lot of volcanoes there, it’s a seismically active area. It may be of interest that there are 52 species of hummingbirds in the country. Costa Rica’s unofficial motto is “pura vida”, which means “pure life”. This makes sense if you look at the energy and climate policies there.

In 2020, Costa Rica’s energy mix was as follows: 65.9 percent of energy came from hydropower, 11.4 from wind, 7.3 from biomass. As much as 99.5 percent of the population has access to electricity. Conditions for hydropower are excellent there due to extreme rainfall and many rivers. The largest water bodies in Costa Rica are: the Arenal dam, the Cachi dam, the Rio Macho dam, the Pirris dam, the Reventazón dam and the planned El Diquís hydroelectric power project. The dam on Lake Arenal was built in 1979 as the first dam dedicated exclusively to hydroelectric power generation. It is located near the famous Arenal volcano, one of the main tourist attractions in Costa Rica. Just this one hydroelectric power plant is able to provide up to 12 percent of the energy consumed in the country. The dams on lakes Cachi, Rio Macho and Pirris are fed by the Rio Reventazón river and its tributaries.

The Cachi dam is located on an artificial lake that was built in the 1970s and produces enough energy to power about 330 thousand homes in Costa Rica, it also prevents flooding. The Rio Macho hydroelectric power station has been in operation since 1963, providing hydroelectric power to central Costa Rica. Downstream, the Pirris dam is one of the largest of its kind in Costa Rica and can power 160,000 homes. The El Diquís dam is still in the planning phase, but it is expected to be one of the largest of its kind in Central America with 631 MW of capacity, enough to meet the electricity needs of about a million people. The recently opened Reventazón dam, currently the largest hydroelectric project in Central America, is located on a river of the same name. It has a capacity of 305.5 MW.

It is worth noting that Costa Rica is an exporter of energy. The Costa Rican Electricity Institute (ICE) began selling the surplus to the regional market of Central America in 2015. Electricity from Costa Rica goes to Guatemala, Nicaragua, Panama, Honduras and El Salvador. This allowed the country to earn over USD 180 by 2019.

In 2007, the administration of former Costa Rican President Oscar Arias Sánchez announced a goal for Costa Rica to become the second carbon-neutral country in the world (the first was Bhutan) by 2021, to mark the 200th anniversary of independence from Spain. This goal has clearly proved a bit too ambitious, as the country is still not climate neutral in December 2021. As in many other countries, e.g. Bhutan, money is one the challenges Costa Rica is facing on its path to carbon neutrality. While the country is very high up on the happiness index, it is not wealthy. Another troublesome obstacle to achieving the objective of climate neutrality is the transport sector, which is responsible for more than 50 percent of all greenhouse gas emissions produced in the country, and it must be admitted that it is the Achilles’ heel in the whole puzzle. Costa Rica also ranks third in Latin America in terms of the number of diesel cars, which makes the need to switch to more environmentally friendly modes of transport a top priority for the Costa Rican government in the future. The secret to the success of Costa Rica’s climate policy lies in its lush forests, which absorb huge amounts of carbon dioxide, another issue is the decarbonization of transport – the government wants to completely electrify this sector by 2050.

On the other hand, Costa Rica is active in international climate policy. At the COP26 summit in Glasgow, the country, together with Denmark, adopted the initiative of the Beyond Oil & Gas Alliance (BOGA), which will strive for a fair exit from oil and gas. The alliance also includes Sweden and Greenland from the Nordic countries, as well as France, Ireland, Quebec and Wales as main members. BOGA is the first governmental alliance of this kind. The group has set a deadline for ending oil and gas exploration and production, decided to limit the issuance of new concessions, and took other significant measures that will contribute to the common goal of bringing oil and gas production in line with the objectives of the Paris Agreement. In addition to the principal members, California, New Zealand and Portugal are associate members. Italy joined as a “friend” of this initiative.

Things are not perfect in Costa Rica, but stopping deforestation was a definite success. Starting in the 1980s, the government of Costa Rica has implemented a policy for the protection of natural forests. By 2016, the amount of land covered by forests has doubled, and now covers 50 percent of the total area of the country. Another interesting initiative is the Payment Program for Environmental Services (PES). Costa Rica created this program in the 1990s as part of a policy to combat deforestation. The success of renewable energy in Costa Rica is partly due to the pioneering work of this initiative. It allows landowners to receive direct payments for using technologies that do not adversely affect the environment. The ecological services that can be provided include water treatment, irrigation, energy generation and the protection of biodiversity and landscape beauty. This allows landowners, especially farmers, to earn extra income even in more difficult times.

Despite problems in some areas, people in Costa Rica live happily, healthily and for a long time. In a 2015 Bloomberg survey, Costa Rica was named the healthiest country in Latin America and the 24th healthiest in the world. Life expectancy there is 80 years. According to a 2016 study, poor Costa Ricans live longer than poor Americans. This may be due to psychosocial factors. This fits perfectly with the pura vida motto, which is to slow down and relax, and enjoy what life has to offer.