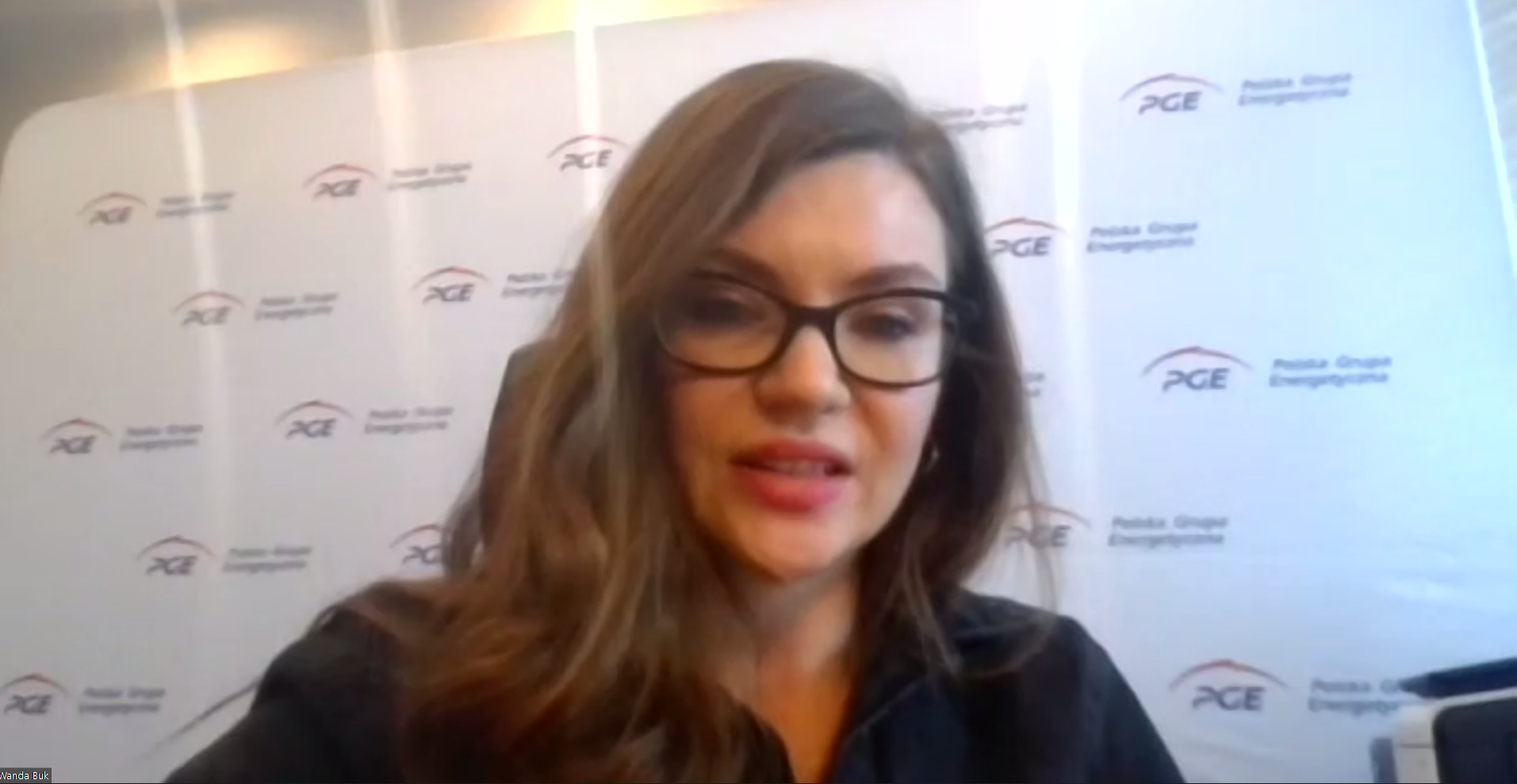 During the first debate of the European industry and representatives of EU institutions since the publication of the “Fit for 55” package, PGE appealed to co-legislators for a more ambitious increase in the Modernisation Fund and continued support in the transitional period for gas investments that will facilitate the phase-out of coal in line with the technological neutrality principle.

Last Wednesday, the Commission presented a package of 15 legislative proposals intended to facilitate reaching the European Union’s enhanced climate objectives by 2030 and climate neutrality by 2050. A reform of the EU ETS is the most robust element of these changes. The event was hosted by Brussels-based thinktank ERCST and attended by European Commission officials responsible for the EU emission allowances market and directly involved in preparing the proposed ETS reform, along with representatives of the European business. The meeting was attended by over 400 people.

Wanda Buk, PGE’s Vice-President for Regulatory Affairs, argued that in order to reach the EU’s new climate targets investments across all branches of the economy are needed and that someone has to pay for them. These additional costs to households can be alleviated solely through an appropriate increase of the Modernisation Fund. “In still coal-dependent countries undergoing a green transition, such as Poland, ensuring a just transition in the EU ETS requires a higher Modernisation Fund that enables moving away from coal in a reliable and predictable way in line with technology-neutral principle” – said Wanda Buk.

PGE is concerned with the fact that the Commission’s new proposal does not sufficiently address a reduction in the volatility of carbon prices and a decrease in the volume of allowances within the EU ETS that are traded not to cover actual emissions but to generate economic profits. A lack of concrete safeguards leaves the system open to potential speculations and will be a key driver of higher prices for allowances, even though today’s they are already above levels that result in fuel-switch activities being undertaken in the area of technologies reducing greenhouse gas emissions.

In the course of the discussion, the vice-president of PGE asked whether the European Commission is still not noticing the issue of market speculations in light of the prices for emission allowances continuously exceeding 50 euros per tonne. She also pointed to the fact that the one-off supply reduction by even 119 million allowances proposed by the European Commission means that the volume of allowances directed to auctions will radically fall from year to year in a situation when there are no effective mechanisms protecting against sudden price increases. In light of all planned instruments intended to drastically reduce the number of allowances on the market, i.e. a higher linear reduction factor, stricter market stability reserve rules and a one-off reduction in the number of allowances, the Modernisation Fund increase proposed by the Commission is highly insufficient. Especially given the expanded number of the Fund’s potential beneficiaries that includes new sectors to be covered by the EU ETS.

The draft changes to the Modernisation Fund are particularly disconcerting in the context of the proposal to exclude the possibility of financing gas-fired units. “By removing the possibility to finance gas investments, the Commission shows that it has no recognition for different starting points. Investments in natural gas-fired high-efficiency cogeneration plants remain the only solution to progressively withdraw coal-fuelled units in district heating systems, improve air quality and prevent deepening the energy poverty” – said Wanda Buk.