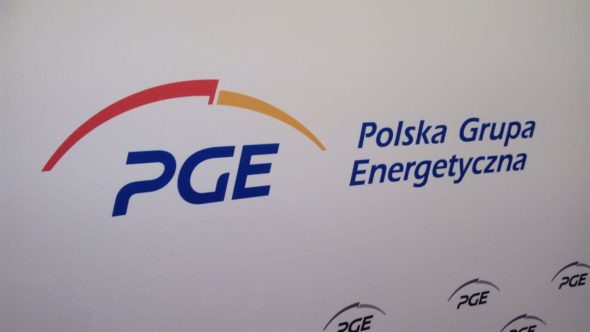 The net-zero emissions economy by 2050 requires significant investment effort, estimated at EUR 179-206 billion for the power sector in Poland. Potential social and overall economic impact of the climate neutrality largely exceed that cost. The most vulnerable regions and sectors should not be left alone in facing this enormous challenge.

– PGE is ready to actively contribute to EU climate ambitions by investing heavily in low- carbon power generation technologies as evidenced by our investment plans. However, we will need adequate support in the process. A principle of proportional increase of EU ETS funding for low GDP per capita Member States should be enshrined in the European Climate Law along with provisions regarding the increased ambition – said Wojciech Dąbrowski, CEO of PGE Polska Grupa Energetyczna S.A.

The proposed European Climate Law falls short of providing any substantial details regarding the EU’s plans to share the investment burden across the continent in line with the principle of solidarity. The biggest concern stems from the proposals to radically increase the 2030 target which for the power sector means a day-to-day change.

– The available analysis shows that particularly the increased 2030 targets would necessitate a rapid transition away from coal and massive replacement of power generation capacity in the Polish power system in a very short time-period due to the drastic increases in CO2 prices. This is simply not doable for us from a technical, economic and social point of view. Taking into account the duration of investment process in our sector, 2030 is tomorrow – stated Wojciech Dąbrowski.

1. Need for country-specific impact assessment regarding the binding objective of climate neutrality

The cornerstone of the European Climate Law is to establish a binding objective of climate neutrality in the Union by 2050, which should be achieved in a gradual and irreversible way. However, the European Climate Law proposal goes one step further by paving the way for a 50-55% emissions reduction targets by 2030 and defining policy tools to set up other intermediate trajectories/targets in the 2030-2050 period.

In the opinion of PGE, the decision on increasing emission reduction targets under the energy and climate policy can be made only after conducting a thorough impact assessment. Such an assessment should be carried out not only at the level of the entire EU but also for the individual Member States and should indicate the total costs of achieving the new objectives and their impact on GDP growth at country level.

By September 2020 the European Commission intends to review the EU’s GHG emissions reduction target and existing legislation in the light of the climate-neutrality objective as well as explore options for an increased 2030 target. The legislative proposals dedicated to establish a new 2030 target will be published by 30 June 2021. The Commission will assess different options to implement the new target through revised EU legislation, including the EU ETS.

However, there are no details whether the Commission has any plans to assess different options for increasing financing mechanisms for low-income Member States along with increasing the ambition.

Any measures that reduce the number of EU ETS allowances in circulation by increasing targets will inevitably mean an increase in the carbon price leading to higher compliance costs (OPEX) for the electricity sector before 2030. At the same time, Member States with high carbon intensity and low GDP/capita levels would also face significantly higher investment needs (CAPEX) to comply with the new commitments proposed by the European Climate Law regulation.

Therefore the compensatory measures foreseen under the ETS directive – the Modernisation Fund and solidarity mechanism (the amount of allowances for auctions for less wealthy Member States) – should be increased proportionally to account for the cost resulting from new increased targets.

The Climate Law establishing the framework for achieving climate neutrality should directly stipulate that the compensatory measures should be amended proportionally with additional costs that the new 2030 reduction targets generate. Otherwise, the financial resources of energy utilities will be dedicated to cover the additional operational costs stemming from higher CO2 prices, instead of being dedicated to financing new investments that enable their transition.

The European Climate Law proposal foresees a policy tool to establish intermediate targets, which is unfortunately based on the delegated acts. This leaves an inappropriate institutional oversight of the Commission’s decisions in a crucial file for the future of the EU with regards to its global competitiveness, jobs and growth. The list of reasons to be considered to establish intermediate targets appears to be arbitrary and does not reflect i.a. the respective challenges regarding electrification and decarbonisation of the European economy.

According to the Article 290 TFEU, delegated acts are designed to supplement or amend certain non-essential elements of the legislative act. Intermediate targets are by no means non-essential elements of the climate and energy policy. Thus, any EU climate targets should be settled with an active participation of the Member States and with respect to the European Parliament competences.

Historically speaking all EU climate targets have been agreed at the Heads of States and Governments level. The European Climate Law sets a precedent by abandoning this principle. At the same time it falls short of providing meaningful financial compensation for Member States with different starting points like Poland. This is a very unfortunate development at time when more unity and more solidarity are needed in the EU in all political aspects, and even more so in the effort to fight climate change.