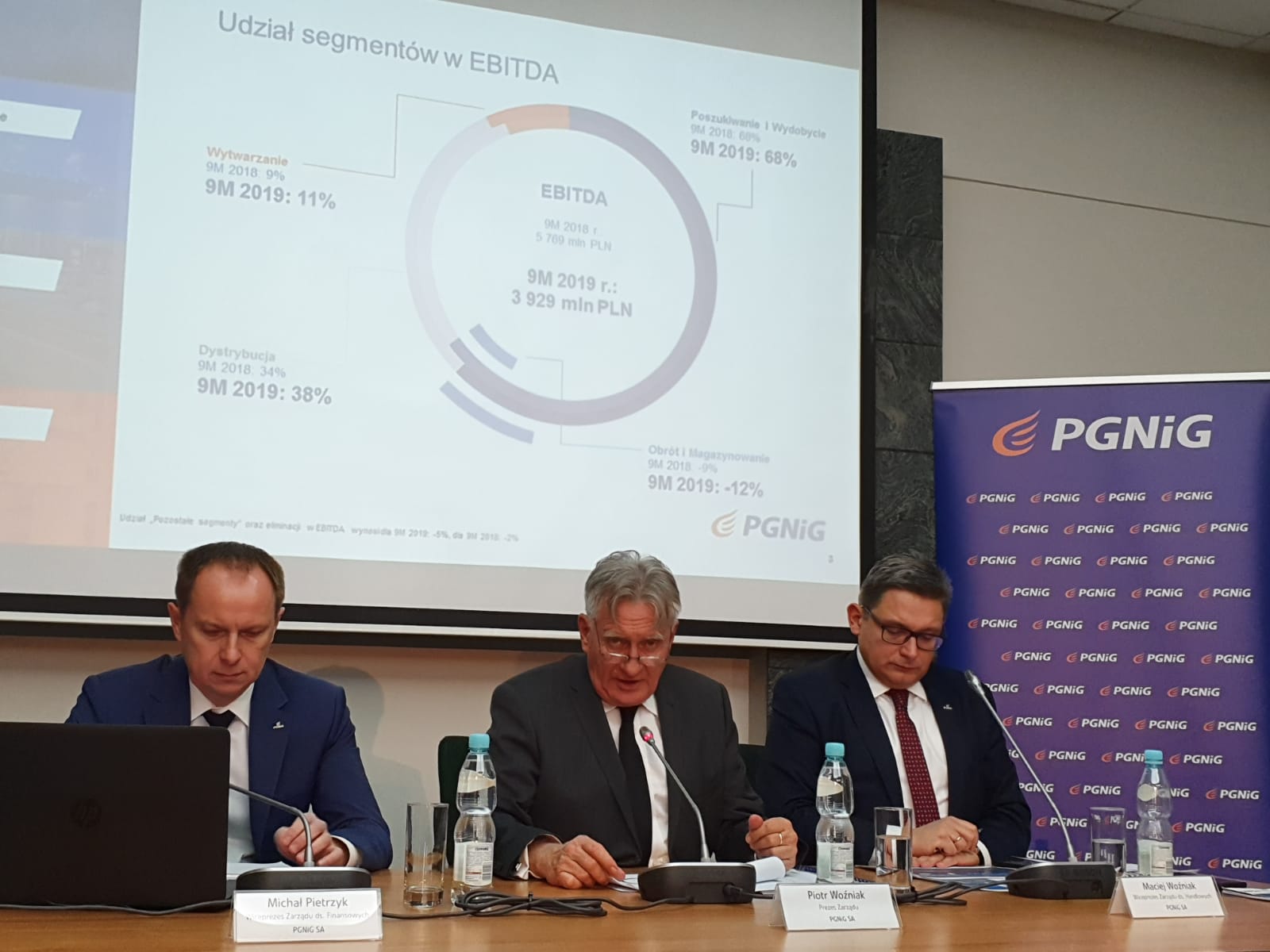 PGNiG announces an intensification of LNG imports in the first quarter of 2020. Even one LNG cargo is to arrive in the Świnoujście LNG terminal every week, compared to two per month presently.

– After the third quarter of this year, we had 22 deliveries compared to 16 last year. This is an increase of 27 percent – said PGNiG’s Vice President for Trade, Maciej Woźniak. From June 2016 to today, PGNiG received 71 LNG supplies in Świnoujście: 53 from Qatar and 9 from the USA and Norway. LNG imports already account for 22,8 percent of total imports, and the share of the Eastern direction has dropped to 58 percent.

The management board of PGNiG called information about filling gas storages across Europe “a map of fear”. – Europe is getting ready for a situation where market activity alone is not enough – said Maciej Woźniak.

– Never before have the Central and Eastern European countries had one hundred percent full storages. On the German market it was usually 60 percent. Europe is expecting a crisis caused again by the Eastern supplier and is preparing it – explained PGNiG Vice President Maciej Woźniak. – We want to have over half a billion cubic meters of gas more in storage. We have accumulated commercial stocks in Ukraine. It is already above 400 million cubic meters – he calculated.

– The first quarter of next year will be the most intense in the history of the Polish gas market – said Woźniak. The deliveries that will arrive every week are expected to give together around one billion cubic meters of gas. Woźniak added that it is more or less as much as Poland receives on the Ukrainian border. In the first week of March, PGNiG will receive LNG supplies from Nigeria.

– The European Union has failed to lead the talks between Ukraine and Russia in such a way that we can read in the newspapers that a schedule of winter supplies has been established. Another round of talks is planned for the end of November – reminded PGNiG president Piotr Woźniak.