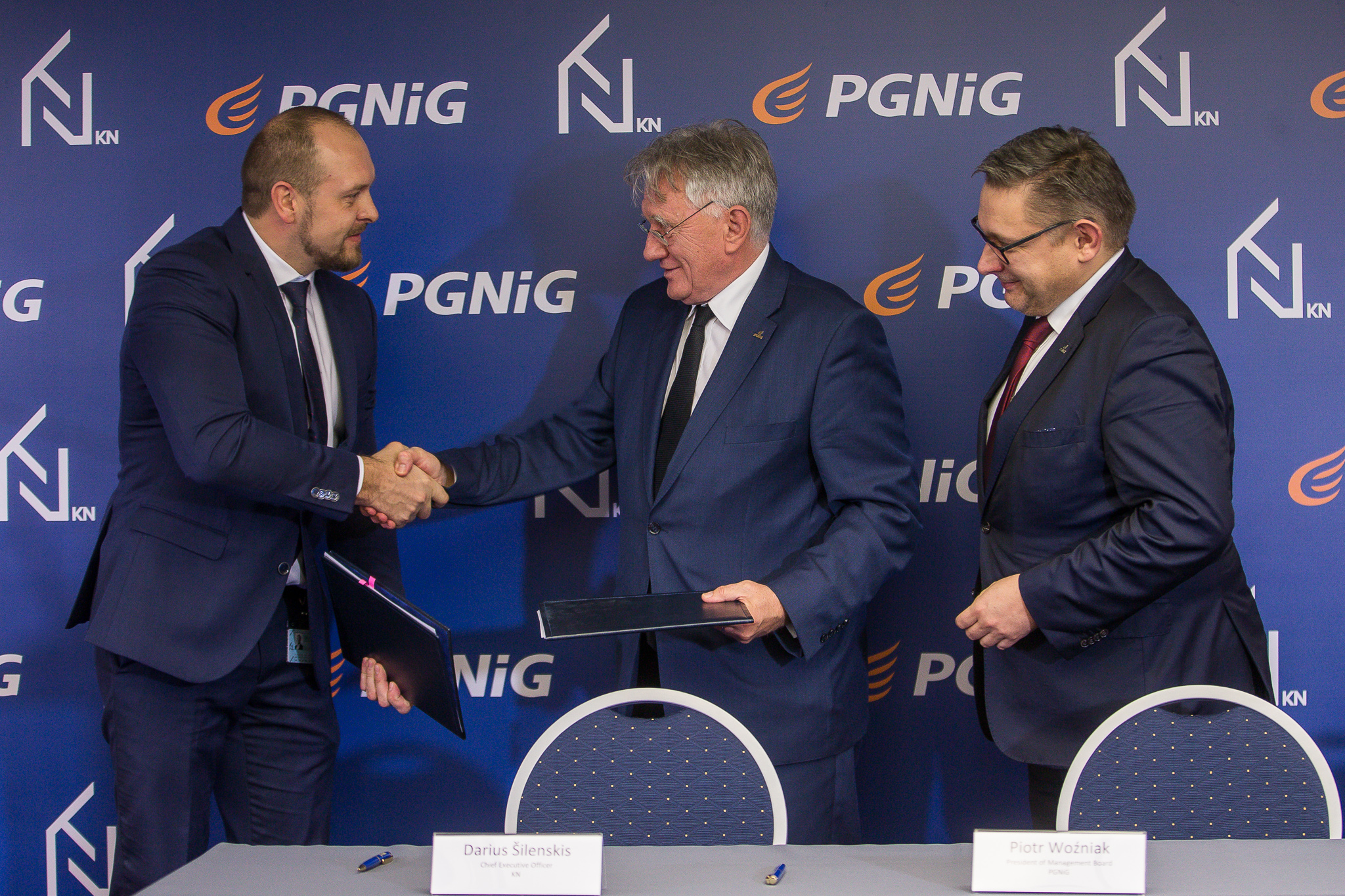 For the period of five years, Polish Oil and Gas Company (PGNiG) will be the sole user of the small-scale LNG reloading station in Klaipeda. For PGNiG, this is an important step in building competence and position on this market in Central and Eastern Europe and the Baltic Sea basin. The contract with Klaipedos Nafta (KN) was signed today in Klaipeda and actual operations will start from April 2020.

KN is the operator of oil terminals and FSRU terminal, i.e. a floating LNG storage and regasification terminal in Klaipeda as well as operator of a small-scale LNG reloading station. This installation is located at the entrance to the port of Klaipeda (about 7 km from the FSRU). PGNiG’s offer was considered the most advantageous in the tender.

“Klaipedos Nafta appreciated our experience in operations and sales of small-scale LNG from the President Lech Kaczyński Terminal in Świnoujście and from our LNG facilities in Odolanów and Grodzisk Wielkopolski,” commented Piotr Woźniak, President of the PGNiG Management Board. “PGNiG will also gain better access to the small-scale LNG market in the Baltic countries and increase the competitiveness of its offer for customers from the area of ​​north-eastern Poland and Central and Eastern Europe due to the use of the onshore LNG reloading station in Lithuania. It is very important from the point of view of security of supply that PGNiG will independently decide from whom to buy and bring LNG to the onshore reloading station in Lithuania,” added the President of PGNiG.

The wharf of the Klaipeda LNG reloading station also makes it possible to bunker ships powered by LNG engines. Due to environmental regulations, the demand for LNG from ship-owners operating in the Baltic Sea will grow dynamically in the coming years.

“Having a strategic partner will bring a great synergy enabling the LNG reloading station operated by KN. Development of small-scale and off grid LNG markets in Baltic countries and Poland brings various new opportunities to make supply of cleaner energy for businesses across the region more accessible. It will also provide more possibilities to diversify the supply for the industrial objects and settlements remoted from the pipeline, as well as for road and maritime transport,” said Darius Šilenskis, CEO of KN.

The competences and commercial relations acquired by the PGNiG Group in Klaipeda will allow smooth commencement of bunkering operations and transactions at the Świnoujście terminal after its expansion and launch of the wharf enabling the provision of this service in 2023. For now, the PGNiG Group is bunkering ships from road tankers standing on wharf in ports (the so-called truck-to-ship method).