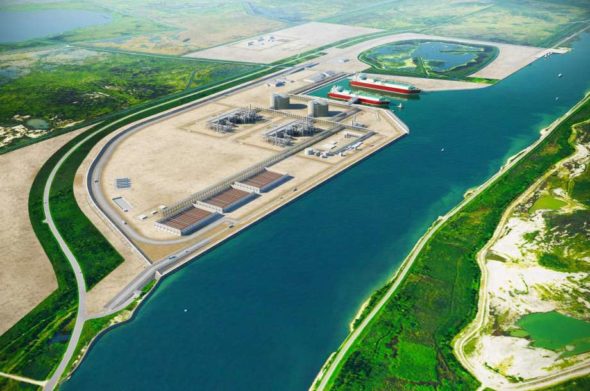 Polish Oil and Gas Company (PGNiG) decided to terminate the SPA with Port Arthur LNG. The companies continue cooperation in order to shift the contracted volumes to other liquefaction projects from Sempra LNG’s portfolio.

PGNiG terminated the sale and purchase agreement (SPA) that provided for 2 Mtpa of LNG supply to be delivered from the Port Arthur LNG project. The decision was made due to delays in the project’s development. Simultaneously PGNiG and Sempra signed a Memorandum of Understanding (MoU) for a potential replacement of approximately 2 million tonnes per annum (Mtpa) of liquefied natural gas (LNG) supplied from other Sempra LNG’s portfolio of projects in North America.

“We highly value our relationship with Sempra LNG and we are keen to continue it. The MoU allows for shifting the volumes originally contracted at Port Arthur LNG to other facilities from Sempra LNG’s projects portfolio,” said Paweł Majewski, Chief Executive Officer of PGNiG SA.

Sempra LNG is a majority stakeholder in Cameron LNG, a 12-Mtpa export facility operating in Hackberry, Louisiana (Phase 1) and is working with Cameron LNG to expand the facility through one additional liquefaction train with an offtake capacity of over 6 Mtpa. Moreover, Sempra LNG is one of the stakeholders building the 3-Mtpa ECA LNG project in Baja California, Mexico. Phase 1 of the project has started construction and first production of LNG is expected by the end of 2024. A potential expansion project is in early stages of development.

“We look forward to continuing to work with PGNiG to help meet their energy objectives from our strategically positioned LNG facilities and projects on the Gulf and Pacific Coasts of North America,” said Justin Bird, chief executive officer of Sempra LNG.

As part of the MOU, Sempra LNG and PGNiG will also work toward a framework for the reporting, mitigation and reduction of greenhouse gas (GHG) emissions throughout the LNG value chain.

“We are also determined to curb the carbon footprint of fuels offered by PGNiG and we are convinced that cooperation with LNG producers like Sempra LNG will contribute to reaching this goal in the most effective way,” commented Mr. Majewski.

PGNiG and Port Arthur LNG SPA was signed in 2018. Under the agreement, LNG was to be delivered on a FOB (free on board) basis with PGNiG being responsible for lifting the cargoes from the 11 Mtpa liquefaction facilities located at Port Arthur LNG in Texas and shipping them to final destinations. The FID to build Port Arthur LNG has not been taken.

Polish Briefing: PGNiG-Cheniere agreement. Partnership on the eastern flank for years
GAS LNG
What goes on in Poland on the 9th of November. Related posts: PGNiG signed a 24-year contract with Cheniere for LNG deliveries to Poland Why does […]
More