PKEE on Fit For 55: the sector needs more funds for transition 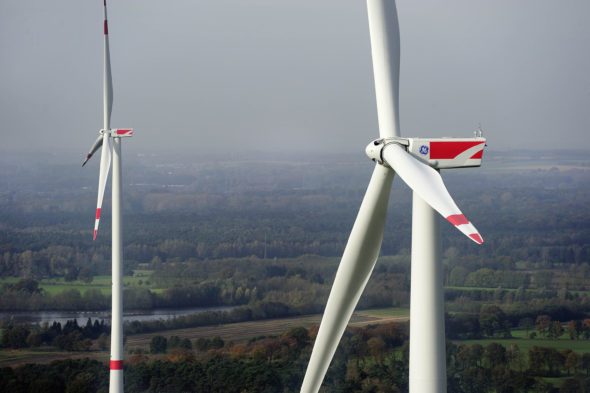 The Polish Electricity Association (PKEE) welcomes the publication of the “Fit for 55” Package aligning a set of policies with the increased emission reduction target of at least 55% by 2030. The PKEE’s members are actively contributing to the growth of a zero- and low-emission economy in Poland, and at the same time they confirmed their commitment to the energy transition and to the EU climate neutrality goal in 2050. The Polish energy sector shares the Commission’s reflexion that a holistic regulatory framework should be put in place to reach the newly adopted targets, boost decarbonisation and to ensure a just energy transition. At the same time, new provisions should not undermine the need to preserve economic stability and should take into account different capacities and regional specifics of individual Member States.

The revision of the Emissions Trading System Directive

In December 2020, the European Council identified the problem of imbalances in some Member States not receiving revenues that are equivalent to the costs borne by the ETS installations and called on the co-legislators to address this issue as part of the upcoming legislation within the “Fit for 55” Package. For that reason, the revision of the EU ETS Directive represents an excellent opportunity to seek a more accurate allocation key to ensure that low-income countries have sufficient revenues in their national budgets to cope with energy transition related challenges and to finance the energy sector transformation. However, the Commission proposal misses that opportunity and instead of levelling imbalances in terms of allocation of EU ETS allowances, will increase these disproportions until 2030.

The energy transformation in Poland is essential, however it will require significant investment expenditures, which according to the PKEE’s estimations will reach EUR 136 bn in the 2030 perspective. This amount exceeds four-fold the total amount of currently available national and EU funds for the decarbonisation of the Polish economy, and thus additional financial support will be needed to achieve the ambitious reduction targets. Members of the PKEE welcome the European Commission’s announcement to channel all the auctioning revenues into climate-related activities, which may help to dedicate more resources from national budgets to the implementation of the newly increased EU targets; however these national funds would not be enough to finance the total cost of implementation of the new climate commitments.

This is why we believe that the Modernisation Fund should be increased significantly and proportionally to the new climate commitments to respond to these challenges and address the problem of imbalances between Member States accordingly. We acknowledge the fact that the Commission’s proposal intends to increase the Modernisation Fund, which is the consequence of the carbon pricing extension to the transport and buildings. However it is still uncertain if the proposed increase will be proportionate to the new compliance and modernisation cost including energy, industry, transport and residential sectors. We regret that the Commission has not decided to use allowances transferred to the market stability reserve to the Modernisation Fund, otherwise they would be cancelled. This mechanism would not affect national allocation pools of the Member States and in result emission allowances prices.

Apart from the lack of significant increase in the Modernisation Fund, the PKEE is concerned about the Commission’s intention to limit the scope of the Modernisation Fund and eliminate the possibility to carry out investments in natural gas-fired high-efficiency cogeneration plants in district heating systems as of 2024, which remain the only solution to progressively withdraw coal-fuelled units and switch to less emitting gas as an intermediate fuel on the way to carbon neutrality, improve air quality and prevent an increase in energy poverty in coal-dependent countries, such as Poland.

It is of crucial importance that all sectors of the economy contribute evenly to the energy transition and are exposed to a certain CO2 signal. For that reason, we welcome the initial proposal of increasing the target for non-ETS sectors under new Effort Sharing Regulation from 30 to 40%.

Adjusting the EU ETS cap to the increased climate commitments should be proceeded in the most stable and predictable way. For that reason, the members of the PKEE are concerned about the Commission’s proposal to combine the increased linear reduction factor of 4,2% with the at the moment unknown one-off cap reduction, which may result in even more increased EU ETS allowance price volatility, as well as the number of amendments proposed to the MSR, which will have also a direct effect on the carbon price (increased intake, revised cancellation rule and the method of calculating TNAC).

In addition to the above, the PKEE’s members are concerned about the fact that the European Commission’s proposal does not address the issue of growing price volatility on the EU ETS market, resulting in excessive surge in the EUA price. We believe that the revision of the EU ETS Directive is a unique opportunity to introduce efficient safeguards which will prevent an increasing speculation on the EU carbon market and secure available resources for investments in sustainable and clean energy.
Moreover, the further development of the district heating sector – which is essential to reduce emissions from households (via their connection to the centralised heating systems) may be hampered by the higher benchmark and the further reduction of the free allowances’ allocation.

The revision of the Renewable Energy Directive

Primarily, the revision of the Renewable Energy Directive should significantly accelerate the rate of growth of the renewable energy sources to reach newly increased target of 40% by 2030.

In district heating and cooling sector, in particular in Central and Eastern Europe Member States, solid fossil fuels are still used for heat production, with limited possibilities to deploy renewables on a large scale in a short term due to heating network structure and the utmost need to provide heat supply to numerous users. Moreover, the feasibility of green gases deployment in the 2030 perspective is economically and technologically questionable, while connecting directly RES-H may pose a threat of systems’ destabilisation. Having that in mind, the PKEE does not support the increase in the renewable energy target in district heating and cooling sector from 1 pp. to 2.1 pp annually.

The PKEE is concerned about the proposed tightened sustainability criteria for the production of energy from biomass, which may severely limit the available amount of biomass. At the same time, a new threshold of 5 MWt being significantly lower than current 20 MWt will adversely affect sustainable biomass supply. As a result, proposed changes may jeopardise the achievement of renewable targets, in particular in the district heating and cooling sector.

The revision of the Energy Efficiency Directive

The PKEE believes that the revision of Energy Efficiency Directive should facilitate electrification and fully exploit the potential of combined heat and power (CHP), technology that can greatly reduce the primary energy consumption. CHP plants based on low-emission sources should significantly contribute to the establishment of efficient systems providing clean district heat. New proposal to introduce emission performance standard for high-efficiency cogeneration at the level of 270gCO2 per 1 kWh, as well the new strict criteria for efficient district heating and cooling systems to be tightened from 2026 are far too strict for the Member States from Central and Eastern Europe. We appreciate the Commission’s proposal to recognise natural gas-fuelled CHPs replacing more carbon-intensive capacities since for countries like Poland in the process of phasing-out coal, these unit remain the only viable option in the transitional period. It is of utmost importance to secure the reasonable moment of entry into force of this provision to acknowledge investment programmes currently carried out.

The revision of the Energy Taxation Directive

In the opinion of the PKEE’s members, the Energy Taxation Directive should not tax greenhouse gas emissions if these are already subject to the carbon price of the EU ETS. Moreover, it should not be used as an arbitrary tool shaping EU energy policy and affecting sectors that are already covered by relevant sector-specific regulations such as, besides EU ETS, the IED or RES policy. Otherwise, consumers will pay twice for the carbon content of energy sources and the excessive cost burden may result in a significant rise in energy prices for consumers and, in consequence, increased energy poverty.

Moreover, the co-legislators should ensure that the possibility of the use of exemptions and reductions is kept in place, in particular for the high-efficiency cogeneration units, to preserve business certainty.

The PKEE believes that any changes regarding taxation of energy products should require the unanimity principle, and this rule ought to remain unaltered regarding the adoption of the new EU taxation policy within the Council.

PKEE comments on the European Union’s low-emission 2050 strategy
Energy
“A European strategic long-term vision for a prosperous, modern, competitive and climate neutral economy by 2050 – A Clean Planet for all” […]
More