Poland and Germany can finish off Putin’s gas station (ANALYSIS) 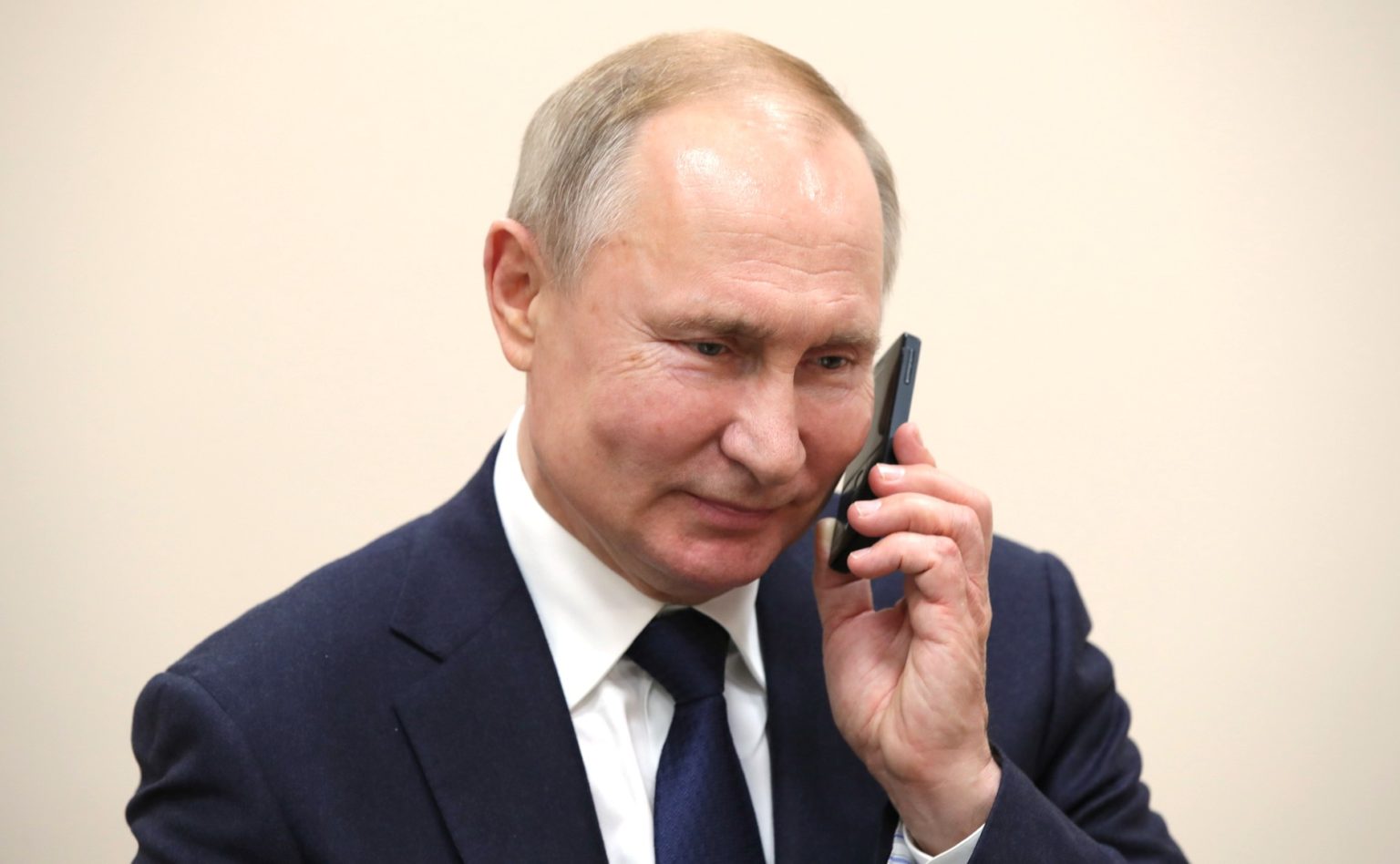 Russia’s oil revenues are at a record low even before the leaky EU embargo, because the commodity from Russia is becoming icky. Poland and Germany can make the losses even worse and perhaps encourage the Russians to withdraw from Ukraine – writes Wojciech Jakóbik, editor-in-chief at BiznesAlert.pl.

Russian oil is already a leper

Data from the Centre for Research on Energy and Clean Air (CREA) suggest that Russia’s revenues from fossil fuel sales are now lower than in 2021. Estimated revenues in October reached 21 billion euros, including 7.5 billion from exports to the European Union. They are lower than before the Russian invasion of Ukraine in February 2022, despite the record price of hydrocarbons recorded in the summer of 2022. Revenues from fossil fuel exports to the EU fell by 14 percent and from oil by 19 percent. Despite this, the EU has remained the largest importer of oil and gas from Russia, and therefore Europe abandoning the supplies will be important for the fate of the Russian budget, almost half of which is bankrolled by fossil revenues.

Russian Deputy Prime Minister Alexander Novak has already announced that if the G7, including the EU, decide to introduce a maximum price for the commodity, Russia will limit export and, most importantly, oil production itself. Bloomberg reports that Russian oil sales in Northern Europe have dropped from 1.2 million barrels per day to 95,000 barrels per day since February 2022, which is by over 90 percent. Russian cargo now reaches only the port of Rotterdam. The agency reports that Lithuania, France and Germany abandoned offshore oil supplies from Russia in the spring, while Poland joined them in September. Three-quarters of Russia’s offshore oil exports are sent to Asia, where customers receive discounts that reduce Russian revenues. Meanwhile, the EU embargo on seaborne exports will enter into force on December 5, 2022.

Poland and Germany may determine the effectiveness of sanctions

From this point of view, the approach of Europe’s largest customers of Russian oil will be important. The seaborne oil embargo does not exclude supplies via the Druzhba Oil Pipeline, which branches out into two strands – the northern one through Belarus to Poland and Germany, and the southern one through Ukraine to the Czech Republic, Slovakia and Hungary. According to CREA, Europe’s largest buyers of Russian oil are Germany, the Netherlands, Italy, Poland and Greece. The Netherlands, Italy and Greece will not import Russian oil due to the embargo. Poland and Germany have already declared they would quit Russian oil by the end of the year. This will deprive Moscow of a lion’s share of its revenues, because the other big clients will need to adhere to the maritime embargo, while others – those on whom sanctions have not been imposed, e.g. customers that buy the oil from Druzhba’s souther line – mean a lot less on the market. 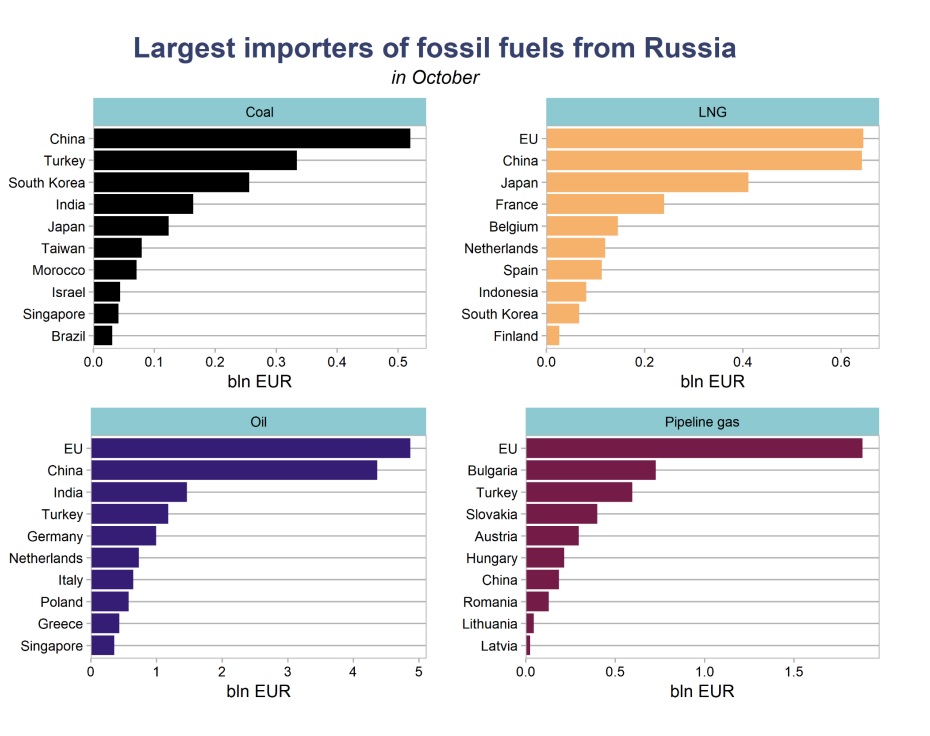 The largest importers of fossil fuels from Russia. Graphics: CREA.

In this context BiznesAlert.pl’s findings on Poland and Germany coordinating efforts to impose EU sanctions on oil deliveries via Druzhba’s northern leg are very important. Such sanctions will be acceptable even for those who defend the idea to maintain energy relations with Russia, e.g. Hungary, and at the same time they will undermine the Russian petrostate in an attempt to force it to reconsider its actions in Ukraine. The Ministry of Climate and Environment has confirmed in a commentary for BiznesAlert.pl that Poland and Germany together seek sanctions on oil supplies from Russia through the Druzhba Pipeline in order for them to be able to comply with the declaration made in May, when they had promised to abandon this route by the end of the year. At the same time Poland’s PKN Orlen that has contracts that go beyond the end of 2022 did not pay any fines for breaking them. The EU summit, which may come to a decision on this issue, will be held on 15-16 December. Earlier, the Visegrad Group countries will coordinate energy policy at the group’s summit on November 24. This will be an opportunity to convey Poland’s plan to its neighbors, who declare that they are not yet ready for a full embargo on oil from Russia.

Derusification for real or for show?

Poland and Germany also cooperate on supplying non-Russian oil to the East German refineries Leuna and Schwedt via the naftoport in Gdańsk, although according to information obtained by BiznesAlert.pl the German side is also considering the possibility of building a new oil pipeline from Rostock. The Poles could also invest in the Schwedt refinery with the participation of PKN Orlen, provided that the shares of Russia’s Rosneft Deutschland are removed. These are currently under the temporary trust of the government in Berlin. BiznesAlert.pl has also learned that Poland and Germany could develop supplies from Kazachstan, of which the German Handelsblatt, among many other outlets, has written. However, there is a risk that it would be at least partially Russian REBCO oil sold under the false flag of the Kazakh KEBCO blend.

If Poland and Germany stick to their word, and give up all Russian oil supplies, they can kill the Kremlin, which is already losing the main market for oil and the profits from its sale, which are the basis of the social order in Russia bankrolled by petrodollars. Closing Vladimir Putin’s gas station is the best way to increase Europe’s security and stop the Russian aggression in Ukraine.

PKN Orlen reduces crude oil supplies from across Poland’s eastern border
Energy
​In line with its policy to purchase the feedstock from a diverse supplier base, PKN Orlen has reduced the volumes sourced from Rosneft Oil Company […]
More