The deal with miners will collapse if Brussels says no 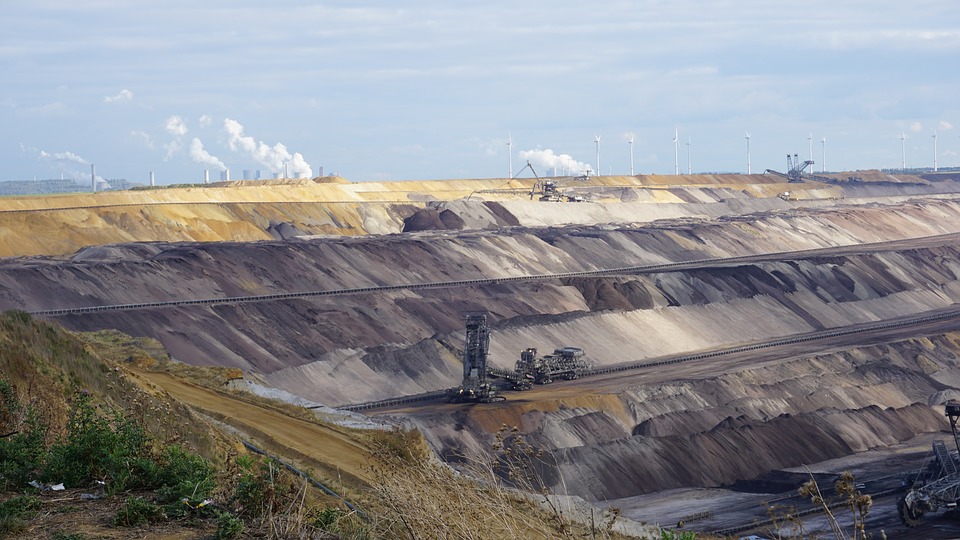 On Friday the government signed a deal with mining trade unions. The goal is to prepare ground for future talks on the details of shutting down Poland’s mining sector. The deal even includes the long-awaited deadline. However, meeting the demands may turn out very difficult. The European Commission decided that as of 2019 it would be illegal to subsidize coal. Will it make an exception for Poland? The entire EU would have to agree, which seems almost impossible. Will Poland present strong arguments? One of those may be the promise to end coal production by 2049 – writes Bartłomiej Sawicki, editor at BiznesAlert.pl.

The deal with miners may change the energy policy yet again

According to the understanding, by the 15th of December this year a social agreement is to be drafted, which will regulate the functioning of the bituminous coal sector. “The agreement will be presented to the European Commission as it is necessary to acquire consent for granting public help,” the deal says. Additionally, an agreement on the transition of the Silesian voivodship will be prepared. The work on the deatils is due to start in October 2020. The government is obliged to ask the European Commission for consent to be able to grant public aid to subsidize the ongoing production to ensure the stability of bituminous coal companies.

At the beginning of September the ministry of climate presented the third, and as it seemed back then – the last, version of Poland’s Energy Strategy by 2040. According to the document, depending on the scenario the participation of coal in energy generation will be reduced from the current 75 to 28 or 11 percent in 2040. However, trade unions have stated that this plan was unacceptable. Nevertheless, the strategy’s fundamentals had already been made part and parcel of the plans on reducing CO2 emissions and RES participation in National energy and climate plans (NECPs) by 2030 and presented to the EC at the end of 2019. However, the agreement between the government and miners says that Poland’s Energy Strategy will depend on, among others, the social agreement that will regulate the bituminous coal sector in Poland. This puts into question the reliability both of the September version of the strategy and the NECP presented in Brussels.
Social agreement in exchange for climate neutrality?

The social agreement, which may change the 2040 Energy Strategy, will include:

• a mechanism for financing the bituminous coal sector,
• financing low- and zero- emission energy sources that use bituminous coal through, among others, investment in the Łaziska power plant, CCU technology and facilities for hydrogen generation from coke-oven gas,
• a special purpose vehicle whose goal will be to implement clean coal projects, for instance, smokeless fuel, The vehicle will verify IGCC, CCS and CCU projects and the usage of coal to produce methanol and hydrogen,
• allowing smokeless fuel in households by 2040,
• deadlines for shutting down bituminous coal production in individual mines by the end of 2049,
• initial schedule for the transition of the mining sector, which will include a list of mines that will be shut down with dates.

The fifth point is, on the one hand a nod to the EC and the 2050 climate neutrality plan, but on the other includes demands that pertain to the so-called clean coal technologies, which are clean only in name, e.g. coal gasification. These technologies still generate emissions, but in amounts smaller than traditional burning of coal. However, the problem is that no financial institution will give credit to build a production plant that uses coal, regardless of the technology used. Only institutions from outside of the EU would do that, e.g. China, but this could be a risky decision. Despite that, last February, the Office of Competition and Consumer Protection (UOKiK) agreed for Enea and Mitsubishi Hitachi Power Systems from Yokohama to establish a company together. The firms want to cooperate on building a power plant that uses coal gasification to generate power. The plant could be constructed by the coal mine in Bogdanka. The Enea Group is preparing a feasability study for the project. Still, the question who will bankroll this technology remains.

The sixth point talks about the industry’s recent demand to drop the obligation to sell energy on the Polish Power Exchange (TGE), which seems like the most transparent way of trading power. According to the agreement, the government will abolish the regulations on mandatory wholesale trade of power on TGE. In theory this would limit energy import. TGE claims that the obligation does not impact energy import levels, which means abolishing it will not decrease the amount of energy purchased abroad.

The seventh point says that a plenipotentiary for the transition of post-mining areas will be appointed. Their job will be to coordinate efforts related to economic growth and jobs creation in the affected areas.

However, it is point no. 12 that has caused the biggest controversy. It will enter into force on the day the European Commission agrees to granting public aid and subsidies to ongoing production in the bituminous coal sector. The EU Council decided that until the end of 2018 governments were allowed to subsidize production by granting public aid to mines, whose shutdown deadline had been set. In Poland, the Makoszowy and Juliusz mines received such help, and the public aid plan was scheduled until 2023. According to the Council’s 2010 decision on state aid to expedite the closure of uncompetitive coal mines “the operation of the coal production units concerned must form part of a closure plan the deadline of which does not extend beyond 31 December 2018″”. Therefore, the current law makes it impossible to grant subsidies to mines. Still, in theory it is possible to open talks with the EC and the Council on this issue. However, other states would have to agree to subsidizing mining for another 30 years in a vote. Considering the fact that the most recent policies limited any kind of support for coal after 2018, such a consent is rather doubtful. Another piece of the puzzle is the fact that the government wants to separate coal-fired power generation from mining companies and create a new entity. That body will then manage power generation from coal, which, will ensure energy security in case energy supply from renewable energy sources becomes unstable. This strategy is similar to Germany’s, but it has to be approved by the EC as well.
Therefore, it seems likely that Poland may agree to the 2050 climate neutrality target, provided that the EC says yes to another 30 years of subsidizing coal extraction and coal-fired power generation. It looks like jumping on the climate neutrality bandwagon is necessary to receive EUR 3.5 bn, which is the full financial envelope devoted to the energy transition of post-mining regions as part of the Just Transition Fund. This demand should be raised on the upcoming European Council meeting. Whether the Polish mining sector will be allowed to receive public aid after 2018 will depend on top politicians.

The agreement is teeming with assurances on continuing extraction for another 30 years with budget grants, subject to EC consent. However, it doesn’t say what will replace coal by 2050 when it comes to power generation, and what should be done with coal mines, which have been providing energy security for the past decades. They may be turned into energy storage units in the form of pumped storage power plants. Former miners will be able to find new jobs at such facilities, and Germany is already building its first plants of this kind. In the former Prosper-Haniel mine in Bottrop, a 200 MW pumped storage power plant will be built. The Krupiński mine in Poland was supposed to have undergone a similar transition. However, the project was suspended after private investors decided to try to restart coal extraction there. These types of projects are compatible with the possibilities offered by the Just Transition Fund and will ensure Silesia’s energy security.