Poland is facing inverter wars due to problems with renewables (ANALYSIS) 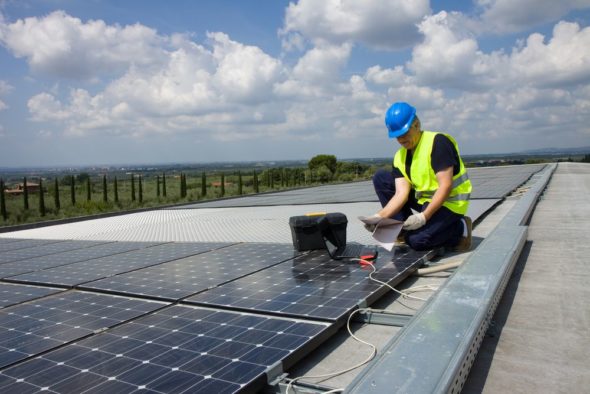 The ever increasing power generation from renewables, accompanied by the lack of long-lasting and large-scale energy storage facilities will lead to compulsory shut-downs of green energy sources. This will undermine the ability to increase production from renewables and thwart the efforts to meet the energy transition goals. What is already happening in low-voltage systems, the so-called “wars of prosumer inverters”, is just a taste of what we will soon be dealing with in the entire grid -warns prof. Władysław Mielczarski in a comment for BiznesAlert.pl.

Vicious circle of investments in RES

The grid can only accept a certain amount of electricity, which must be immediately used up. The energy storage facilities that we currently have can postpone the consumption of power by several hours, which can increase the amount of energy entering the electricity system, but to a small extent.

A kind of a vicious circle is created: the more capacity there is in renewables, the more power they generate. However, the grid cannot take in all this power at a given moment, which means the RES installations have to be shut down, which means less power is generated from renewables.

As the capacity of RES increases, the need for forced shutdowns (curtailment) of this type of installations and reducing production in relation to the expected volume, will go up. This will affect not only the cost-effectiveness, but also the need to significantly increase the installed RES capacity in order to achieve climate policy objectives. It also means that the money spent on increasing generation from renewables is being wasted.

How much more RES capacity?

To illustrate the problem of excess RES capacity, a calculation was made on the basis of modified data for 19.06.2022 and the projected capacity of RES at the end of 2022. The calculation takes into account only the power and energy from wind and PV panels, since other RES technologies are included in the power produced by n-JWCD.

The grid is capable of absorbing about 14700MW of power generated from RES in the summer and 16500 MW in the winter. These figures are smaller than the RES capacity installed in mid-2021, and amount to 18 GW just for wind and PV, which means we are already facing a certain surplus of RES in relation to the capabilities of the grid.

Power storage is one solution to the problem of unused power generated from RES. Such storage would have to be able to hold energy for a few months and would have to have power of 10-20 GW, and capacity that could last for a few windless, winter days. Prosumer energy produced from PV panels during the summer would have to be stored there to be used in the winter for heat pumps. Using coal piles for the storage of prosumer energy should be limited.

My Electricity 3.0. – home PV grants for latecomers
Energy Renewables
A new edition of the My Electricity (Mój Prąd) program will be launched at the beginning of July. Those who installed PV panels between February […]
More