Poland will pay for neglecting the problem in Turów 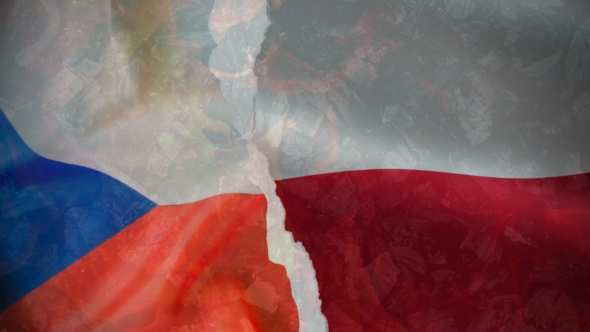 We wrote in BiznesAlert.pl that the dispute over the Turów mine between Poland and the Czech Republic is about environmental concerns and a legal loophole. The fine imposed by the Court of Justice of the European Union will make Poland pay for the sin of omission, because it was possible to solve the problem by mutual agreement – writes Wojciech Jakóbik, editor-in-chief at BiznesAlert.pl.

The sin of omission

The Turów mine has to keep on working, because it provides lignite to the Turów power plant. Polska Grupa Energetyczna Górnictwo i Energetyka Konwencjonalna, a subsidiary of Polska Grupa Energetyczna (owner of the mine and the plant – ed.), is the reason for, not a party to, the dispute. It can only continue to work to provide electricity. The court imposed a EUR 500 thousand fine for every day that Poland does not comply with its ruling. The negotiations between Poland and Czechia on resolving the dispute amicably and outside the court were broken by the Czechs, after Prague and Warsaw accused each other of delaying the talks.

Thus, Poland will pay for the sin of omission regarding the Turów dispute. Back in February, the Czech delegation visited Warsaw to discuss the terms of an amicable end to the long-standing dispute. Czech Foreign Minister Tomáš Petříček met with his Polish counterpart Zbigniew Rau on 12 February. He presented a list of expectations: “the construction of a protective wall that will shield the residents of the Czech Republic from the increased amount of dust; payment of compensation for the loss of water in the vicinity of Uhelná in the amount CZK 175 million, a commitment to continue negotiations on the construction of alternative water sources in the affected areas (estimated cost CZK 2.5 million), establishment of an intergovernmental committee that will regularly assess the impact of extraction.” “This is our last gesture of good will to reach an agreement before deciding to file a lawsuit,” Petříček said of the visit.

“Today I had the opportunity to explain to the Polish side the demands of the Liberec region, including the supply of drinking water to the inhabitants of the region, and at the same time informed that the Czech government will decide on the next steps at the end of February. We regretted that we could not act at the level of environment ministers. The Polish side offered negotiations only at the level of deputy ministers, on the other hand, we had the opportunity to discuss the demands made by the region and the promise that Poland will soon express its opinion,” the Czech Environment Minister Vladislav Smrž said in February.

In the end, the case ended up in court. The Czechs also caught Poles using a legal loophole that did not comply with EU regulations, and which allowed to extend the mining license of the Turów mine until 2044, i.e. the so-called Lex Turów. Poles are already handling this issue, but they have been caught and this cannot be undone.

This means that Prague and Warsaw will eventually come to an agreement in the course of negotiations, or as a result of the final judgment of the CJEU. This first solution would probably be less painful for Poland. The talks will continue under even greater pressure due to the financial penalty, which is nevertheless small from the point of view of the Polish budget. It is worth recalling that the Czechs demanded five million euros a day. However, even these figures are nothing compared to the losses caused by the possible shutdown of the Turów mine and, consequently, the Turów power plant.

The mine must work, the government must pay

The court’s fine will force Poles to be more flexible in their negotiating position. It is high time to speed up the negotiations and conclude them with an agreement that will end this dispute. Refusing to comply with the CJEU ruling should not even be on the table, because acting in line with the legal framework of the EU institutional system is the condition for successfully protecting Poland’s interests as part of the said system. Recently, Poles have cheered the judgments made by the CJEU that put Gazprom at a disadvantage. This Court guards the principle of energy solidarity, on the basis of which critics of the controversial Nord Stream 2 project are putting further obstacles in the way of starting deliveries via the controversial pipe. An emergency meeting has been called at the Prime Minister’s Chancellery to develop an action plan.

The Czechs know they can win the dispute over Turów
Coal Energy Environment
The so-called “Turów issue” has been dragging for a few years now. The Czechs have complained numerous times about feeling ignored and […]
More