Polish Briefing: A draft of the social agreement with the energy sector | Progress of Baltic Pipe construction 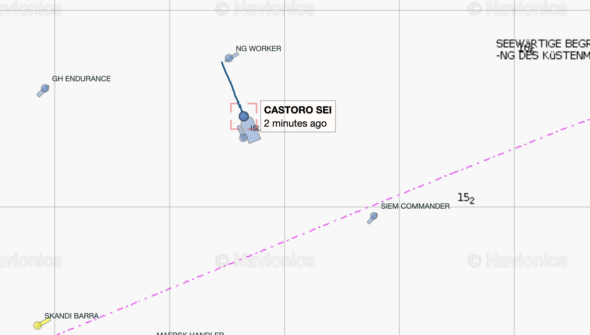 What goes on in Poland on the 24th of August.

We have a draft of the social agreement with the energy sector. What in return for abandoning coal?

BiznesAlert.pl has obtained the draft social agreement between the government and the energy sector. It assumes the development of low-emission technologies and social protection that will allow the industry to gradually part with coal under the National Energy Security Agency (NABE).

The draft dated August 23, provides for an agreement between the government, energy companies PGE, Tauron, Enea, Energa and ZE PAK (known as contract guarantors) and trade union organizations on the transition of mining regions, the lignite mining sector and the energy industry, taking into account the social aspect and energy security.

The government has to prepare the relevant legal acts six months after signing the social agreement.

NABE is to participate in the capacity market and be responsible, inter alia, for lignite mining, energy and heat generation, as well as their sale to end users. The agency will have a headquarters as well as regional offices.

The agreement says that in order for Poland to achieve climate neutrality, various investments will need to be made at an industrial scale, including in an IGCC facility with carbon capture, CO2 storage facilities, and others.

The Castoro Sei, a semi-submersible ship building the Baltic Pipe in the Baltic Sea, approached the border of the territorial sea of Poland. So far, more than 232 km of the gas pipeline have been laid with a total length of 275 km.

Currently, the construction is carried out exclusively by the Castoro Sei ship. The unit is located near the Design Point (PK) 250, about 600 meters from the border of the territorial sea. A territorial sea is an area where the exclusive legal jurisdiction of the state to which it belongs applies. The territorial sea is included in the total area of a country. In case of Poland, the area is 22,595 square kilometers. The sea extends 12 nautical miles (22,224 m) from the baseline (usually the coast).
The construction was suspended due to ongoing difficult weather conditions in the Baltic Sea. The coastal strip of Poland is characterized by unfavorable sea conditions, with a wave height of 1.5-1.8 meters. The situation should settle down in the next six hours.

The Castoro Sei will carry out its part of the construction to PK 269. Then the unit should complete the works on the Baltic Pipe, and it will be replaced by the Castoro 10. The vessel is adapted to work in shallow shelves.