Polish Briefing: A mass breakdown in the heart of Poland | Americans agreed to sell tanks to Poland for almost PLN 24 billion 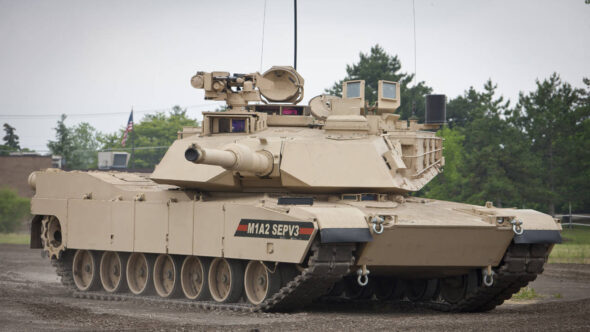 What goes on in Poland on the 21st of February.

A mass breakdown in the heart of Poland

On February 17, 2022 at around 8.00, Energa Operator informed about the interruption of electricity supply. As a result of a very strong wind, there was a breakdown, and 35.4 thousand people were left without electricity. The company is fixing the problem.

Energa Operator announced that there was a power grid failure on Thursday morning. Most of the affected recipients were in Kalisz (18.2 thousand), Płock (10.3 thousand) and Koszalin (4.6 thousand).
The company informed about the progress of repair work on an ongoing basis. Three hours after the first reports of the failure, power was restored to more than half of the recipients.
Energa announced on Friday at 8.00 that there are still 6.5 thousand recipients without electricity.

The US Defense Cooperation Agency (DSCA), which is the State Department’s arms sales cell, has published a notification on its website presented to Congress regarding the sale of M1A2 Abrams tanks in the latest Sepv3 configuration to Poland.

The DSCA consent covers the sale of a maximum of 250 Abrams tanks to Poland in the newest, available Sepv3 configuration. In addition to the tanks themselves, Poland can purchase a package of vehicles and accompanying elements, including:

Polish Briefing: Polish companies are not threatened by the US decision on Iran, yet they […]
Polish Briefing
What goes on in Poland on the 14th of May. Related posts: Polish Briefing: The cancellation of the US-Iran agreement is neutral for Lotos Polish […]
More