Polish Briefing: Another round of negotiations on the Turów Mine has ended | The new PERN fuel tank will increase the capacity of the oil terminal 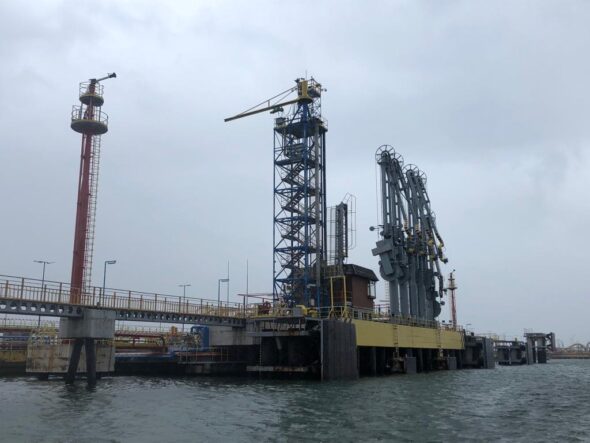 What goes on in Poland on the 6th of September.

Another round of negotiations on the Turów Mine has ended

On Friday, another round of negotiations between Poland and the Czech Republic regarding the Turów Mine and the conclusion of an intergovernmental agreement to regulate the issues of the local lignite extraction ended.

Deputy Minister of Climate and Environment, Adam Guibourgé-Czetwertyński, informed the Polish Press Agency (PAP) that some progress had been made in the technical and legal matters under discussion. – There are still some of these issues to be agreed and we gave the experts the whole next week to work out new solutions on several technical topics – said Guibourgé-Czetwertyński, who, along with Deputy Minister of Foreign Affairs Paweł Jabłoński, represented the Polish side during Friday’s talks.

Guibourgé-Czetwertyński stressed that he saw progress in the talks, but did not want to prejudge the date of the end of the talks. He expressed his belief that the parties were able to find solutions that would satisfy them.

PERN is putting into service a new tank with a capacity of 45,000 cubic meters at the Gdańsk Oil Terminal. Today’s ceremony will be attended by representatives of the company, the government and local authorities.

Polish Radio reports that today’s commissioning of a new 45,000 cubic meter tank completes the second stage of the expansion of the oil terminal under the Megainvestments program.

Increasingly larger storage capacities allow for more efficient handling of oil tankers arriving at the kerosene port. This means the diversification of crude oil supplies for domestic refineries, which will positively affect the country’s energy security in terms of crude oil and fuels, the radio website reads.

Miland: The extension of the Pomeranian pipeline will serve not only Poland (INTERVIEW)
Energy
Rafał Miland, Vice-President of PERN talks about fruits of the merger, infrastructure plans and other issues related to the operation of company’s […]
More

Wasilewski: Poland buys increasingly more oil from other sources than Russia. Possible […]
Energy
Expansion of the oil terminal, future of the Odessa-Brody-Gdańsk oil pipeline and a reverse flow on the oil pipeline between Poland and Belarus […]
More