Polish Briefing: Baltic Pipe has crossed with Nord Stream 2 | The last coal-fired unit in Poland will struggle with the defect until February 2022 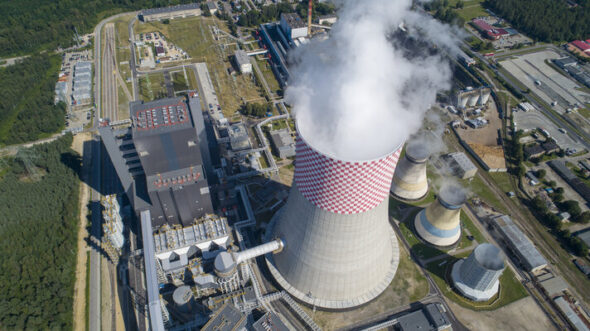 What goes on in Poland on the 3rd of August.

Construction of the Baltic Pipe gas pipeline in the Baltic Sea is progressing. Castorone has crossed with the Nord Stream 2 gas pipeline and is heading towards the economic zones of Poland and Denmark.

Saipem’s vessel built the Baltic Pipe despite bad weather conditions that prevented the Fortuna barge laying another kilometers of the disputed Nord Stream 2 nearby.

The intersection of the Baltic Pipe with Nord Stream 2 was carried out despite the concerns of some observers about the incidents. This is a technical matter regulated in the interconnection agreement with Nord Stream 2 AG, responsible for the gas pipeline from Russia.

Tauron and Rafako inform that the removal of the fault in the 910 MW unit of the Jaworzno Power Plant will last until February 25, 2022. – The aim of the works is to permanently remove defects in the area of ​​the block’s combustion chamber, which will ensure failure-free operation of the block in the long term, explains Sebastian Gola, president of the management board of Nowe Jaworzno Grupa Tauron. Mediations between Tauron and Rafako regarding financing and the scope of remedial works are conducted with the participation of the General Prosecutor’s Office.

The block commissioned in mid-November 2020 is the most modern unit of this type supported by a 15-year contract on the capacity market. It emits more than 30 percent less CO2 and 80 percent less SO2 and NOx. – Ultimately, the block in Jaworzno will reach a technical minimum of 37 percent. This is an important parameter because with lower demand for electricity, it is not necessary to turn it off and then on again. This is particularly important in the growing energy production from unstable renewable energy sources, reports Tauron.

Polish Briefing: Krynica Economic Forum – Europe of multiple speeds is the […]
Polish Briefing
What goes on in Poland on the 6th of September. Related posts: Polish Briefing: The market is waiting for Baltic Pipe. Open Season finished […]
More