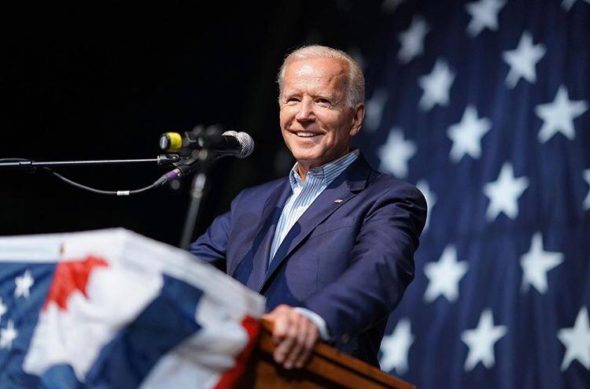 What goes on in Poland on the 22nd of March.

US President Joe Biden will come to Poland to talk about joint diplomatic activities in the face of the war in Ukraine. “A meeting with President Andrzej Duda will take place on March 26 ,” said the spokeswoman of the White House Jen Psaki.

“On March 26, there will be a meeting with President Andrzej Duda. The president will discuss how the United States, together with our allies and partners, is responding to the humanitarian and human rights crisis triggered by Russia’s unjustified war against Ukraine,” the White House statement reads.
An extraordinary NATO summit is scheduled to take place on Thursday. Poland has announced that it will propose a peace mission to Ukraine during the meeting. The Americans are cautious in this matter. “The president has made it clear that we will not be placing US troops in Ukraine. We do not want to escalate this conflict and turn it into a war with the United States. We will, however, support our NATO allies. As you know, we have troops in NATO countries, and the president has made it clear that if any of our NATO countries are attacked under Article V, we will support them,” said Linda Thomas-Greenfield, US ambassador to the United Nations.

Crude oil goes to Gdańsk, among others, from Russia

Poland still imports about 60 percent of its oil from Russia. However, the fuel reaching it via the Gdańsk oil terminal goes not only to the Polish market, but perhaps also to the Ukrainian one. This information remains confidential for security reasons.

“PERN guarantees its clients full service and flexibility with regard to unloading oil tankers, which are booked to arrive at the Naftoport on their behalf. Reloading takes place not only for Polish refineries, but also for foreign customers. The task of the oil port is to efficiently serve customers in the field of unloading and care for the safety of the quality of the crude oil unloaded from tankers,” explains the operator of oil pipelines in Poland.

“Over the last few years, PERN has significantly increased its crude oil storage capacity, which gives the flexibility to work with a wide range of crude oil types. The company built new tanks at the fossil fuel base in Gdańsk and the Oil Terminal in Gdańsk. In total, the capacity for the raw material increased by nearly 20 percent, i.e. by almost 600 thousand. cubic meters. These capacities appeared on the Baltic Sea, enabling the Polish state to effectively diversify crude oil supplies. The company also expanded its fuel capacity. In the last five years, as many as 13 new tanks with a total capacity of 350,000 m3 have been built throughout the country, which means an almost 20 percent increase in capacity,” PERN explains.

Polish Briefing: Sejm accepted the bill on capacity market
Polish Briefing
What goes on in Poland on the 7th of December. Related posts: Polish Briefing: Oil from the US will come to Gdańsk. New deliveries are on their way […]
More

Polish Briefing: USA advises against cooperation with Iran. A signal for Poland
Polish Briefing
What goes on in Polandon the 24th of October. Related posts: Polish Briefing: Oil from the US will come to Gdańsk. New deliveries are on their way […]
More