Polish Briefing: Castoro 10 on the final stretch of Baltic Pipe construction | Government analyzing the amount of support for the poorest electricity consumers 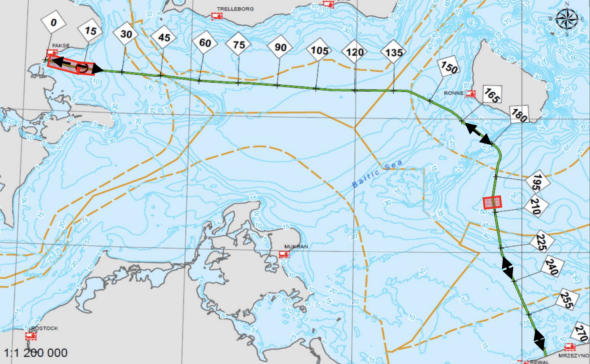 What goes on in Poland on the 12th of October.

Castoro 10 begins construction of the last kilometers of Baltic Pipe

Castoro 10, accompanied by Bever, EN Avant 30, Martine P, Aileen M anchors and research and supply vessels, has been around the Danish coast for almost a week, preparing to finalize the laying of the Baltic Pipe gas pipeline. Castoro 10 is a low draft barge dedicated to work in the shallowest coastal waters. Laying the last section of the Baltic Pipe should take until the end of October. Then the whole, 275 km of the Baltic Pipe, will be laid at the bottom of the Baltic Sea.

The media communication department of the Ministry of Climate and Environment has stated that Minister Michał Kurtyka urgently asked for the continuation of the draft regulations supporting the poorest electricity consumers. The scope of support is currently analyzed in terms of social and income groups and the number of people in the household.

“The project is at the stage of being entered onto the list of legislative and program works of the government – taking into account the current market situation, the Minister of Climate and Environment asked for its urgent continuation,” the department said. “The team is analyzing the current situation on energy markets throughout Europe, which, due to its dynamics, must be reflected in the draft regulation,” the statement said.

Last week, the Minister of Climate and the Environment, Michał Kurtyka, said that granting support to the poorest electricity consumers will depend, inter alia, on income, the number of household members, as well as the condition of the residential building. He then added that the work on legal solutions in this case was nearing the end. The scope of support is currently analyzed in terms of social and income groups and the number of people in the household.