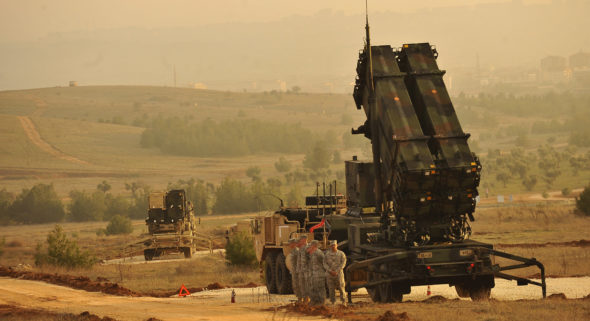 U.S. Service members stand by a Patriot missile battery in Gaziantep, Turkey, Feb. 4, 2013, during a visit from U.S. Deputy Secretary of Defense Ashton B. Carter, not shown. U.S. and NATO Patriot missile batteries and personnel deployed to Turkey in support of NATO?s commitment to defending Turkey?s security during a period of regional instability. (DoD photo by Glenn Fawcett/Released)

What goes on in Poland on the 25th of May.

The Ministry of Climate and Environment has presented a roadmap of a multi-annual program for the development of the use of geothermal resources in Poland. It was presented by Secretary of State Piotr Dziadzio.

The document consists of nine points of using the potential of the surface and subsurface crust of the earth. In total, in the years 2022-2050, the total co-financing of geothermal projects would amount to PLN 12.785 billion with the total expenditure at the level of PLN 49.327 billion. The support would therefore amount to 26 percent of the total capital expenditure. The total potential will allow the construction of installations with a capacity of 8 559 MW and 7.6 MW el. The money will come from the National Center for Research and Development, National Fund for Environmental Protection and Water Management, the State Budget, KPO, other European funds and private funds.

– We want to increase the share of geothermal energy in Poland. Currently, the share of this type of energy in the generation mix is ​​only 0.3 percent. Our goal is to raise this level to a few percent by 2050 – Dziadzio said.

Poland will buy six more Patriot batteries. This is the second stage of the construction of the Wisła air defense program, said Minister of National Defense Mariusz Błaszczak on Tuesday.

Błaszczak said in Polsat News that six more Patriot sets will be delivered to Poland. – We are consistently implementing the second stage of the air defense program. It’s not the final yet, we still have some time to go to the final – he said. He noted that in the first stage of the Wisła system implementation, two Patriot system batteries were purchased. Also on Twitter, the head of the Ministry of National Defense wrote on Tuesday “he signed an inquiry – Letter of Request for the acquisition of 6 Patriot batteries with omnidirectional radars, launchers and a supply of missiles”. He added that “we are starting the second phase of the Wisła air defense program”.

Polish Briefing: Poland still has some time for the RES goal
Polish Briefing
What goes on in Poland on the 27th of March. Related posts: Polish Briefing: The EC organizes a meeting on air quality. Poland not invited Polish […]
More