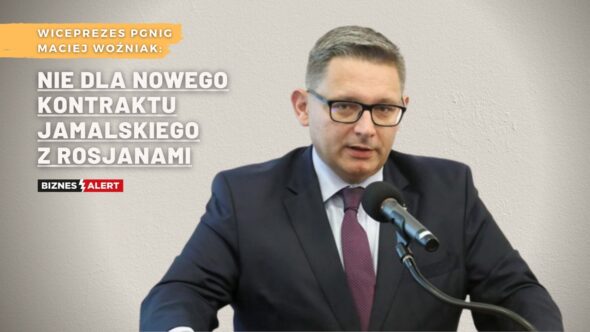 What goes on in Poland on the 15th of February.

The record increase in the cost of CO2 emission allowances in the EU ETS prompted Polish energy companies to demand a reform of this system. Moreover, because of energy security they will have to use coal longer. “If anyone expects us to shut down these power plants, they are wrong,” they warn.

Polish energy companies established the Polish Power Plants Association (TGPE) to promote knowledge about the energy sector. They launched an information campaign on power prices, also visible on BiznesAlert.pl, which caused a political dispute in Poland due to reservations about its message.

“We wanted to bring people closer to what the price of energy consists of,” explained Ryszard Wasiłek, president of the TGPE. In his opinion, without charges for CO2 emissions, the price of energy would have to drop, and there is a need to reform the EU ETS emissions trading system. TGPE argues that the campaign is not anti-EU, although it does not answer the question why the EU flag was used in it in a negative context.

“If the European Commission realizes that Polish power plants bear 60 percent of the cost of CO2, or even 70 percent, I think it will be easier for us to convince others to carry out at least one of the reform options. I understand there are different circumstances to everything, but let us not lead to a situation that has taken place, because this is not how the EU ETS should operate. If I emit, I bear the consequence, but the funds should be accumulated in the country,” said the president of TGPE. This was the answer to BiznesAlert.pl’s question about the reception of the campaign, which in the opinion of some participants of the public debate may be perceived as anti-EU.

Former PGNiG top manager: No to the new Yamal contract with Gazprom

“Any negotiations with Gazprom and Russia undertaken this year will end with the extension of the current agreement. And this (the Yamal contract) is a contract – I can say it with full responsibility – unfavorable for the Polish market. And it should not be continued,” says Maciej Woźniak, vice-president of PGNiG for trade in 2016-2020, in an interview with BiznesAlert.pl.

” It is badly written, outdated, and not in keeping with modern requirements. I remember during the analyzes and preparations for arbitration before the Court in Stockholm, during one of the long evening meetings, our lawyers and experts joked that the Yamal contract corresponds to modern standards, just like the Volga from the 1980s to a new Mercedes – like a four-door limousine, it also goes from A to B, but it breaks down every now and then, the paint sticks to the rust, and the operating costs are absurdly high – Woźniak said.

“Most of all, this contract is very risky for Poland and the Polish market. What we managed to improve in this agreement in the course of the arbitration in Stockholm in 2016-2019 is a colossal change. But we remember how much resistance the Russian side put up. More cannot be changed in this contract without negative concessions on our part. Therefore, this agreement must disappear from the legal order in Poland once and for all – it is not worth prolonging this nightmare. That is why the management board of PGNiG where I had the pleasure to work decided in 2019 – approved by the Minister responsible for Energy – to inform the Russian side about the lack of will to continue the contract after 2022. I am glad that the current authorities of PGNiG also exclude the extension of the Yamal contract,” he said.

Polish minister speaks of a nuclear deal with Westinghouse

The Polish Minister for State Assets Jacek Sasin has admitted in the media that Poland is interested in American Westinghouse’s nuclear technology, and is in talks with U.S. institutions on a financing scheme, including the shareholder ownership in a company dedicated to nuclear energy program in Poland.

Sasin has met the U.S. Energy Secretary Jennifer Granholm. “We did get an assurance from Mrs. Secretary on full support and cooperation in the context of big scale nuclear energy, the conventional one,” he told journalists in Washington. “We did hear an assurance that the pace of work on starting a big nuclear power plant investment, which we want to develop in partnership with Westinghouse company, will be stepped up. We have also heard about highly advanced works on acquiring American capital investment in this project. Those are specific pieces of information, the totals and subjects which are to be engaged in this project with help from American capital,” he said.

Polish Briefing: More gas for Baltic Pipe incoming
Alerts GAS Norwegian Corridor Polish Briefing
Polish PGNiG informs that the drilling of an exploration well on the Warka prospect in licence PL1009 in the Norwegian Sea has been successfully […]
More