Polish Briefing: “Fit for 55 does not seem to respond to social challenges” | PSE will spend PLN 35 billion on network development in 10 years 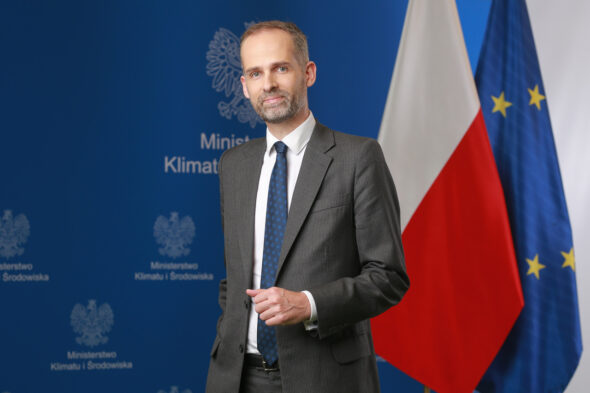 What goes on in Poland on the 26th of January.

Guibourgé-Czetwertyński: Fit for 55 does not seem to respond to social challenges

Just transition, rising energy prices, energy efficiency, the hydrogen economy and the fight against deforestation are just some of the topics during the informal meetings of EU ministers for environment and energy. The events that took place on January 20-22, 2022 in Amiens, France, were attended by Deputy Minister of Climate and Environment, Adam Guibourgé-Czetwertyński.

Deputy Minister Guibourgé-Czetwertyński stressed that in order to be successful in a deep transformation of the economy – from energy production to production, transport and consumption of goods – Poland and other countries must carry out this process in such a way that the changes are beneficial for everyone.

“We need people-oriented solutions, especially the most vulnerable groups. The proposed architecture of the “Fit for 55” package does not seem to respond to the social challenges. Thus, the acceptability of the transformation itself may be limited. One should be very careful with changes that may lead to an increased burden on the society, and at this stage adequately address the risk of increasing energy poverty,” he said.

“That is why we do not see the legitimacy and effectiveness of introducing the system of trading in allowances for transport and buildings. There are also worrying attempts to shift the burden of effort to less affluent societies in the EU, visible, for example, in the discussion on goals in the non-ETS or on support mechanisms,” he added.

“From the point of view of investment outlays, in the next 10 years we will spend PLN 35 billion on network development. This is a huge amount of money, which, if compared to gas units, would allow us to build two gas blocks a year,” said Tomasz Jakubowski, operational director at Polskie Sieci Elektroenergetyczne, Poland’s grid operator, during the POWERPOL 2022 congress.

“The Fit For 55 package directly affects the transmission network operator, but for us the basic document is PEP2040. We see a huge decentralization of generation sources. By 2030, several Giga Watts in conventional energy will be converted to gas. Taking into account new generation sources such as renewable energy sources, we must prepare the transmission networks. The system looks different in case of renewable energy and different in case of conventional power plants, even when it comes to the regulations,” Jakubowski explained.

“Today, we have 8.4 GW in new, signed contracts, in addition, the network must transmit power from the nuclear power plant at the level of 3.9 GW. And all this requires resources, not only on our side as TSO, but above all on the distribution side,” he added.