Polish Briefing: Gas supplies via Baltic Pipe are not at risk | “The energy transition requires a pragmatic approach to coal” 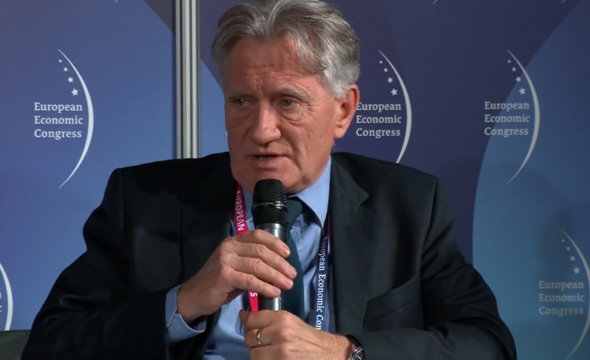 What goes on in Poland on the 12th of May.

Gas supplies via the Baltic Pipe are not at risk, says former head of PGNiG

“During my presidency at PGNiG, we have prepared everything necessary for the Baltic Pipe gas pipeline to be fully filled with gas,’ said Piotr Woźniak, former president of PGNiG, in an interview with TOK FM radio.

According to the former president of PGNiG, Poland will not experience a radical difference in the price of fuels after switching suppliers from Gazprom to other companies. “Many countries have already prepared in advance for a possible stoppage of gas supplies. At PGNiG, we made every effort to ensure that gas prices in contracts concluded with the USA or Qatar were lower than those supplied from Russia. And we managed to do it. Prices on the European market have unfortunately stabilized at a high level. These prices, in my opinion, will remain at this level. This is due to the global market situation,” he said.

Woźniak does not believe that it was a mistake to index gas prices to the stock exchange instead of oil. “It is not true that it was a mistake to index the price against the stock exchange. We connect with Western markets. We want to cooperate with them. Our competitiveness against Western partners should be measured in exchange prices. The quotation for oil does not have to be favorable. So far, only now we have such a situation. Earlier, for many years, indexation to oil was not beneficial from our point of view,” he added.

“The energy transition requires a pragmatic approach to coal”

“The energy transition towards a low-carbon economy remains valid, but growing consumption is causing an increased demand for all energy sources, including hydrocarbons; hence a more pragmatic approach to coal is needed,” said the president of PGG, Tomasz Rogala, in an interview with Radio Piekary.

The president of Polska Grupa Górnicza (PGG) emphasized that one of the active forms of fighting Russian hydrocarbons should be the reduction of energy consumption. “This is the path to less demand,” he said.

“It seems to me that the approach should be more pragmatic – because as far as the direction towards zero-emission economy and the change of energy sources is concerned, the policy of the European Commission has not changed. The year 2050 remains the year of transition to a zero-emission economy,” added the president of PGG.

Polish Briefing: More gas for Baltic Pipe incoming
Alerts GAS Norwegian Corridor Polish Briefing
Polish PGNiG informs that the drilling of an exploration well on the Warka prospect in licence PL1009 in the Norwegian Sea has been successfully […]
More

Polish Briefing: Opposition wants the Supreme Audit Office to control the Krupiński Mine
Polish Briefing
What goes on in Poland on the 12th of April. Related posts: Polish Briefing: Krynica Economic Forum – Europe of multiple speeds is the […]
More