Polish Briefing: Talks on gas with Ukraine in Warsaw | Orlen up for more offshore licenses and new gas investments 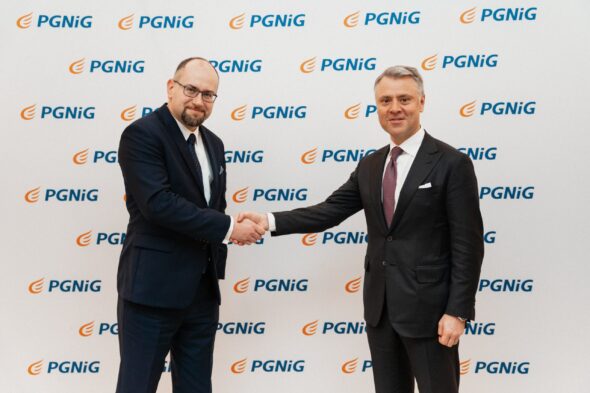 What goes on in Poland on the 25th of January.

PGNiG informed it was in talks with Ukraine’s Naftogaz on joint extraction of gas in Western Ukraine. The Ukrainians also met with PKN Orlen and Gaz-System to talk about biogas and gas transport via Poland to Ukraine.

BiznesAlert.pl found that Ukraine’s Naftogaz is talking about cooperation with PGNiG and PKN Orlen on biogas in order to increase gas supply in Poland and Ukraine and reduce dependence on gas imports. The Ukrainians are also talking with the Polish Gaz-System about the limitations of the transmission infrastructure in Poland, which make uninterrupted transmission to the east impossible. The idea is to seamlessly deliver gas from the LNG terminal or the Baltic Pipe to Ukraine.

The talks with Naftogaz are taking place in the face of the growing tensions on the border between Ukraine and Russia. NATO warns against the possibility of an by Putin’s regime.

Orlen has submitted three new applications for permits for offshore wind farms. The company also hopes that the capacity market will allow it to finance new gas power plants in Grudziądz, Gdańsk and Włocławek.

“We want to build 1,200 MW in the Baltic Sea together with our Canadian partner, we plan to put it into operation in 2026. Orlen has very high aspirations. We will submit further applications. Two days ago, we submitted two applications for two new locations, and previously one application. When the locations are revealed, we will submit applications and we hope that Orlen will become a major player in offshore wind energy,” said Jarosław Dybowski during the Polish PowerPol Energy and Heating Congress, quoted by the Polish Press Agency.

“We tested the financing options for the construction of the Ostrołęka power plant. We must remember that gas projects must have support. We have won the capacity market auction – we have two capacity contracts, for Ostrołęka and Grudziądz,” he said. “The interest of banks has even exceeded our expectations a bit when it comes to Ostrołęka. We expect a similar interest in Grudziądz. If we hurry with the project in Gdańsk, and everything indicates that we want to do it at a fast pace, the banks will also have appetite for financing gas projects,” he assured.

Polish Briefing: The MAP team will convince trade unions to Orlen, Lotos and PGNiG merger […]
Polish Briefing
What goes on in Poland on the 27th of August. Related posts: Polish Briefing: Will combined Orlen and Lotos challenge PGNiG? Raw material policy will […]
More

Polish Briefing: Still no change of Naftogaz’s CEO, PGNiG still without a deal
Polish Briefing
What goes on in Poland on the 23rd of March. Related posts: Polish Briefing: Poles want to diversify sources of gas supply to pay less and feel safer […]
More