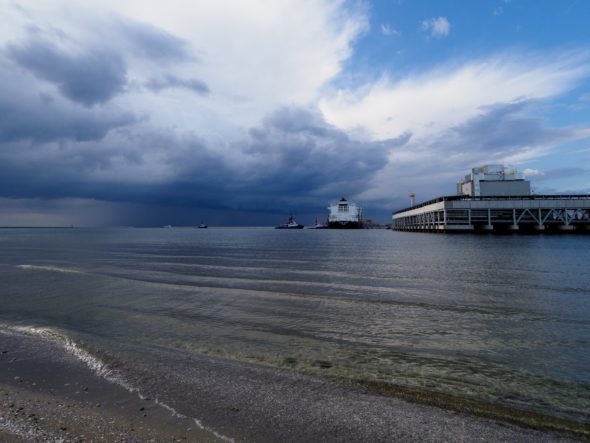 What goes on in Poland on the 16th of November.

Gaz-System has received the first delivery of equipment for the new SCV regasifiers for the LNG Terminal in Świnoujście. The coils in which the flowing liquefied natural gas turns into a gaseous state have arrived at the site.

The delivery was carried out according to the schedule. The next batch of equipment needed to expand the terminal is planned in the coming weeks and will include blowers, then burners, pressure vessels and suction HP pumps.

The first stage involves the addition of two new regasifiers (up to five existing) and cryogenic pumps, which will increase the functionality and technical capabilities of the terminal. The most important devices were ordered as part of investor deliveries in October and November 2019. The extension is scheduled for completion by the end of 2021.

The second stage includes the construction of a third tank (slightly larger than the two existing ones – with a capacity of 180,000 cubic meters) and a second quay with a ship stand for unloading, loading and bunkering LNG.

The construction phase of the second stage is scheduled to start in the first quarter of next year. Works should be completed in December 2023.

Polish Briefing: Gaz-System will sign a contract for LNG Terminal expansion
Polish Briefing
What goes on in Poland on the 20th of February. Related posts: Polskie LNG is initiating a tender procedure for the expansion of the LNG Terminal in […]
More