Polish Briefing: High gas prices will persist in the coming years | The president signed an amendment on forests and nature protection 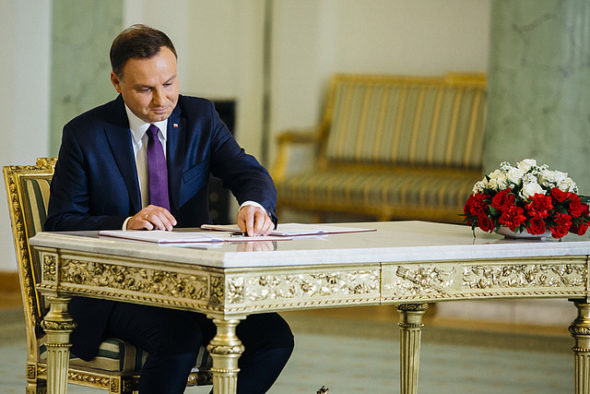 What goes on in Poland on the 11th of January.

High gas prices will persist in the coming years

Natural gas prices will remain high not only in the current heating season, but also in the spring and summer of 2022. They are also likely to increase again in the winter of 2022 and remain so in the following years, the Ministry of State Assets (MAP) said.

“The uniqueness of the current situation and the difficult to define time horizon of disturbances in the energy and gas markets in the European Union mean that not only in the current heating season, but also in the spring and summer period of 2022, gas prices will remain at a very high level, which means that there is a high probability of another significant price increase in the winter of 2022, which will persist in the following years,” wrote the ministry, pointing to the need for the government to adopt a draft law on special solutions to protect gas consumers in connection with the situation on the gas market.

“Taking into account the above, it is not possible to forecast the end of the ongoing crisis and the size and scale of the direct and indirect socio-economic impact that, from the beginning of the heating season 2021/2022, will be felt by entrepreneurs, households, residents of multi-unit buildings and other gas consumers , in particular, vulnerable recipients such as hospitals, schools, kindergartens, nurseries or cultural institutions,” we also read.
The reason for this state of affairs was indicated: “increased demand for gas in Europe and Asia and, at the same time, a reduced supply from the main suppliers, mainly from Russia”, causing “natural gas prices on global and European exchanges, Polish Power Exchange to reach a drastic, unprecedented increase in prices”.

The president signed an amendment to The Acts on Forests and Nature Protection, which is a reaction to the call of the European Commission to remove inaccuracies, including the Habitats Directive and the Birds Directive, the Chancellery of the President informed.

“The purpose of the act is to introduce changes to the Act of 28 September 1991 on Forests and the Act of 16 April 2004 on Nature Protection. The explanatory memorandum to the draft act indicates that the introduced changes are primarily the result of analyzes of practical experience in the application of the provisions of the above-mentioned Acts, and are aimed at eliminating the identified problems, improving the actions taken and clarifying the doubts that arise,” the press statement says.

The Act is also a reaction to the call of the European Commission for removing certain provisions from the Polish law. In its request, and then in the opinion, the European Commission indicated that the provisions of the Act on Forests and the ordinance of the Minister of the Environment on the requirements of good practice in the field of forest management, the so-called Code of Good Practice, result in violation of the Directives on the Protection of Natural Habitats and Wild Fauna and Flora, the so-called the Habitats Directive, as well as the Directive on the Conservation of Wild Birds, the so-called the Birds Directive.

Polish Briefing: Revision of the gas directive will give transparency. Poland will be […]
Polish Briefing
What goes on in Poland on the 22nd of February. Related posts: Polish Briefing: Morawiecki promises millions for a fight against smog. Resistance […]
More

Polish Briefing: Financing model for Polish nuclear power to be released this year
Polish Briefing
What goes on in Poland on the 18th of October. Related posts: Polish Briefing: Morawiecki promises millions for a fight against smog. Resistance […]
More