Polish Briefing: Updated proximity act to be added to the government docket 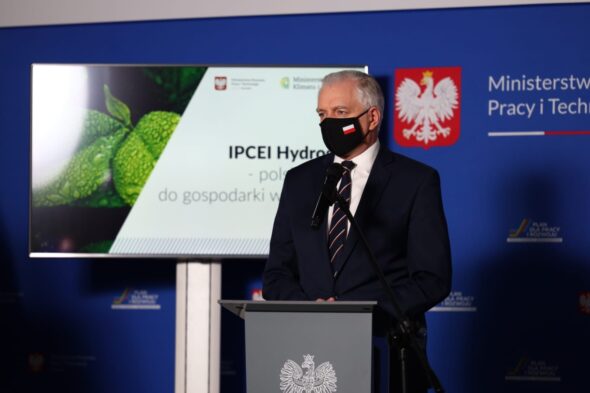 What goes on in Poland on the 8th of March.

The liberalized proximity act to be added to the government schedule

“We have prepared an act amending the 10H principle in the proximity act. It is not about changing the distance, but giving more voice to the local community in making decisions,” said Jarosław Gowin, Deputy Prime Minister and Minister of Development, Labor and Technology (MRPiT) at a press conference.

This is an extension of the project initially prepared last year. “To that version, however, we had to add many solutions that we consider necessary, or that resulted from comments from our partners, such as the Office of Technical Inspection,” Gowin explained. When asked about the pace of legislative work, he said that “we are waiting impatiently for the project to be included in the list of works of the Council of Ministers”. “I will propose to make this project part of the Polish New Deal,” he promised. “We hope it will be adopted in the coming weeks,” he stated.

The purpose of the changes is to make the principle of locating wind farms at a distance not shorter than 10 times the height of the turbine from buildings (the so-called 10H rule) less rigid. In the opinion of MRPiT, considering the technological progress and scattered development in Poland, the rigidity of the 10H rule excludes a large portion of the country’s territory from building wind farms. The ministry emphasized that the 2016 regulations prevented the construction of farms where residents agreed to such investments, and where municipalities wanted to host them and collect taxes for their operation. According to the ministry, in order to set up a wind farm first a spatial development plan needs to be drafted. During that process all the doubts expressed by the local residents need to be dealt with.

The 10H principle is to be maintained, but made more flexible. Municipalities interested in building onshore wind farms on their territory will be able to reduce this distance as part of the compulsory spatial development plan and environmental impact assessment. The ministry wants to introduce a minimum, necessary distance of 500 meters between the wind farms and buildings, as well as obligatory consultations in the course of the implementation of the spatial development plan. Consultations are also to take place at the planning stage. The department’s goal is to grant the citizens access to complete information on the investment plan.

Polish Briefing: Works on the offshore act and achieving the RES goal
Polish Briefing
What goes on in Poland on the 13th of October. Related posts: Polish Briefing: A factory for photovoltaic components may be built in Upper Silesia […]
More

Polish Briefing: Ministry of Climate supports RES investors’ demands in response to […]
Polish Briefing
What goes on in Poland on the 30th of March. Related posts: Polish Briefing: Poland calls on the EC to support RES due to coronavirus Polish […]
More