Polish Briefing: Polish MFA calls for the dispute between Ukraine and Russia to be resolved through diplomacy | Poland-US talks on the SMRs 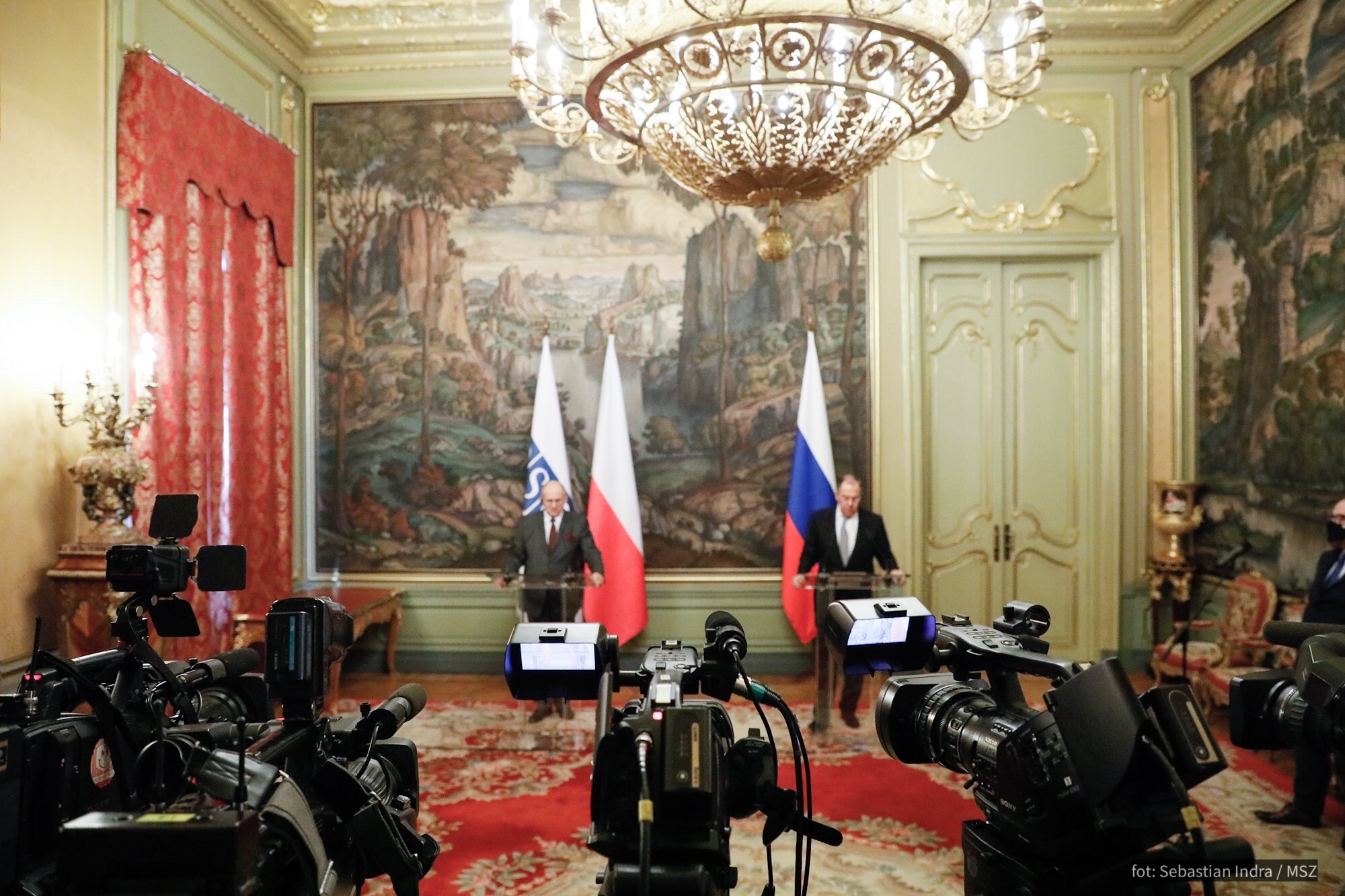 What goes on in Poland on the 16th of February.

Zbigniew Rau, Minister of Foreign Affairs, paid a visit to Moscow. After meeting with his Russian counterpart Sergey Lavrov, he called for the dispute between Russia and Ukraine to be resolved by diplomatic means.

According to the Ministry of Foreign Affairs, the ministers discussed the current situation in and around Ukraine and the initiative of the OSCE Renewed Dialogue on European Security. “The situation around Ukraine remains extremely tense and is threatening to escalate even more. The Polish presidency of the OSCE is taking all measures to prevent it and reduce the current tension,” said the head of the Ministry of Foreign Affairs, Zbigniew Rau, after the meeting with Lavrov.

“The only way out of the current crisis is diplomacy. The OSCE can and should be used in efforts to defend peace in Europe. The organization was established to solve the problems we are currently dealing with,” Rau added.

Minister of State Assets Jacek Sasin visited the US on the occasion of the Polish state-owned company KGHM signing a letter of intent on SMRs with NuScale Power. However, he also talked about large nuclear power plant, a project Minister Piotr Naimski is responsible for. Poles are counting on technology and financial support from the Americans.
“The USA is a strategic partner for Poland. A thank you to Mrs. Jennifer Granholm, Energy Secretary, for meeting me. First of all, we talked about specific business solutions in the field of nuclear energy and the threats resulting from the current situation in Ukraine, “wrote Minister of State Assets Jacek Sasin on Twitter after a meeting with Secretary Granholm in Washington.

“We received an assurance from the Secretary of Energy about full support and cooperation in the field of large-scale nuclear energy, the conventional one,” he said at a meeting with journalists after talks at the US Department of Energy. “We heard an assurance about the accelerating works on bringing about the commencement of the investment of a large nuclear power plant, which we want to implement in partnership with Westinghouse, we also heard about the already well-advanced works to obtain American capital for this investment. This is specific information and specific sums and entities willing to get involved in this project with the participation of American capital,” he revealed.

Polish Briefing: The final of the Polish and Ukrainian initiative for LNG for Eastern […]
Polish Briefing
What goes on in Poland on the 18th of May. Related posts: Polish Briefing: Denmark won the war of nerves in case of Nord Stream 2. Russia is […]
More