Polish Briefing: Money for Poland for the KPO may depend on cooperation with CJEU | The West cuts Lukashenka’s access to currencies. Banks like PKO BP are closing accounts 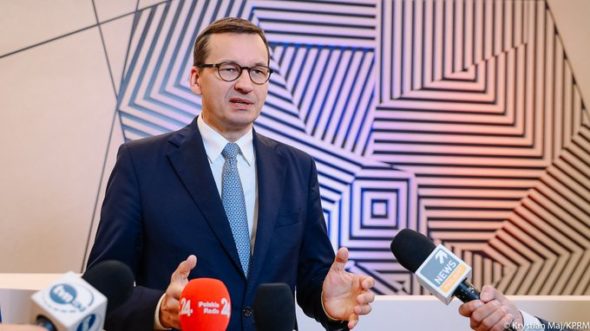 What goes on in Poland on the 15th of September.

RMF FM: Money for Poland for the National Recovery Plan may depend on cooperation with CJEU

According to the RMF FM radio station, funds for the National Recovery Plan (KPO) in Poland will be transferred only if all judgments of the Court of Justice of the European Union are implemented. Funds from the KPO are to finance, among others, the megaprojects of energy transformation.

RMF FM reports that the European Parliament has called on the European Commission and the Council of the European Union to transfer funds to the KPO only if the CJEU rulings on media freedom and the rule of law are implemented. The vote on the matter is scheduled to take place on September 15th and the debate on the afternoon of September 14th. It is about EUR 36 billion, a significant part of which is to be allocated to the energy transformation, the development of renewable energy sources, such as offshore wind farms.

PKO BP and other Western banks are closing accounts in Belarus due to US and European Union sanctions introduced in response to the hijacking of a Ryanair plane with an opposition journalist on board.

The Nasza Niwa website reports that the Belarusian government will have a problem with financing. Western banks are closing euro and dollar accounts, depriving Lukashenko of access to these currencies. Belarusbank, Belinvestbank and Belagroprombank lost their accounts at Deutsche Bank, Commerzbank, DZ Bank, Unione di Banche Italiane and Poland’s PKO BP. Even Russia’s Sberbank, VTB and Rosselkhozbank have refused to deal with Belagroprombank.

This change delays the work of the banking sector in Belarus. It will now take two weeks instead of several hours to make a transfer. Dictator Alexander Lukashenka has called this move “piracy”, but this is a response to the hijacking of a Ryanair plane by Belarus to imprison journalist Roman Protasevich, who is now involved in promoting the administration in Minsk through state media and is unable to leave the country.

Polish Briefing: San Leon Energy will sell a part of concessions for gas and oil […]
Polish Briefing
What goes on in Poland on the 20th of September. Related posts: Polish Briefing: Poland and China are performing a new opening in bilateral relations […]
More