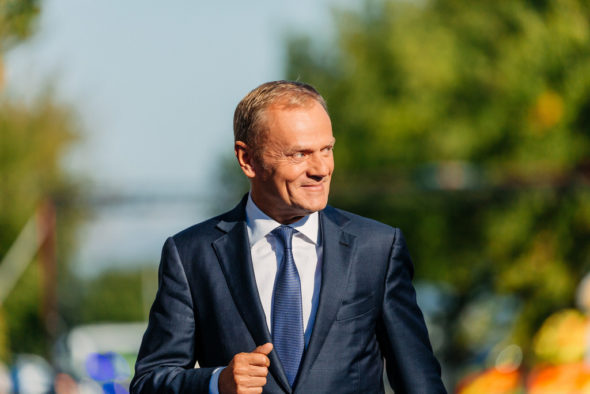 What goes on in Poland on the 29th of November.

“Nord Stream 2 is the biggest mistake of Angela Merkel, who was helpless in the face of the lobbying force of German businesses,” said the leader of the Civic Platform Donald Tusk during a conference in Gdańsk.

Tusk pointed out that from the point of view of the interests of the European Union, Nord Stream 2 is a bad project. He added that Angela Merkel was helpless in the face of the lobbying force of domestic businesses. “She admitted this during one of our conversations,” he said.

According to Tusk, the continued readiness of the Germans to cooperate in the energy sector with Russia may be detrimental to them. “I have done my best to make the EU independent of gas supplies from Russia, incl. by establishing an energy union, i.e. a Community gas purchase mechanism,” Poland’s former prime minister recalled.

He stressed that many member states were not interested in “creating joint resistance to the construction of Nord Stream 2”. “Among the countries that did not mind the project were, among others the Netherlands, Austria and Hungary, and the Czech Republic emphasized neutrality,” said Donald Tusk.

The aim of the project is to promote the Polish nuclear industry in France and in third countries. The World Nuclear Exhibition in Paris is the largest of its kind in the world and attracts players from all over the globe. The current fourth edition of this fair will attract nearly 18,000 visitors and 700 exhibitors from all over the world.