Polish Briefing: Orlen presents a hydrogen strategy | What’s next for the Turów Mine license? 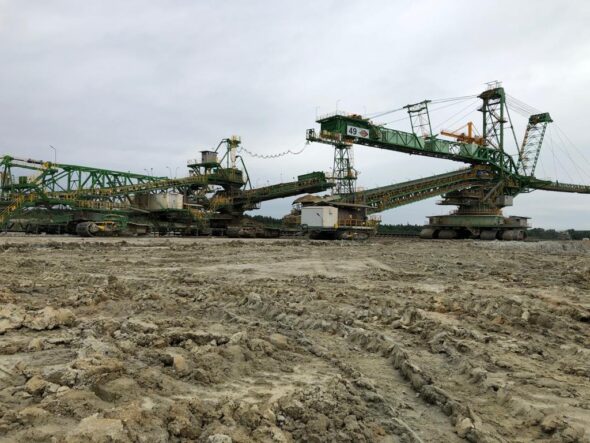 What goes on in Poland on the 3rd of February.

During a press conference, the president of PKN Orlen, Daniel Obajtek, presented the assumptions of the company’s hydrogen strategy, which specifies the company’s goals with regard to the hydrogen economy set against timeframes. During the presentation, representatives of the management board justified the choices made.

“The world, business and regulatory environment are changing. Hydrogen has been talked about for 20 years, but the world has accelerated its approach to climate,” said Obajtek. He presented the company’s hydrogen economy goals. By 2030, Orlen is planning to spend PLN 7.5 billion in this area, of which over PLN 4.4 billion is to be allocated to investments in the automotive sector. By that time, the company plans to build 540 MW of capacity from new low- and zero-emission hydrogen generation sources. After 2030, the ambition of the company is to have 1 GW of such capacity.

About 50 percent of the hydrogen produced at PKN in 2030 is to come from zero- and low-emission technologies. As argued by Daniel Obajtek, this action will save 1.6 million tons of CO2 emissions. In addition, 100 hydrogen stations are to be built by 2030; 57 are to be in Poland, 28 stations in Slovakia and 26 in the Czech Republic. 10 hydrogen hubs are to be built for the automotive sector.
“This trend cannot be reversed. We emphasize that this should proceed as accelerated evolution, not revolution. This requires large investments, which are expensive and which, to a large extent, must be transferred to customers for economic reasons,” emphasized the president of PKN Orlen.

What’s next for the Turów Mine license?

As a result of a complaint filed by non-governmental organizations, the Provincial Administrative Court in Warsaw lifted the rigor of immediate enforceability for the environmental decision issued by the Regional Director for Environmental Protection regarding the open-pit mine in Turów.

The decision was issued by this authority in 2020. Making it immediately enforceable made it possible to initially extend the mine’s operation until 2044. Environmental organizations engaged in the issue and successfully blocked the feasibility of the long-term decision. In this situation, the Turów mine has only a short-term decision, which allows the mine to operate until 2026.

In the current situation, if Polska Grupa Energetyczna applies for an extension of the license for the years 2040-44, it will have to restart the entire procedure in order to issue a new environmental decision. Restarting the environmental procedure may prove to be a very difficult task, as public opposition in this matter will be even greater. Greenpeace Polska and other entities that have filed the complaint against the license until 2044, have shown that they are not afraid of courts and will fight to start the transition process as soon as possible.